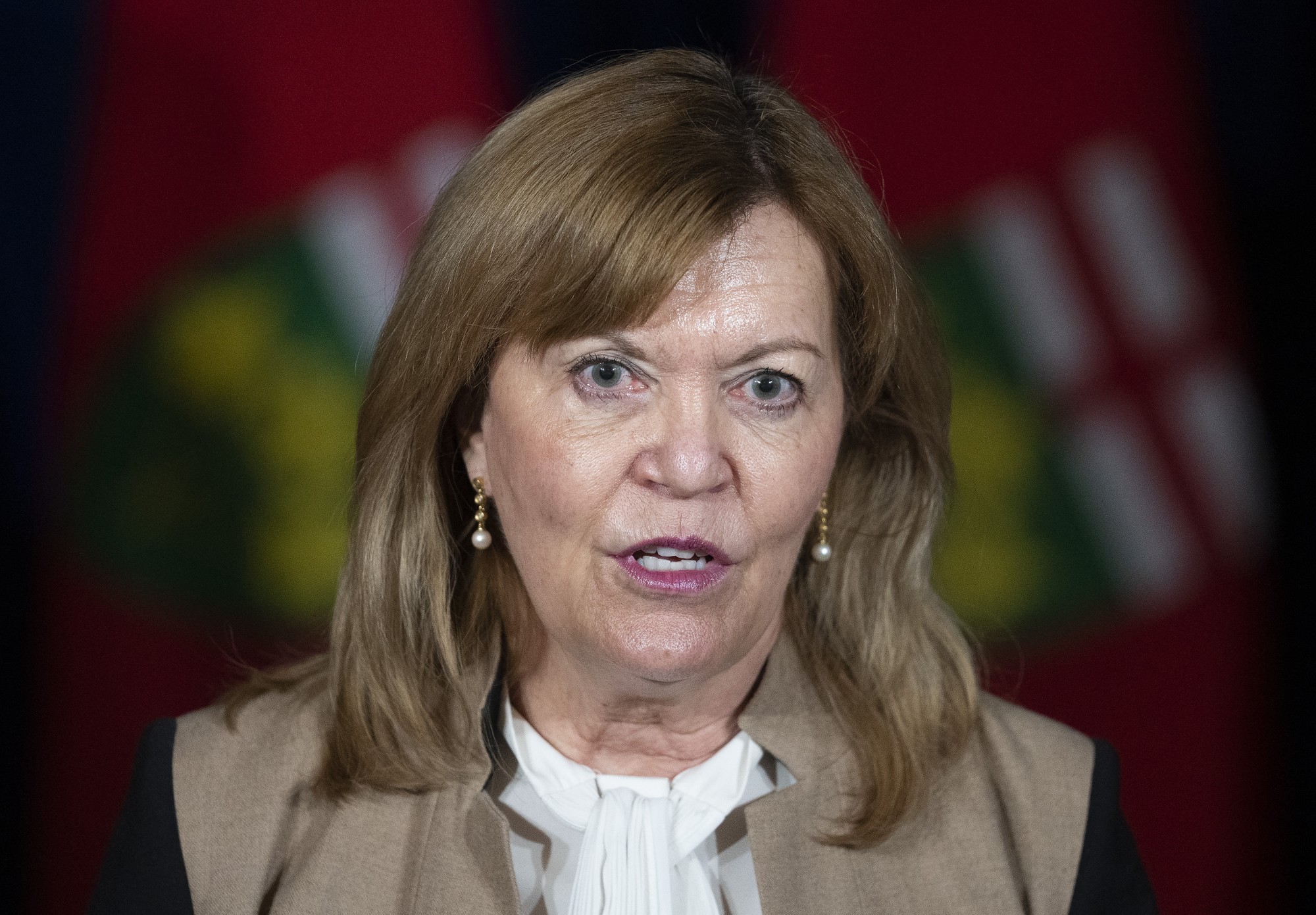 Ontario residents are now able to pick up or order free COVID-19 antigen tests across thousands of grocery stores, pharmacies and other agencies.

Ontario is also lifting a directive that ordered hospitals to bring a halt to non-urgent surgeries, Minister of Health Christine Elliott said Wednesday while announcing the rapid test expansion.

“Rapid tests are providing another layer of protection and offer the public an additional tool to confidently do the things they love, like visiting family or dining at their favourite local restaurant,” Elliott said as she made the announcement at a Kitchener Walmart.

The province plans to distribute 5.5 million tests a week with a target of handing out 44 million of the units over an eight-week span, a government news release revealed.

Tests will be made available at 2,385 participating storefronts and through nearly two dozen community-focused agencies including food banks and religious centres.

Each household will be limited to one box containing five tests per visit or order, officials said.

The rapid test initiative comes after the province recently restricted access to the more reliable PCR tests, which are largely being saved for those working in healthcare.

Denise Zimmer, who works with children and also provides senior home care in Guelph, said free tests will bring more stability to those who work with vulnerable groups.

When she was sick recently, Zimmer had to get a rapid test from a friend to determine whether she was infected with COVID-19, a request she can now avoid in the future.

But Zimmer told Humber News that she won’t rush out to pick up a box of rapid tests just yet because she’s concerned she might take one away from someone who needs it more urgently.

“They need to be treated like they’re gold and so I wouldn’t want to see people hoarding them,” she said, referencing what happened with the first batch of widely available rapid tests that snapped up last year.

“I’m calling on the government to ensure we don’t see a repeat of the rapid test chaos that happened in December — where people lined up for hours to get their hands on tests, and an underground market of rapid test resales emerged,” Schreiner said.

He acknowledged the testing expansion as a positive.

“As Ontario reopens, expanded testing will allow us to better track and respond to the spread of COVID-19,” the Guelph MPP said.

Guelph resident Leah Christensen, who along with her partner receives an income from home, said that she doesn’t find getting a rapid test for herself necessary, but would consider carrying a box of tests with her in case someone needs one.

“What if we could access COVID tests the way we could access Narcan?” she said in reference to the life-saving medicate used to treat overdoses on-location that some carry with them on a daily basis for emergency use.

For Jenny Davidson, a small business owner working in southern Ontario in alternative health, the rapid tests bring the ability to find relief.

“Being able to access them is a great idea because then we can be testing and you can have a sense of relief in knowing that you’re okay,” Davidson said.

Officials maintain that testing is not a replacement for other preventative methods.

“While testing is a critical component in our response to COVID-19, vaccination remains the best defence against the virus and its variants,” chief medical officer Dr. Moore said in a statement.

Elliott emphasized the need for vaccine passports and other coronavirus restrictions as essential to the province’s reopening plan that will see most spaces open to 100 per cent capacity by March 14.

Elliott held firm to her government’s stance that eligible Canadians should get fully vaccinated, including a booster shot as it reopens in a “cautious and prudent way.”