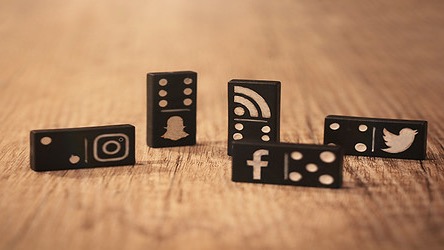 A gambling addiction was an obstacle for Mark Dzwigala, a Canada Post employee, and the adrenaline it offered him gripped his life for three years.

He said the addiction controlled him between 2015 to 2017, and he realized he needed help when his family noticed he wasn’t attending family functions as often, and spent much of his spare time with friends at casinos.

“When my ex-wife and I divorced nine years ago, that’s when I really started to use gambling and drinking as a distraction and if it wasn’t for my family’s support, I wouldn’t be in the position that I am today,” Dzwigala said.

The pandemic forced casinos to close and the province allowed online betting for single sporting events through Proline beginning Aug. 27, 2021, according to the Ontario Lottery and Gaming Corporation.

A study during the first six weeks of COVID-19 mandates in Ontario showed that those who are vulnerable to high-risk gambling and alcohol misuse have increased their gambling activity. The study by researcher Alex Price, with the Responsible Gambling Council in Toronto, suggested triggers for this addiction can be as simple as opening a laptop.

Neil Turner, an independent scientist with the Institute for Mental Health policy research at CAMH in Toronto, said an effect of the pandemic is isolation and when combined with the “high of gambler’s fallacy, it can lead people down a path of addiction.”

He said gamblers win enough to create feelings that they think they’re due for another win, when they instead lose.

Battling to stay in control of the addiction can have a harmful impact on finances, relationships, and mental health, according to a 2020 U.K. research project and survey of 2,096 people by the Money and Mental Health Policy Institute.

The study found the “design of online gambling environments, including the ease of making a deposit and nudges in game design, can be a toxic combination with common symptoms of mental health problems, such as increased impulsivity and reduced problem-solving ability.”

Price’s research found about a five per cent decrease in employment among addicted gamblers. Concerns about money, stress, anxiety and depression are also challenges faced by problem gamblers, according to the Mental Health Foundation in the U.K.

Turner said several studies showed that gambling releases dopamine, a chemical in the brain that plays a role in feeling pleasure.

“Dopamine consolidates the memory of the behaviour that you just did, and makes you happy when dopamine floods, and your brain says, ‘I can do that again to consolidate that link,'” Turner said.

He said those links lead the problem gamer to gamble, and those feelings become stronger over time.

Advertisements can also be a trigger, with about 85 per cent of those with mental health challenges saying they feel overwhelmed, according to Money and Mental Health Policy Institute. This may also increase gambling for younger audiences.

According to a study published in Frontiers in Psychiatry, people aged 18 to 20 are more likely to bet more than they can acquire and have gambler’s fallacy. As gambling becomes more prevalent through digital form, risks for addiction and mental health challenges are high, the study suggested.

“A lot of the online gamblers we’re getting are in their 20s and 30s, running up very large debts,” she said. “The government is now legalizing this making websites accessible to go on and just put your debit or credit information online, and there are thousands of gambling sites with no form of blocks,” Rossi said.

CAMH said symptoms of gambling addiction include a loss of motivation, changes in eating or sleeping habits, less spending on day-to-day items, and may be withdrawn from relationships. Anyone seeking help for gambling addiction is urged to contact CAMH or Gamblers Anonymous.