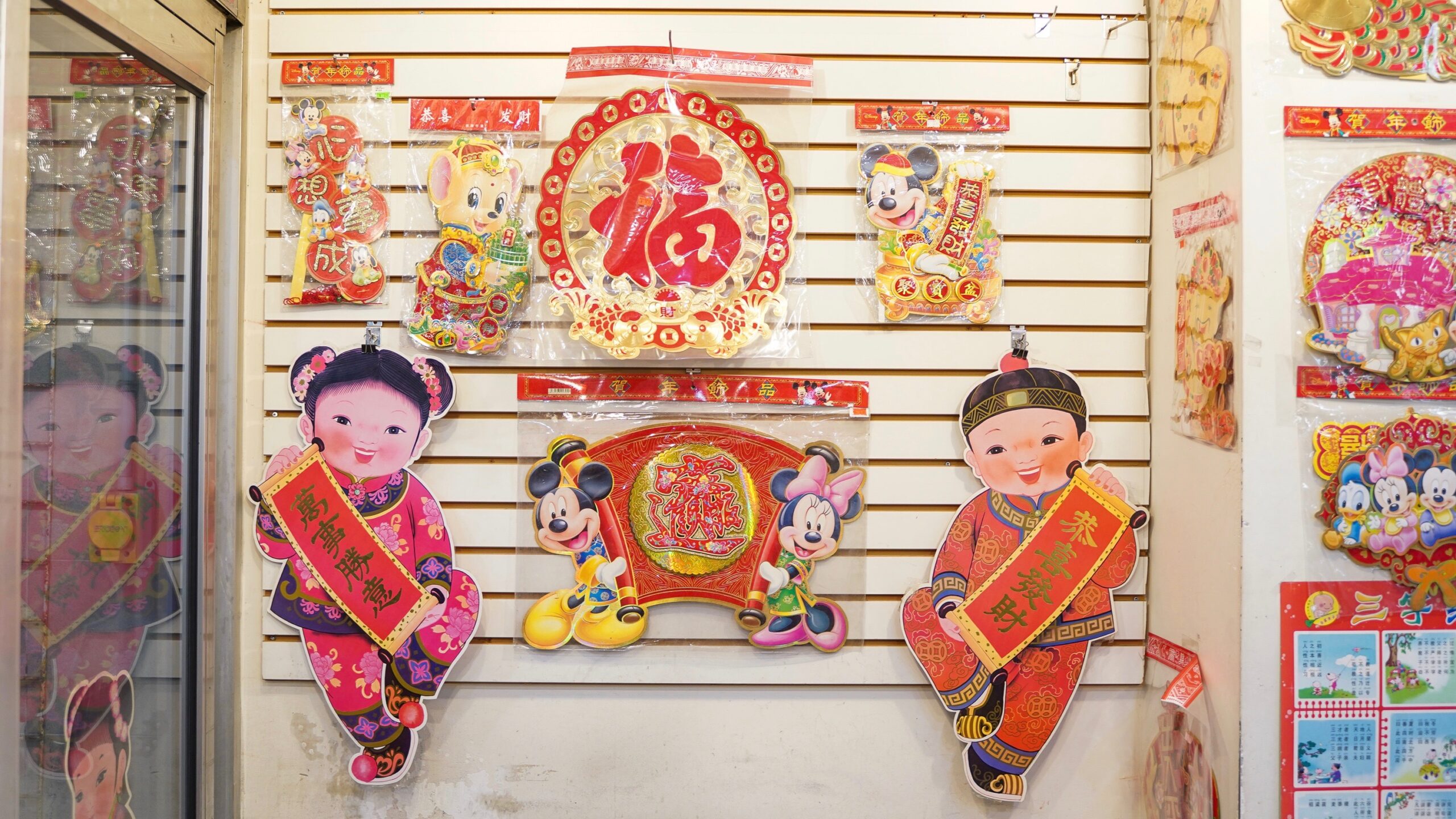 A Toronto community is raising funds to support those unhoused in celebration of the 2022 Lunar New Year.

Lorraine Lam and Evy Kwong organized the Lunar New Year Giveback to buy survival gear for those unhoused throughout February.

The 2022 Lunar New Year, celebrated by several East and Southeast Asian cultures, spans the first 15 days of February to mark the start of the Year of the Tiger. 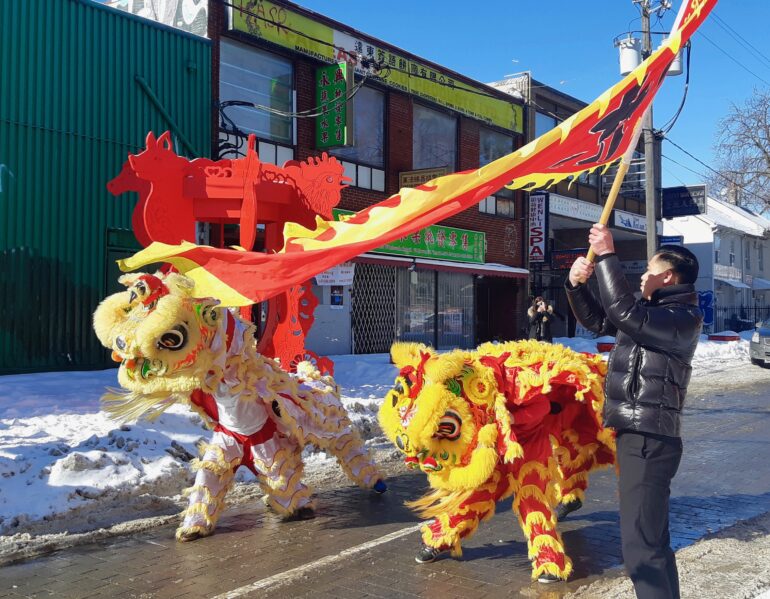 A traditional lion dance celebrating Lunar New Year in Toronto hosted by the Toronto Chinatown BIA on Feb. 5. Some community members are choosing to celebrate the holiday this month by giving back to vulnerable populations. Photo credit: Vina Nguyen

Lam told Humber News she wanted to engage the Chinese Canadian population in long-term community support and donation efforts to reflect the spirit of the holiday.

“I think the emphasis of the Lunar New Year is often on family, it’s often on community,” she said. “I think this idea of family and togetherness is what strikes me about this season and so much about it is not just about being together, but it’s about the health of everybody.”

She said she has seen up close the need for supplies during the winter as an outreach worker with Sanctuary, a Christian-centred community organization in downtown Toronto supporting people experiencing homelessness.

Donations are currently being gathered at Sanctuary on Charles Street East, near Yonge Street, which will then be distributed to other organizations supporting the unhoused, Lam said.

“We’ll sort of just triage based on what is really needed in the community right now and if we’re hearing lots of people are needing gloves then we’ll just mass purchase gloves,” she said. “So the idea is that the resources will be distributed across the city and hopefully just go directly to the people who really need it.” 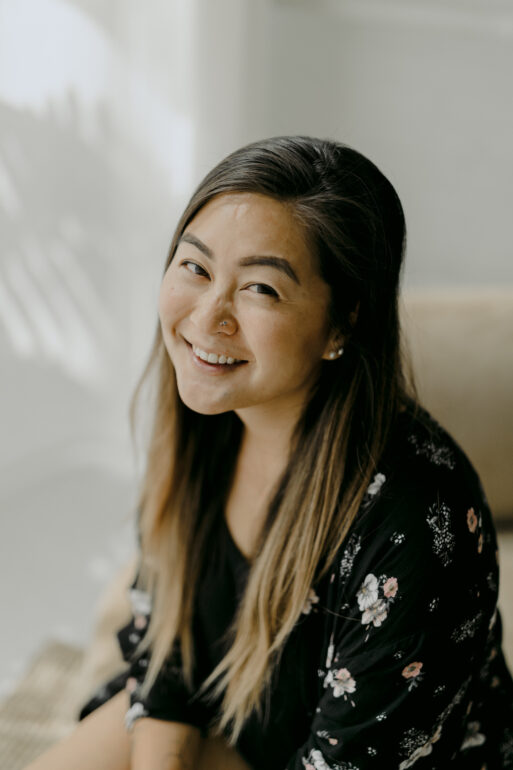 Lorraine Lam, one of the chief organizers of the Lunar New Year Giveback, says the campaign was created to buy much needed winter supplies for the unhoused in Toronto. Photo credit: Courtesy, Lorraine Lam

Sinclair Bletcher-Lowman, logistics and network communications facilitator for Unity Kitchen, said in an interview that the organization has received funds from the Lunar New Year Giveback to purchase much-needed supplies, including sleeping bags, tents, jackets and TTC passes.

Unity Kitchen started as an emergency food relief program in response to the COVID-19 pandemic based on a partnership between Toronto Urban Native Ministry and the Church of the Holy Trinity, they said.

The program has since expanded to provide survival supplies and wraparound services, including referrals and spiritual support for vulnerable communities.

Bletcher-Lowman said the campaign was a reminder of the importance of building connections outside of one’s own community across different cultures.

“We’re extremely grateful and I think it just speaks to the importance of nurturing interfaith community building and I guess in general, cross communal relationships,” they said. 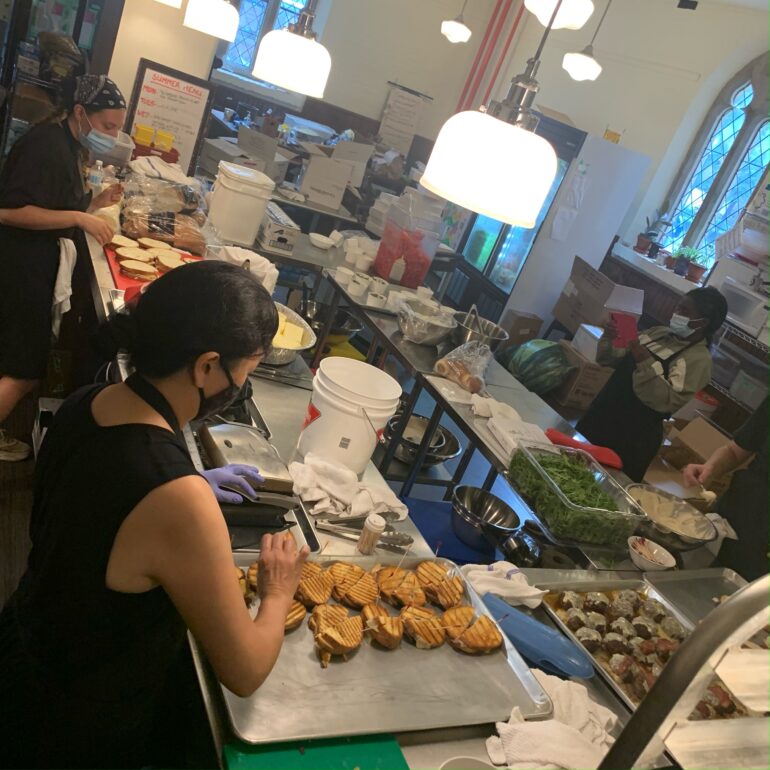 Unity Kitchen volunteers preparing a feast for Prisoner Justice Day, Aug. 10, 2021.
The organization is among those receiving donations from the Lunar New Year Giveback to support the unhoused in Toronto. Photo credit: Courtesy of Sinclair Bletcher-Lowman

However, monetary and material support is not the only thing grassroots organizations are seeking to secure for vulnerable communities.

“We want to see a reality where we don’t actually need to do fundraisers to buy supplies anymore because people already have access to their own housing or access to a livable wage,” she said.

“It is election year, so I think what we need to do societally is to just ask better questions,” she said. “My hope is that societally, we ask questions about why people are in these realities.

Bletcher-Lowman said the current shelter spaces offered by the government remove people from their social networks.

“People, I believe, should be able to pitch a tent and live free from the threat of violence or displacement,” they said. “That’s the way to honour their self-determination when it comes to their housing.”

“One of the things that we prioritize is treating people with dignity and respect,” they said. “We’re so focused on people’s physical well-being, which is crucial, like ultimately it is about saving physical lives but in doing so we can’t forget about people’s emotional and spiritual lives in the process.”