Immigration processing delays leave many lives in the balance 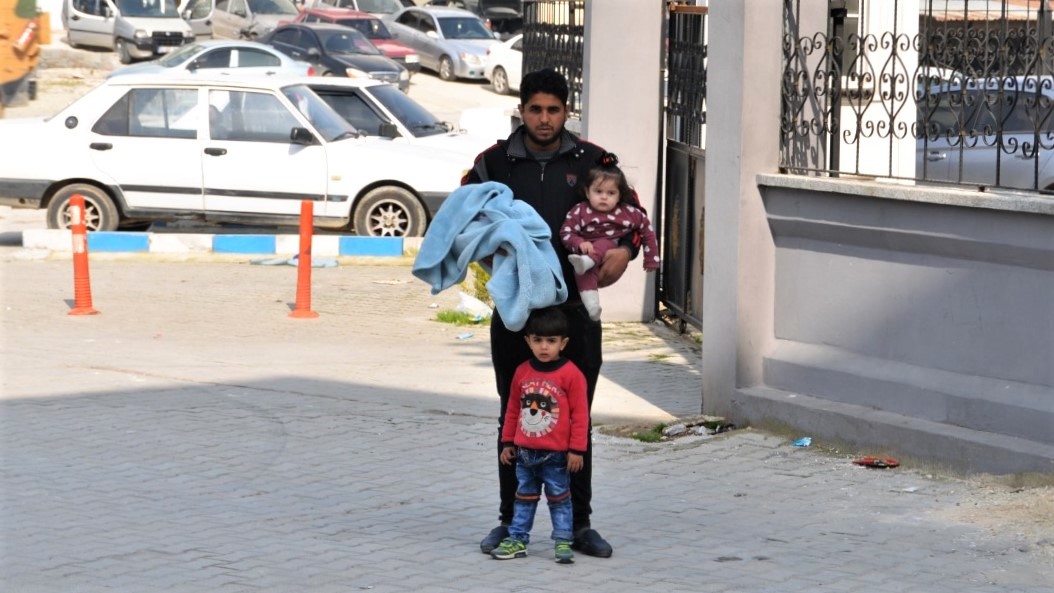 Time is moving slower than ever for Hussein Al-Amouri. The 27-year-old farmer and father of three children, has been waiting with his family to start a new life in Canada through the government-assisted refugee program since 2019.

“Our whole life is hanging in the balance. There is a kind of uncertainty. We can’t move forward and can’t go back,” Al-Amouri said.

Al-Amouri fled Syria with his family in 2014 to Antakya city, about 680 kilometres south of the Turkish capital Ankara, looking for safety and a second chance to build back what they had lost, possibly in Canada.

But Immigration, Refugees and Citizenship Canada (IRCC) announced in December 2021, that it has a backlog of more than 1.8 million visa applications in the queue due to the COVID-19 pandemic.

“We were forced to leave our village with only the clothes we had on,” Al-Amouri said. “Our house was burned to the ground.”

Al-Amouri said it is really hard to live as a refugee in Turkey without having a stable job and a good income as his monthly expenses exceed his income.

“I live with my father, mother and brothers. We are 10 people living in a small apartment,” he said. “I have to pay rent and feed my entire family.”

Al-Amouri said he borrowed money from a friend to start his own beekeeping business in Turkey, but it did not go as he planned.

“The beehives got stolen. The Turkish police were unable to identify the thief. So, I am in debt now,” he said.

Al-Amouri said he has been living the past two years in fear and uncertainty as his entire life depends upon one email from IRCC.

“Checking my email is the first thing I do when I wake up,” he said. “We can’t lose hope.”

IRCC said in an emailed statement to Humber News that Canada welcomed the highest number of newcomers in 2021 despite the challenges resulting from the COVID-19 pandemic.

“Although global migration has been upended by the pandemic, the Government of Canada was still able to make over half a million decisions and welcomed over 405,000 new permanent residents in 2021.”

IRCC said they are aware many applicants have been waiting too long for their applications to get processed and that they are working hard to reduce processing times.

“IRCC has been moving towards a more integrated, modernized and centralized working environment in order to help speed up application processing globally,” IRCC said.

The department has announced in December 2021 that about $85 million will be allocated to reduce the processing time of applications, but no clear roadmap has been provided on how it will attempt to accomplish that, said Samuel Escobar, a Toronto immigration lawyer and founding member of the Canadian Immigration Lawyers Association (CILA).

“The announcement of the investment to review the current immigration backlog was done in December,” Escobar said. “No clear action plan has been given to the clients’ lawyers or other stakeholders on exactly how the funds will be allocated to reduce the backlog.”

He said Canada should continue to keep the door open for immigrants and that IRCC has to work more on reforming the immigration system and exploring the main reasons that led to the backlog.

“IRCC must address these processing deficiencies so that those being welcomed today do not become those who are in the immigration backlog queue tomorrow,” Escobar said.

The IRCC should provide applicants with more transparent information on the procedures they follow to process the applications backlog, said Alfadl Hattab, an immigration consultant at Sama Immigration Inc. in Calgary.

“We are unable to understand how the queue of the file processing is working,” Hattab said. “For example, many new visitor visa applications are being processed in a few weeks, while other applications submitted a year ago have not been finalized yet.”

He said IRCC has announced its intention to increase the immigration level which means that more new applications will be added to the backlog.

“I hope that this move means that more applications will be finalized from the backlog and not just introducing new temporary streams to fill the immigration targets,” Hattab said.

Al-Amouri said he hopes his application will get processed soon so he can move with his family to Canada and live a peaceful life.

“Hope is the only thing that keeps us going,” he said. “All I want is for my kids to live in peace.”