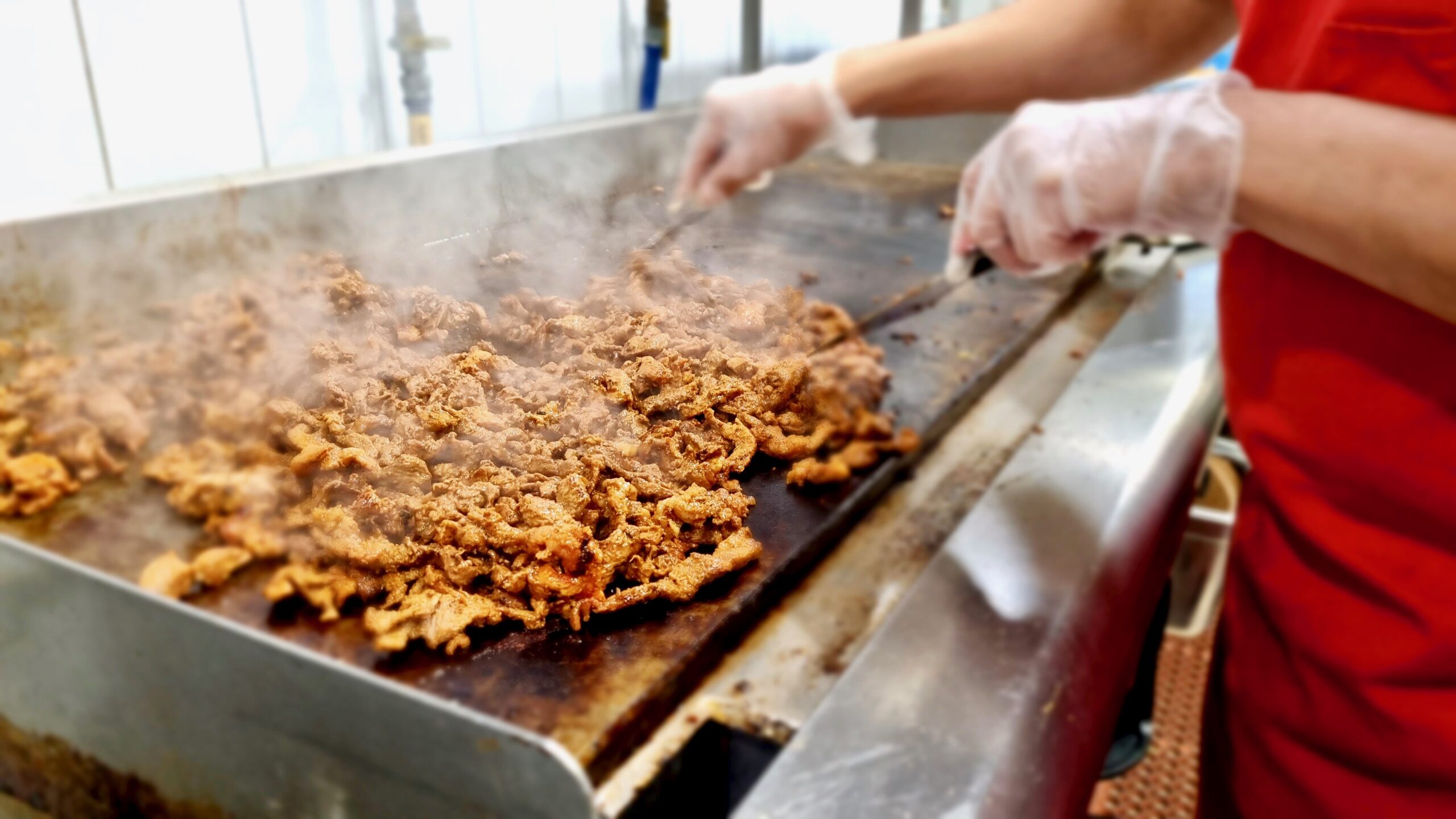 A family-owned taco restaurant chain opened its third new location despite the restrictions imposed by the pandemic. And the clan intends to keep growing the business.

Over the past two years, the Gus Tacos franchise has managed to open restaurants on Gladstone Avenue in Parkdale, and are now welcoming one more taco restaurant at 1546 Dupont St. 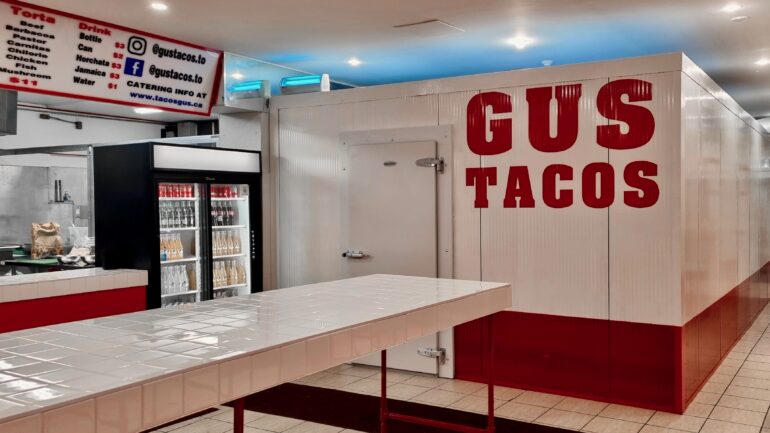 The new Gus Tacos location on Dupont Street will also offer a big patio for customers during the summer. Photo credit: Andrea Palacio

Augustine, 26, grew up in a family of chefs. Since he was little, his father and grandfather encouraged him to step into the kitchen and make his own recipes.

The Mexican Canadian family opened its first taqueria in the city of Leon, about 390 kilometres south of Mexico City. Augustine and Michael decided in 2016 to bring traditional Mexican flavours to Toronto.

After realizing there was room for them in the Canadian market, Augustine involved his cousin Carlos Emilio. They became business partners, opening the first Gus Tacos location at 214 Augusta Ave. in Kensington Market in 2019.

The traditional braised lamb “barbacoa” taco became their signature item and people were quickly attracted to their homemade salsas ranging from mild to extra hot.

Another popular item on the menu is the pastor chilaca, a yellow banana pepper with cheese, onions, cilantro, pineapple and grilled pork, which is served in a flour tortilla.

Carlos Emilio said part of their success is because they’re always listening to customers, and taco-lovers are constantly asking them to open new locations near their homes. 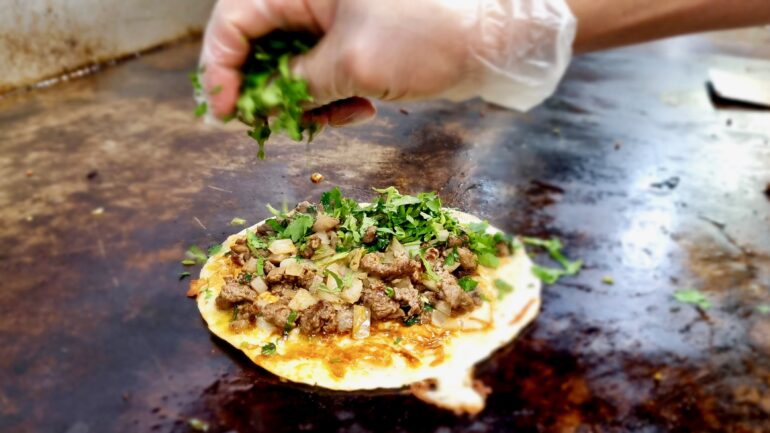 All the tacos and quesadillas come with cilantro, onion, lime and salsa on the side. Photo credit: Andrea Palacio

“Because of them we were able to grow step-by-step and open new locations around the city,” he said.

Augustine said he plans to expand the franchise to north Toronto. But his intentions are bigger than that.

“My goal is to position Gus Tacos inside the Canadian market,” he said.

The Dupont Street location is a new step for the family because all the production will take place there and will continue to be supervised by Michael Skrzypek and Miguel Skrzypek, Augustine’s older brother.

Carlos Emilio, who wants to continue learning while standing out in the food industry, said clients can now dine-in with all the COVID-19 safety precautions at all the Gus Taco locations.