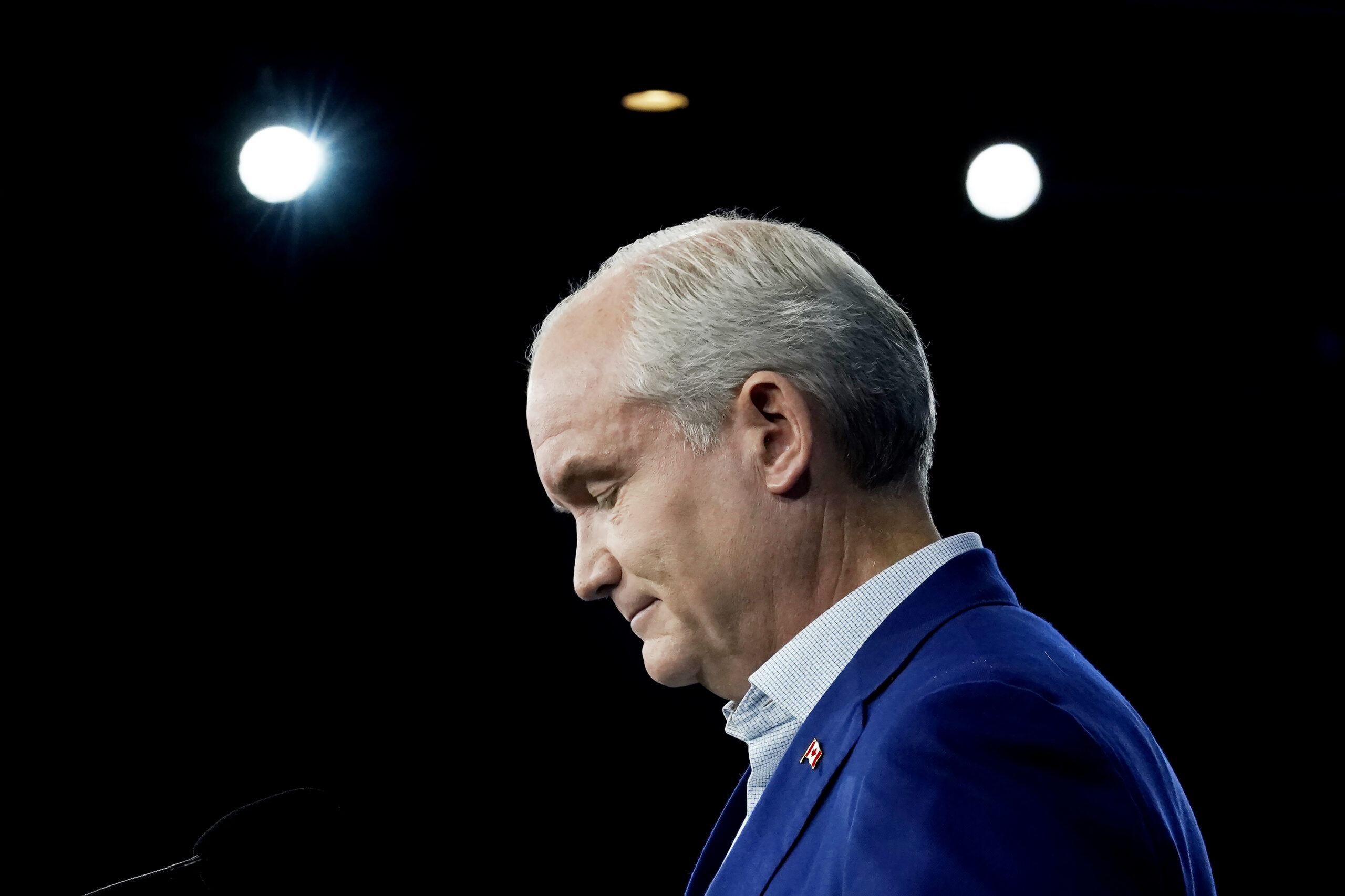 Conservative Party MPs voted in a majority on Wednesday to remove Erin O’Toole as party leader, revealing a caucus where many want to pursue a new approach just 18 months after it last held a leadership race.

The secret ballot vote was 73 to 45, with 61 per cent of Tory parliamentarians voting to boot O’Toole.

The chair of the 119-member caucus, Scott Reid, said he did not vote. The other 118 MPs did cast their ballots.

Rebel MPs recently brought his leadership abilities into question, which led to an early vote on the future of his position ahead of a 2023 leadership convention.

O’Toole was first chosen as Tory leader in 2020. He failed to win the 2021 election and defeat Liberal Prime Minister Justin Trudeau.

With the Liberals in power in a minority Canadian government, an election is possible at any moment so the Conservatives will be under pressure to move fast to find a permanent replacement for O’Toole.

MPs criticized O’Toole for shifting his political stances towards the centre after being elected on a “true blue” right-wing leadership platform.

O’Toole’s replacement could be a populist that moves the party further to the right reflecting what Professor Daniel Hambly of Humber College’s Liberal Studies department called an “identity crisis” for Western conservatives.

Hambley told Humber News that if the next Conservative leader wants a centralized big tent approach to the party, they will need to mirror Harper’s success in keeping far-right elements under control.

O’Toole could run to keep his position when a leadership race occurs within the next six months, political science professor emeritus Nelson Wiseman told Humber News.

Some Conservative MPs are already indicating they may run to be the next permanent leader. Ontario MP Marilyn Gladu told reporters at Parliament Hill she is considering running again.

The leadership race might not just be about shifting opinions within the current party, but also about attracting new members.

Wiseman said it will come down to who can sell the most party memberships to grow their support within the Conservative Party.

“What we’ve learned is it’s whoever runs out there, gets money and hires people to sell memberships,” Wiseman said.

He also pointed out that O’Toole has only removed as the parliamentary leader of the Tories until a formal vote to replace him occurs.