Emergencies Act: Is now the time? 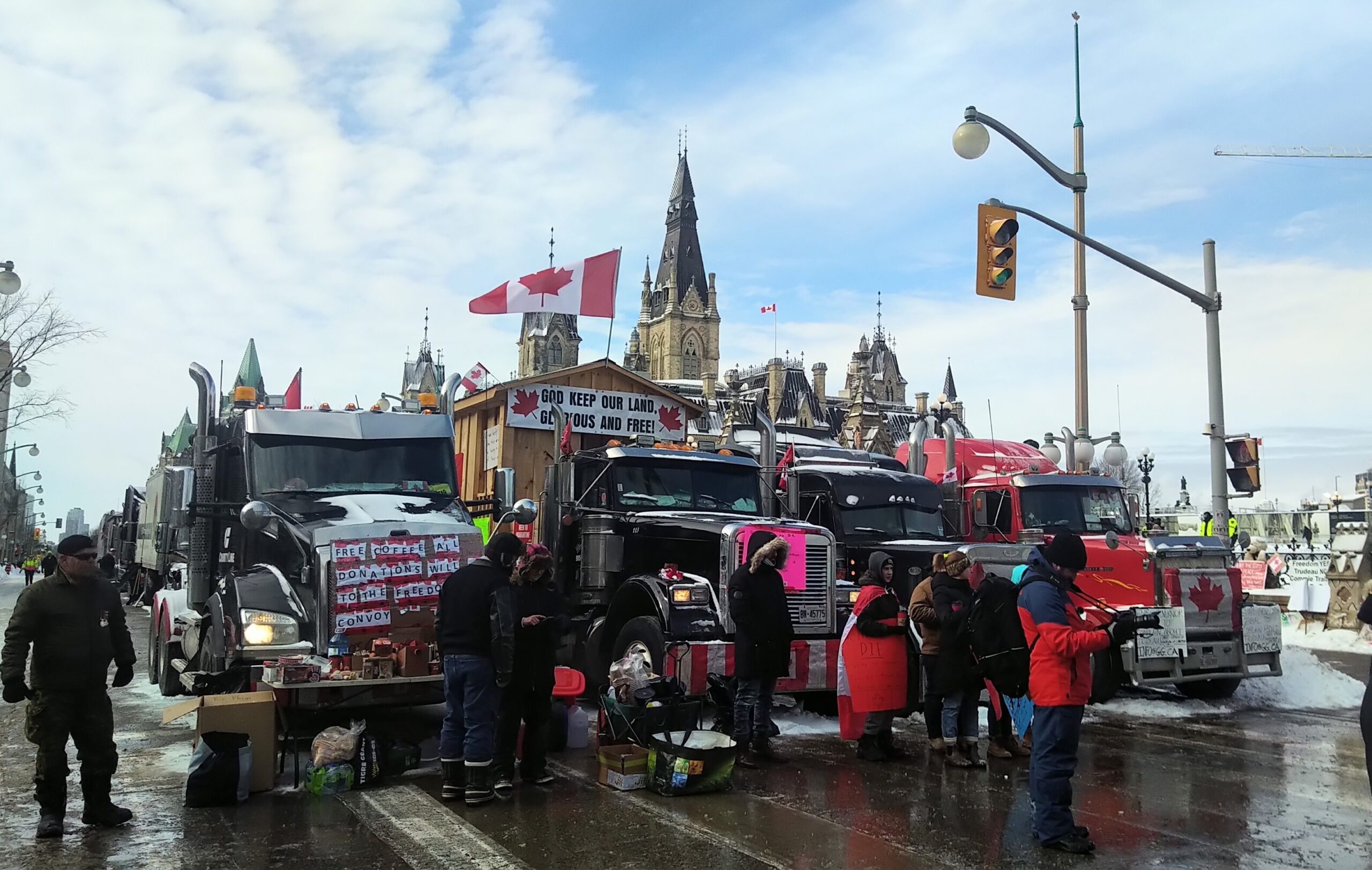 Trudeau is expected to invoke the act on Monday in response to demonstrations against vaccine mandates by truckers who have blocked streets in Ottawa and other cities across Canada, as well as some border crossing points.

It will be the first time the new Emergencies Act has been used since Trudeau’s father, then prime minister Pierre Trudeau, in 1970 invoked its precursor, the War Measures Act.

“This should have been done at the end of the first week of the occupation in Ottawa on that Friday,” Wiseman said.

“We don’t know yet what this is going to mean in cities across the country, but for a lot of people in Ottawa, it’s overdue that some kind of authority helps people get their lives back to normal,” Nash said.

Police in Windsor, Ont., backed by provincial and federal police, cleared trucker demonstrators on Sunday from a crucial border bridge crossing with the United States. That one crossing point accounts for some $360 million a day in two-way trade.

A poll from Angus Reid out Monday found that 45 per cent of Canadians support “police enforcement of existing laws” to be the best approach to the so-called “Freedom Convoy” demonstrations.

However, the second-most popular poll option called on political leaders to negotiate with protestors, an approach the prime minister and Ontario Premier Doug Ford has avoided.

Federal Conservatives in recent days have backed off from lending support to the so-called “Freedom Convoy” demonstrators.

“It was initially opportunist and short sighted for them to show overt support for the for the protests,” Nash said.

“They seem to have tried to course correct on that.”

The use of the Emergencies Act by Trudeau has drawn comparisons between his time in office and when his father was prime minister.

Pierre Elliott Trudeau brought in the War Measures Act in 1970 after several high profile political kidnappings in Quebec as well as bomb attacks.

“This is much less of a threatening situation,” Wiseman said.

But he added that the truckers tying up the streets in front of the federal parliament building is a “symbolically very powerful demonstration.”

It was finally time for Trudeau to do more than tell Canadians to get vaccinated and “get going” on dealing with the demonstrators, Wiseman said.