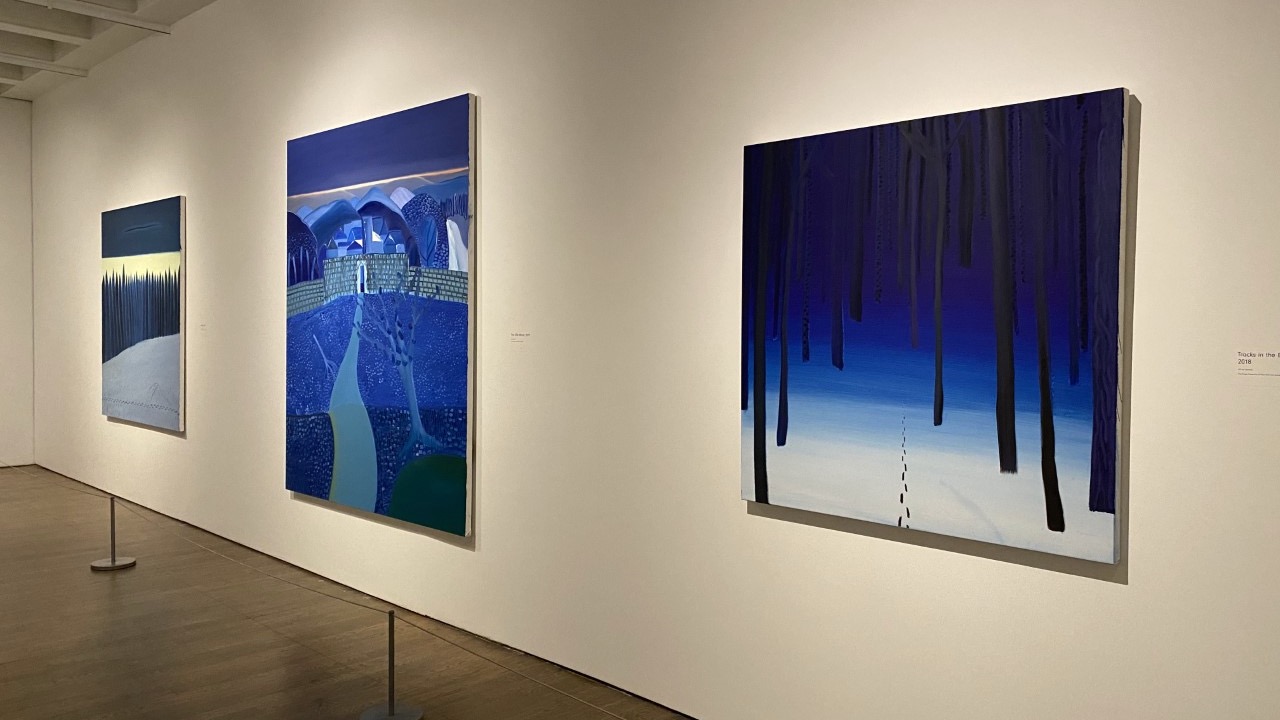 Gillian McIntyre, the interpretive planner for the Art Gallery of Ontario, wonders what Matthew Wong would have accomplished if he had not died at a young age.

She praised Wong’s “Blue View” series, which will be on exhibition at the gallery until April 18, features about 40 pieces of work by the brilliant Toronto-born artist.

“Goodness only knows what we would have from him if he continued to live,” McIntyre said. Blue View was Wong’s last series, created between 2017 and 2019, before he died by suicide on Oct. 2, 2019, at the age of 35 in Edmonton.

“You could ponder each piece of the exhibition. Wong was going from strength to strength, photography to painting, which ultimately gave us his incredible last blue series,” she said.

McIntyre says the Blue View exhibition showcases Wong’s best art, and that most can resonate with it. He uses the many moods of the colour blue to show vibrant still life compositions.

From an early age, Wong lived with autism spectrum disorder, and at the age of 15 he was diagnosed with Tourette Syndrome. This led to his lifelong struggle with depression.

“I do believe that there is an inherent loneliness or melancholy to much of contemporary life, and I feel my work speaks to this quality, in addition to being a reflection of my thoughts, fascinations, and impulses,” Wong said in 2018.

Wong attended the York School in Toronto, received a degree in cultural anthropology from the University of Michigan and an MFA in photography from the City University of Hong Kong’s School of Creative Media.

However, he never had formal art training. He taught himself to paint by going to the library and studying artists like Vincent Van Gogh.

Closer to his death, Wong started painting more with different shades of blue, which Van Gogh also did before his death, as shown in his “Starry Night” painting.

Wong quickly gained interest after his early works were shown in group exhibitions in Hong Kong and New York. Now his solo exhibitions include galleries in Los Angeles, Athens, Greece, and Aspen, Colo., to name a few.

“The Wong exhibition is definitely one that must be seen in person to really take in the art and story,” So said.