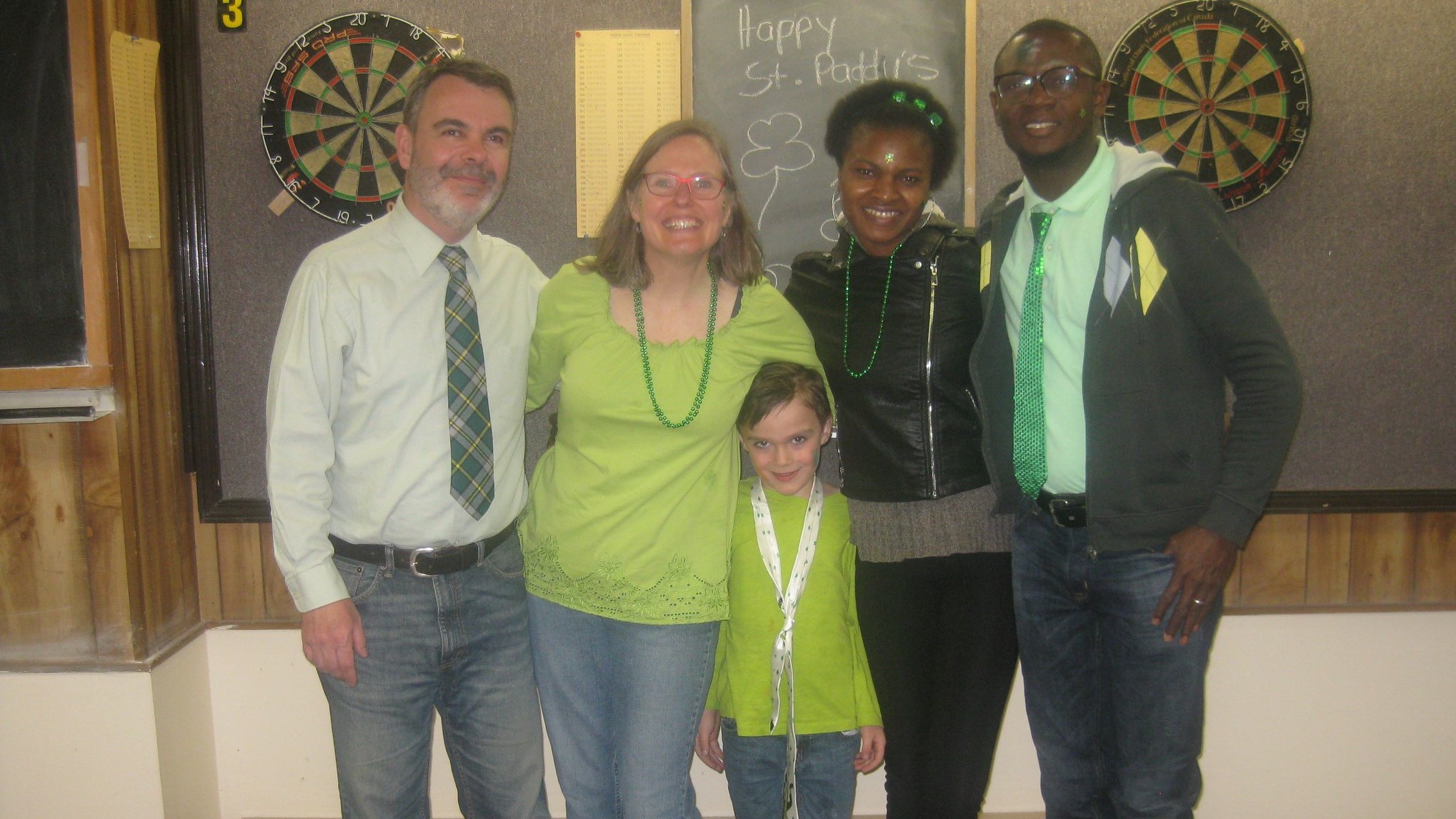 Isaac Adebayo and his wife Temitayo were having a hard time finding a place to sleep in Toronto after their long and difficult journey to Canada from Nigeria. They ended up sleeping in a church basement for a couple of nights.

“It was really challenging, it wasn’t funny at all,” Adebayo said. “You call Toronto Central Family Intake six to seven times a day and they do not pick up the phone. When they do, they tell you the shelter is filled up, they have no spaces.”

The agony of finding a place to call home continued for Adebayo and his wife until Romero House, a charity that provides transitional housing for refugees in Toronto, connected them with Sherry Johnson and her family, who hosted them in their house.

Adebayo said all they were looking for was a safe place to stay until things got better, but Johnson and her family have offered them more than a roof over their heads.

“It was really amazing staying with Sherry, Joe, and little Marshall. They took us like we were part of their family,” he said.

Johnson said she, her husband Joe Burns and their 10-year-old son Marshall have been hosting refugee families for four years now, offering them love and a place to live until they find permanent housing.

She said the idea of having a spare bedroom that is empty most of the time has been irritating her for years, especially knowing that people are sleeping on the streets.

“It seems silly to me that people were sleeping on the streets and didn’t have homes and yet we had this spare bedroom sitting here not being used,” Johnson said.

She said the hosting experience has been rewarding for her and her family as it opens the door for them to make lifelong friends, learn new cultures, and get to try new food.

“We are getting as much out of this as the families who stay with us,” Johnson said.

Romeo House has been calling out for Toronto families who have extra space to host refugee families as more refugee claimants have begun to arrive in Canada in November 2021 and the Toronto shelter system is at zero or near-zero capacity, said settlement worker Laura Friesen.

“There’s like shelter (COVID-19) outbreaks at a number of shelters right now,” Friesen said. “They would actually stop intake at that point so it’s just creating this huge crisis for people who arrived in Canada, and they literally have nowhere to go.”

She said there are no strings attached to Romero House’s community host program and that all is expected from the hosting families is to provide a room until the refugee family can get a spot in the Toronto shelter system.

The City of Toronto said in an emailed statement to Humber News that the city has activated the Refugee Capacity Plan that meets the “unforeseen increases in refugee populations in Toronto.” But that plan won’t be effectively implemented without more support from the federal and provincial governments.

“Without immediate leadership and support from the federal and provincial governments to ensure a planned and collaborative approach to successful settlement, the City will be unable to effectively implement this Plan,” the city said.

Adebayo said they became permanent residents in December 2021 and their plan now is to get back to school and get better jobs so they can give back to the community that helped them when they needed it most.

“We can never forget Sherry and her family,” Adebayo said. “if it was not for them, we would not be here today.”