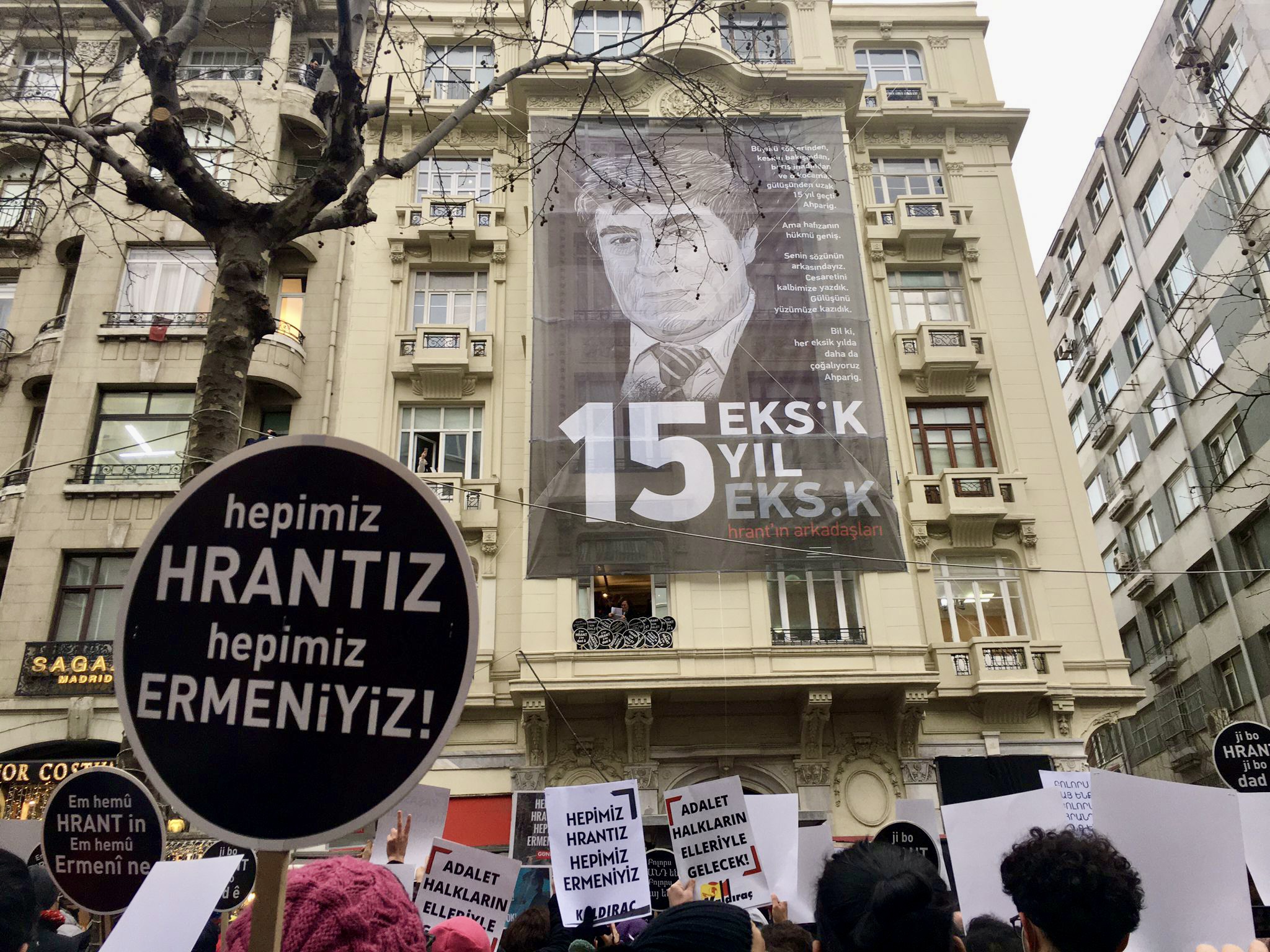 Armenian-Turkish journalist Hrant Dink, the founder and editor-in-chief of Agos Newspaper, was remembered for the 15th time at the place where he was murdered in Istanbul, Turkey.

On Jan.19 is the anniversary of homicide, and many supporters of Dink and journalists gathered to protest and to share a press release.

Despite the cold weather and pandemic, Dink, fought for truth in his life and called for dialogue for social peace, was remembered saying “15 missing years away from your magical words.”

“The prevailing emotion in people was anger. This is both related to the failure to conclude the Hrant case and the latest situation brought by the political power to the country,” said journalist and writer Arat Baris told Humber News from Istanbul on Wednesday.

“The thing that Dink emphasized the most was the dialogue. Hrant died because of his efforts for dialogue and peace,” Baris said. “Hrant was murdered by an organized group so that humanity or peace is silenced and so let weapons talk.”

Baris also said that the most emotional part of the protest was the speech of Rakel Dink, Hrant Dink’s wife and a Turkish Armenian human rights activist.

Rakel Dink referred her husband and emphasized the unlawful situation of the country, to his longing for the future, his belief in hope and love.

Ogun Samast, the murderer of Dink, was judged in juvenile court because he was 17 years old when he committed a crime and was sentenced to 22 years and 10 months in prison. Samast confessed the crime and said that he never regretted it, but who ordered the homicide in real is still unknown.

“You, politicians! do you really decide justly? Do you judge people correctly? No! Your plans of injustice are always within you, your hands scatter tyranny on the earth,” Rakel Dink addressed to Turkish government during the press release. 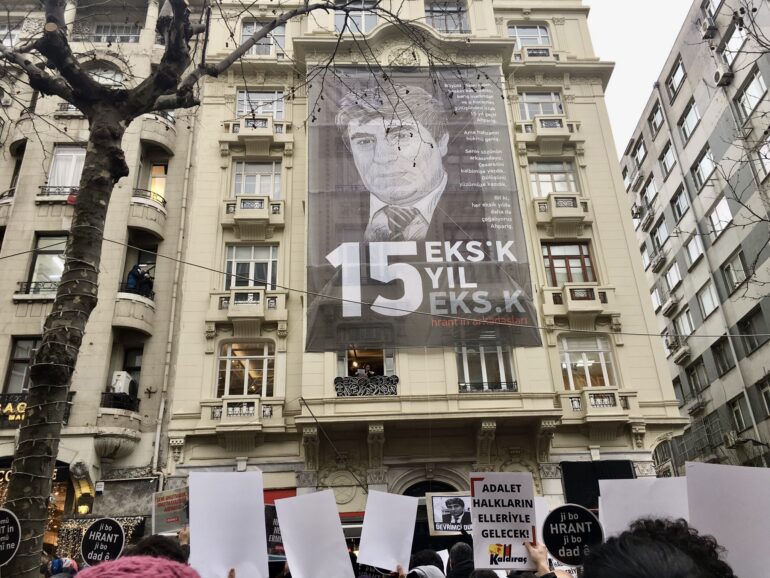 Armenian-Turkish journalist Hrant Dink was remembered for the 15th time on Jan.19 in Istanbul, Turkey. It is written on the banner that '15 missing years away from your magical words.' Photo credit: Nurcan Caliskan

The commemoration featured slogans such as ‘Justice for Hrant’, ‘We are all Hrants, we are all Armenians’, ‘This case will not end until we say it’s over’, and ‘The one who protects the murderers is a partner in the murder.’

Ragel Dink said that 15 years later the case has still not been solved.

She also said that the Turkish government has been jailing journalists, lawyers and politicians for speaking out.

“Hrant Dink`s stance refused the nationalist language that ignored ‘others’,” and this shook the government,” Arat Baris said.

Journalists have already been targets of the Turkish government for years with many threatened, jailed or killed including Hrant Dink. 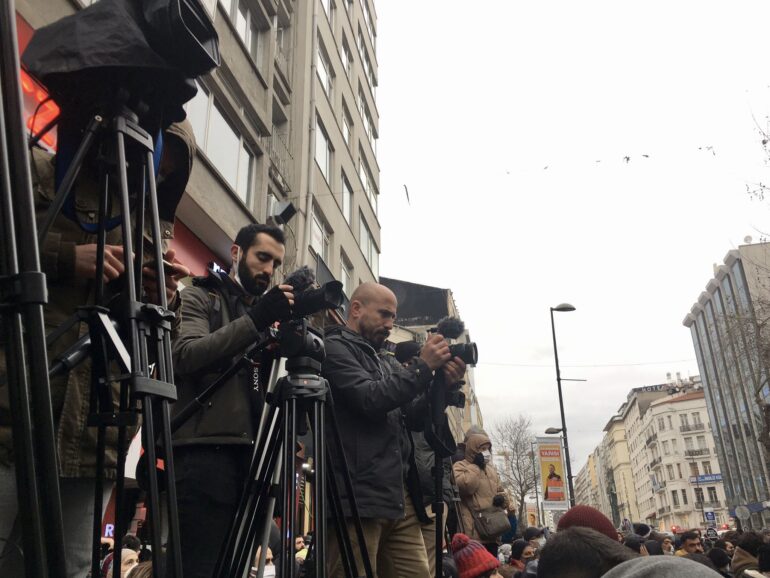 Baris said that when he writes critically, he receives threats and is sent racist attacks. “According to them, to be Armenian is a swearing word.”