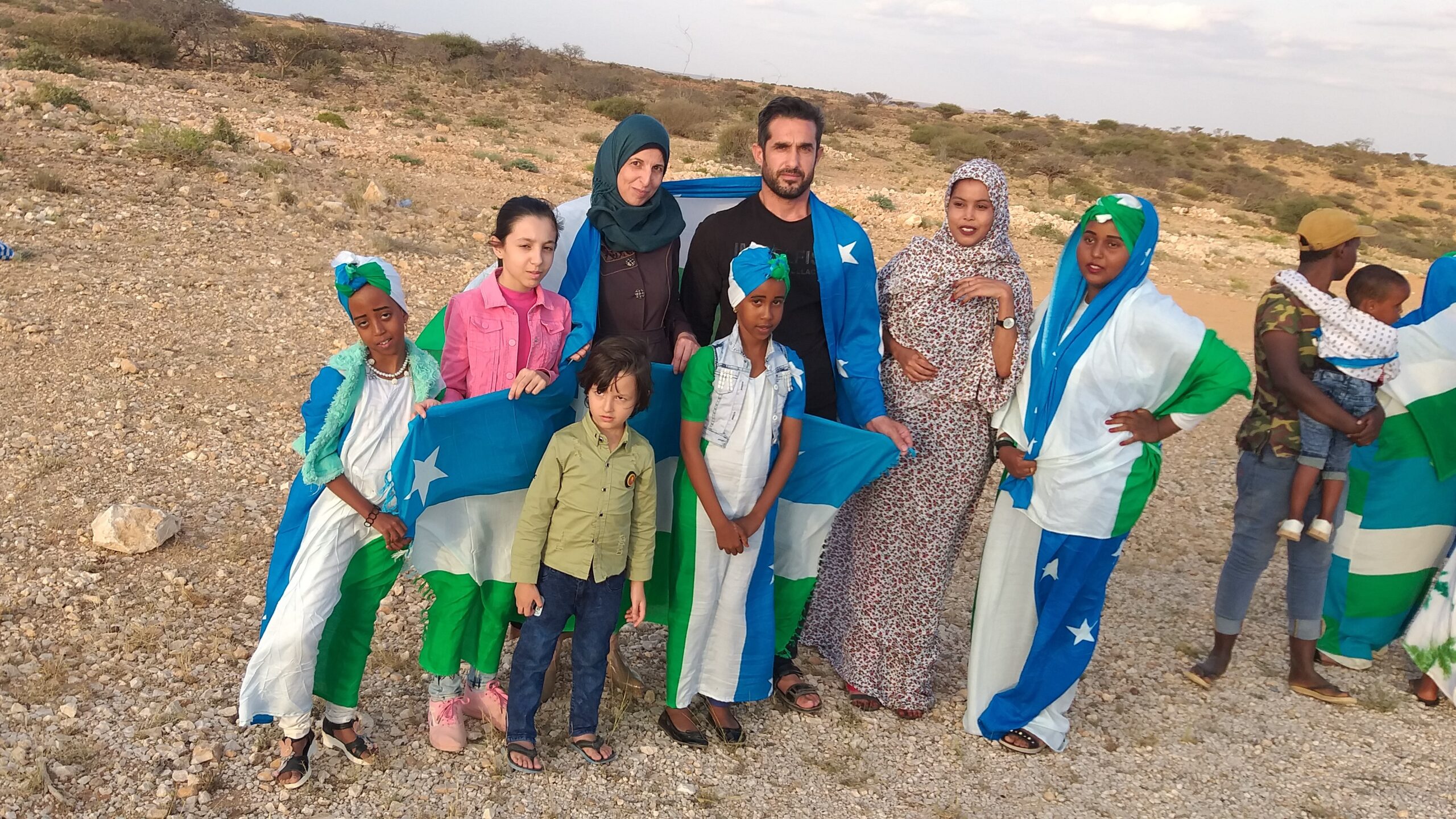 Dodging a war that left large parts of her homeland in ruins and threatened her life was difficult for Maryam Salloum Alebrahim. The gynaecologist and her family fled Syria to Lebanon and later settled in Somalia.

But the 40-year-old mother of two finds herself in danger once again, but this time because of the effects of a bite of an unknown insect. Salloum knows she suffered the fateful bite on June 6, 2021, while on a medical mission in Beled Hawo, Gedo Region, where the borders of Somalia, Kenya and Ethiopia meet.

“We were surrounded by many mosquitoes and insects,” she told Humber News. “I felt a painful sting on my left leg. My body started burning up with a fever at night. My face was swollen very badly.

“I thought it was a severe allergic reaction,” Salloum said.

Her doctor, Liban Jimale, head of the infectious diseases department and clinical microbiology at Erdoğan Hospital, also known as the Digfer Hospital and the Somalia-Turkey Training and Research Hospital, in the capital Mogadishu, said the medical community are at this point unable to diagnose the mysterious disease that’s afflicted Salloum.

He said Salloum had a group of small pus-filled blisters and pimples all over her body. Doctors had to amputate two toes on her left foot because of gangrene.

“Her blood pressure was very low at that time,” Jimale said. “She had a very bad fever. We were unable to know the exact cause of the infection.”

He said doctors there and later in Turkey, where Salloum was transferred six months after becoming infected, were unable to determine the type of the insect that caused the infection, which made it difficult for them to diagnose the exact nature of the disease.

Jimale said the medical team in Somalia first assumed that Salloum had sepsis as she had anemia and hypoglycaemia. Later doctors suspected cutaneous anthrax, a common form of anthrax poisoning due to the ulcers and the blisters.

Salloum said doctors did all they could, “but my body was not responding to any medications.”

She said she spent a month and a half in the intensive care unit in Somalia where she was not aware of what was going on around her.

“I was lying in bed almost paralyzed. I was only able to move my eyes,” Salloum said.

Dr. Alia Abukiwan, a scientist and molecular biologist at Heidelberg University Hospital in Germany, said identifying the type of insect that caused the infection is critical in determining the exact nature of the disease and the type of treatment that should be provided.

“Insects usually carry many parasites, bacteria, and toxins that cause different types of diseases, and it is difficult for doctors to detect the disease when the insect is unknown,” she said.

Abukiwan said a biopsy sample from the infected leg should be taken and tested by pathologists to study the size and shape of the infected tissues and reveal any evidence of any parasites or toxins in the tissue.

Salloum’s daughter, 13-year-old Wala Alshaher Alfares said her mother’s infection has left her in sadness as she can’t stop the pain her mother is going through.

“I want my mom to get well soon. I want to see her walking again,” she said.

Salloum said her kids have gone through a lot of pain and trauma and that she is worried about their wellbeing.

“I try to hide my pain in front of my kids because they always cry when they see me in pain,” she said.

Salloum said when she fled Syria to Lebanon with her family, her husband, and her two kids, aged six and 13, they were determined to start a new life where they can live in peace without the constant fear of being killed.

“There was no life in our village. It was mostly destroyed. We just wanted a better life for the kids,” Salloum said.

She said she learned German language in six months in order to be eligible to enrol in the Lebanese German University and get a certificate in gynaecology, which I got after six years of hard work.”

Salloum said she was not allowed to work in Lebanon because she didn’t have a work permit. Life started to get harder, so she and her family decided to look for alternatives.

She said the work contract that she got at Manhal Specialty Hospital in Burao city, Togdheer Region, was like a lifeline for her and her family.

Salloum said it was like a shock for her and her kids when they arrived in Somalia as the living condition was deplorable. She said going back to Lebanon — where they barely were able to pay rent — was not an option and that they decided to sit tight and be patient.

Salloum said the darkest part of her ordeal after being infected was when the doctors decided last June to amputate two toes of her left foot.

“I lost two toes of my left foot and I might lose a third toe. When I look at my toes, I only see tree branches that are withering up,” she said, choking back tears.