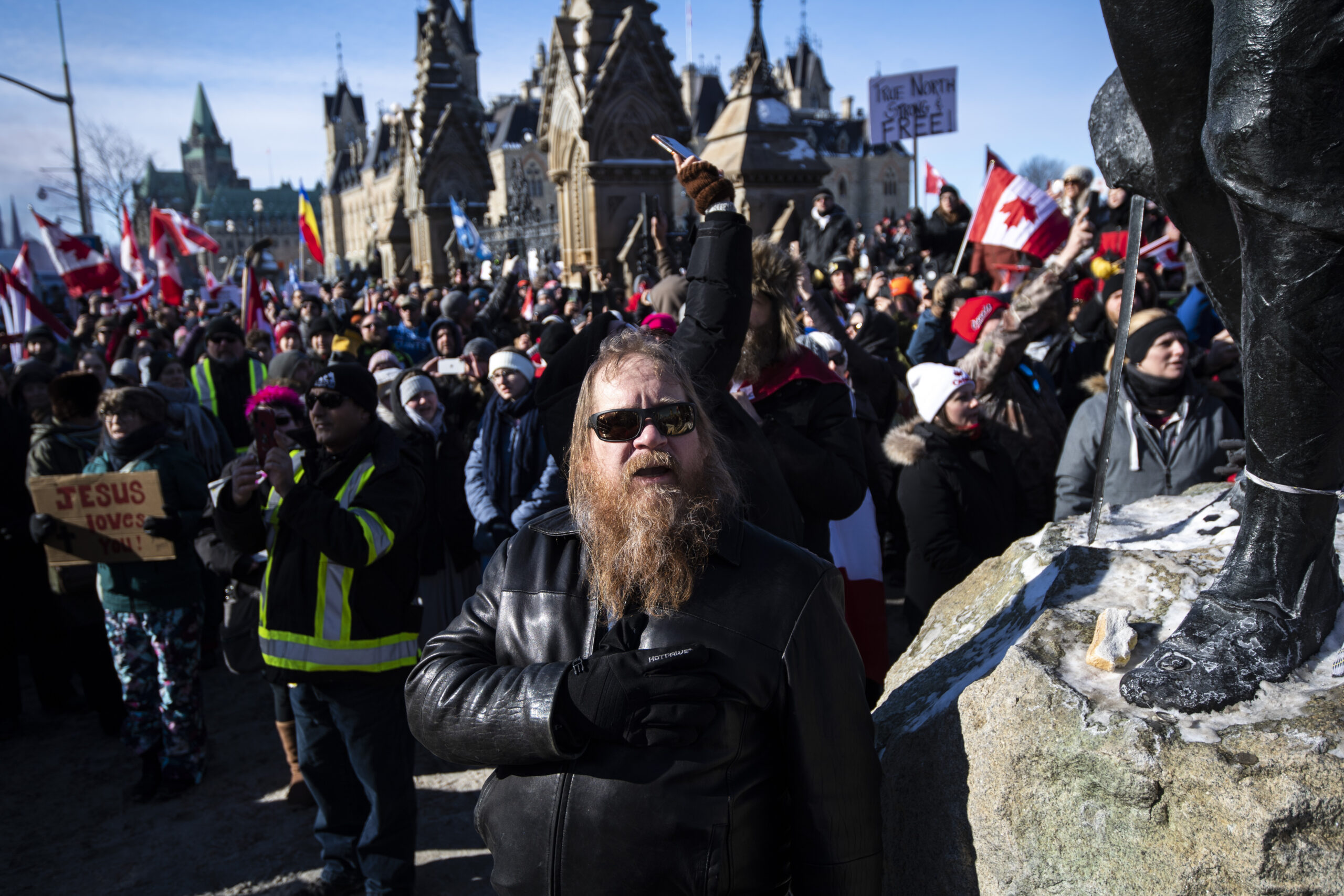 Reaction continued Monday over the behaviour at the truckers’ protest in Ottawa over the weekend on Parliament Hill.

The weekend protest was organized to criticize vaccine-mandates and has sparked widespread condemnation over some actions.

Some people hung a sign saying “Mandate Freedom” on the statue of Terry Fox. Protestors also tied an upside-down Canadian flag around the statue’s neck.

Fox became a national hero when he ran across the country to raise money for cancer research in his Marathon of Hope, later losing his life to the disease.

“Whatever your cause, you don’t get to appropriate his legacy and you don’t touch his statue. Ever. This should be removed immediately.”

James Moore, a former Conservative cabinet minister and national vice-chair of the Canadian Cancer Society, said on Twitter that the behaviour at the Fox statue was “disrespectful.”

“This kind of stunt by protesters does not help their cause,” Ottawa Mayor Jim Watson said on Twitter about the actions at the Terry Fox’s statue.

Other demonstrators climbed on the cenotaph at the National War Memorial and were seen dancing on the Tomb of the Unknown Soldier.

“I am sickened to see protesters dance on the Tomb of the Unknown Soldier and desecrate the National War Memorial,” Wayne Eyre, chief of the country’s Defence Staff, said on Twitter. “Those involved should hang their heads in shame.”

The Prime Minister also spoke out on Monday.

“Freedom of expression, assembly, and association are cornerstones of democracy. But Nazi symbolism, racist imagery, and desecration of war memorials are not. It is an insult to memory and truth. Hate can never be the answer,” a sombre Prime Minister Justin Trudeau said on Monday.

Others also condemned the Nazi flag use by a few demonstrators.

“I strongly condemn the use of Holocaust imagery when talking about lockdowns or other kinds of government regulations needed to stop the pandemic,” she said.

“All that does do is diminish the tragedy of the Holocaust,” she said.