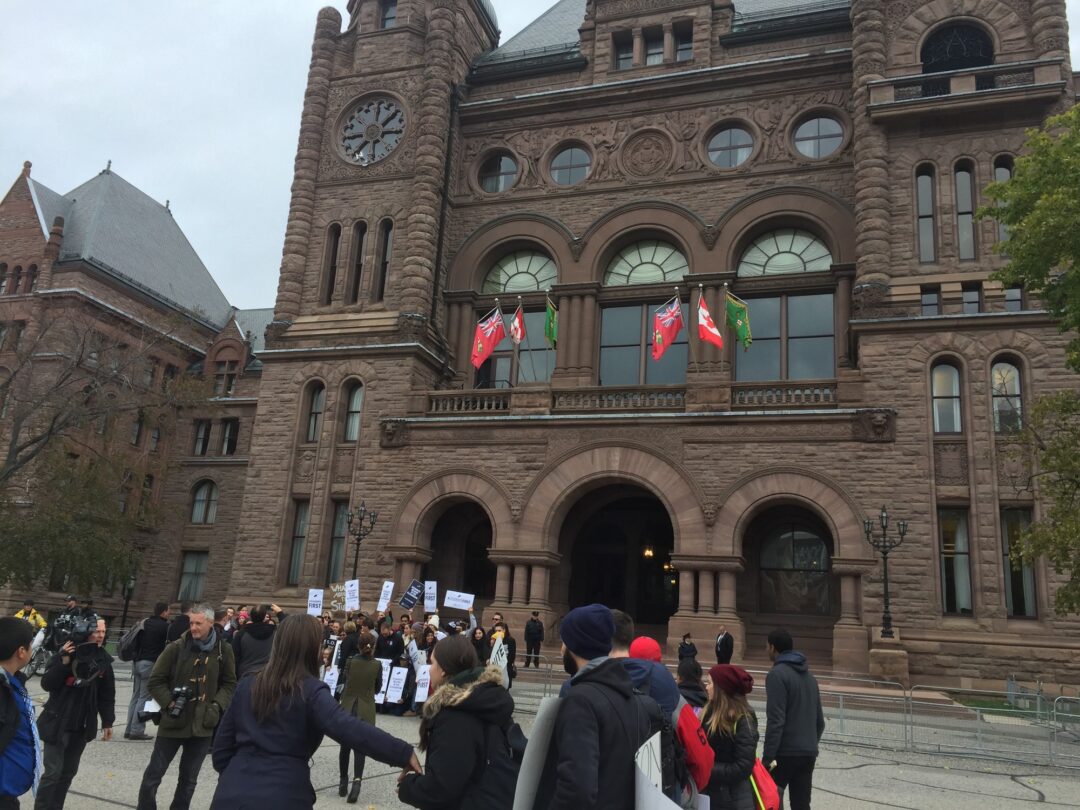 Ontario colleges are seeking to hold a forced ratification vote that will give faculty provincewide the option to accept or deny the latest offer proposed to their union’s bargaining team, the employer council announced Monday.

The forced vote is the latest escalation of collective agreement bargaining between the College Employer Council and the Ontario Public Service Employees Union.

Should the majority of faculty vote in favour of the offer, the current round of bargaining would end and a new collective agreement would be in place.

If faculty vote against it, the result could be further job action that could include an interruption to classes because of a strike.

That could see the colleges retaliate with locking out faculty.

Late last fall, Humber College faculty joined their peers at all 24 public colleges in a work-to-rule labour action. That is where where strictly faculty follow the exact terms of their employment contracts.

Faculty triggered the work-to-rule campaign after the College Employer Council imposed what was described as terms and conditions, a legal tactic that allows the colleges to adjust faculty contracts.

The bargaining table has sat empty since Nov. 18 after a form of mediated talks called conciliation broke down.

Talks are allowed to resume at any time, but both sides accuse each other of leaving negotiations.

“It has become clear that the Union will not moderate their demands regardless of the advice they are given or the fact the College sector continues to navigate a global pandemic,” CEC bargaining chair Dr. Laurie Rancourt said in a statement.

“We urge OPSEU to keep their promise to put students’ needs first by not escalating the labour dispute,” Rancourt added.

The union has yet to formally respond.

The Ontario Labour Relations Board will organize the vote but the dates have not yet been released.

Under the vote, which is expected to occur within the next two weeks, faculty will be asked whether they agree with the latest CEC proposal made on Dec. 13.

The CEC can only activate a forced ratification vote once during the bargaining process.