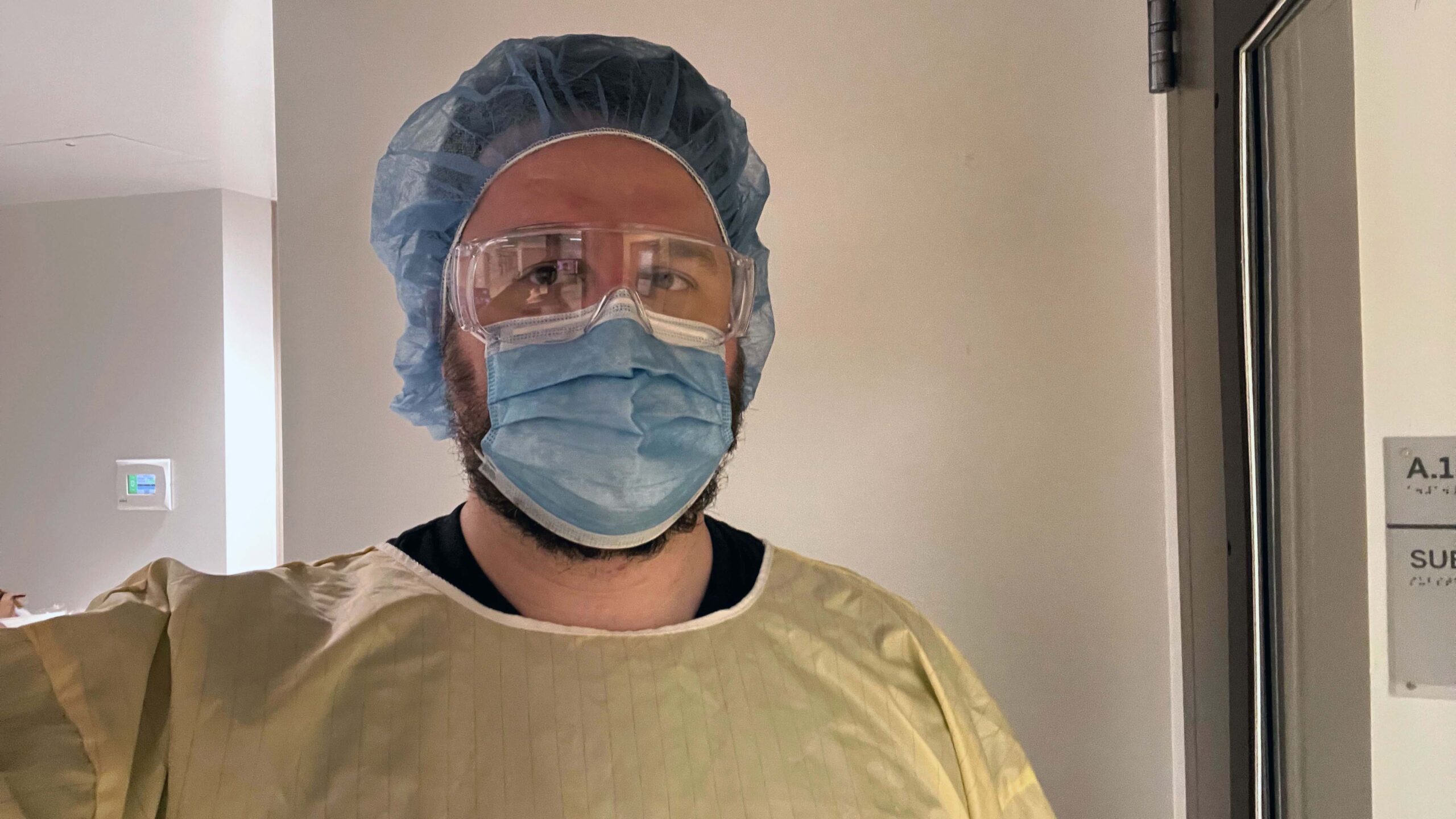 Jordan Glockler worked eight nights in a row in his job as a Registered Practical Nurse at Brockville General Hospital, coming home to his newborn daughter in the morning exhausted.

He works in the mental health unit, but said because of the pandemic, he has also frequently been pulled to cover different areas of the hospital as nurses face widespread staffing shortages and burnout.

“Bills pile up and everything is so expensive, and that stresses everyone out and they’re bringing that into work,” he said.

RPN’s annual wage increases are limited to one per cent by the provincial government’s Bill 124, like all nurses, he said. However, the ceiling on their pay grid is much smaller compared to a Registered Nurse (RN).

Glockler said the cost and time education takes to transition to an RN is for many RPN’s not feasible.

“We’re struggling, all of us, it’s hard to maintain a household and buy food and do the things that you want to do,” he said.

The College of Nurses of Ontario, the governing body in the province that regulates the nursing industry, set the entry-to-practice requirements as well as the work scope for RPNs, RNs and Nurse Practitioners (NP).

CNO spokesperson Kristi Green said in an email to Humber News that the CNO has worked with partners to help enable more nurses to register.

Shannon Wheelans went back to school in September 2019 before the pandemic to complete her master’s and become an NP.

“I saved for a while knowing I was going to go back to school and knowing I wouldn’t be able to work,” she said.

Wheelans said her program in 2019 had roughly 250 applicants for 20 positions, and the number of applications was even higher in 2020.

Marilyn Morson, a professor at Humber in the Faculty of Health Sciences and Wellness and a Program Advisor for Continuous Professional Learning, said the increase in admissions was also experienced by Humber’s nursing programs.

“For the fall just after Covid, we thought enrolment was going to be low, but it was actually much higher than anticipated,” she said.

Doug Ford’s Ontario government has made multiple announcements to increase the number of educational opportunities for nurses in colleges and universities.

The province announced it was allowing Ontario colleges to run stand-alone four-year Bachelor of Sciences programs on Feb. 11, 2020, just before the pandemic, no longer needing to be affiliated with a university.

More recently the province announced investing up to $100 million to add 2,000 nurses and personal support workers in long-term care homes by 2025.

Humber has launched its own stand-alone nursing degree, as well as its own bridging course for RPNs wanting to become RNs.

Humber program coordinator Catharine Ferguson said she couldn’t comment on the new standalone bridging program as it is still awaiting approval. The first class is expected to start in winter 2023.

Kerissa Bridgewater, an RN at Kingston General, said the health care system has needed investment for a long time.

“Even before the pandemic, you’re often working short, with unsafe and unmanageable patient caseloads” she said.

She said nurses in ICU and Emergency usually take pride in working in these critical units.

“The older people are completely burnt out going, ‘screw this save the world’ stuff, they’re just trying to get through the day,” she said.

Glockler, however, wants to look to the future and build for his family.

“It would be nice if they could offer a faster bridging program for RPNs who have already worked for a few years,” he said. “Especially with the bigger scope of an RPN, we’re doing a lot more than we used to.”