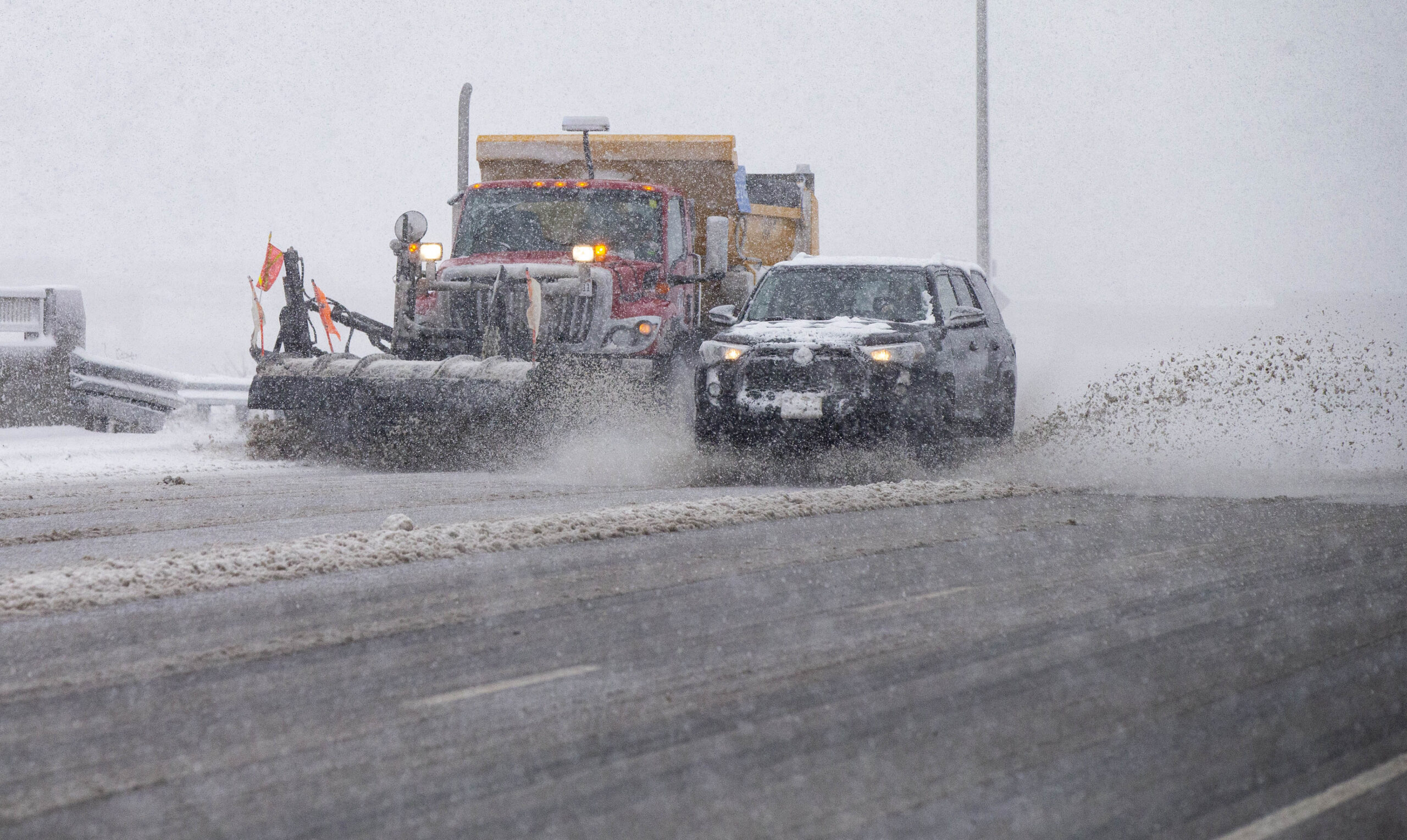 After Monday’s record-breaking snowfall that hit the GTA, Highway 401 from Brampton to Mississauga is still experiencing delays.

Hundreds of people were stuck in their vehicles yesterday for several hours.

OPP Sgt. Kerry Schmidt has been updating OPP Highway Safety Division’s Twitter account about the highway, following collisions and any closures leading off of the 401.

“All traffic is being forced into the collectors …” Sgt. Schmidt said in his recent Twitter video.

The OPP Highway Safety Division also tweeted that there were major collisions involving transport trucks on the highway early this morning but no one was reported injured.

“We haven’t got any calls regarding anybody having medical issues …” Raliion Gentles, Supervisor for OPP Highway Safety Division said, “We were able to get everyone out safe and everyone is on their way home.”

Schmidt said snowplows were making their way through the 401 traffic to help clear the roads.

“We are waiting for the plows, and these plows are stuck in traffic trying to get to us … once they are here we will have a lot of relieve for traffic,” Sgt. Schmidt said in his Twitter video early this morning.

Gentles had said that there is no exact time frame for the highway to clear off, but plow vehicles have made some progress to keep the roads clear.

“We don’t have a time frame, but we have made significant progress, so hopefully by the end of the day we can have a better idea as to where we stand,” Gentle said.

The TTC’s Line 1 was shut down between Sheppard West and St Clair West due to the weather conditions. The transit agency also shut down Line 3 and was running shuttle buses between Kennedy and McCowan Stations.

Although highways are starting to clear up, transportation services like the GO Transit have been taking extra safety measures.

“GO Transit and UP Express service is reduced for Tuesday to ensure we can provide safe, reliable buses and trains as snowstorm clean-up continues,” Nitish Bissonauth, Media Relations & Issues Advisor for Metrolinx said. “There is much work to be done by both Metrolinx and our municipal partners throughout the region to clear the roads and parking lots and ensure safe travels.”

Officials with Environment Canada were encouraging people to stay home, but if you have to drive, to stay updated with any other road closures that could happen throughout the rest of the day.