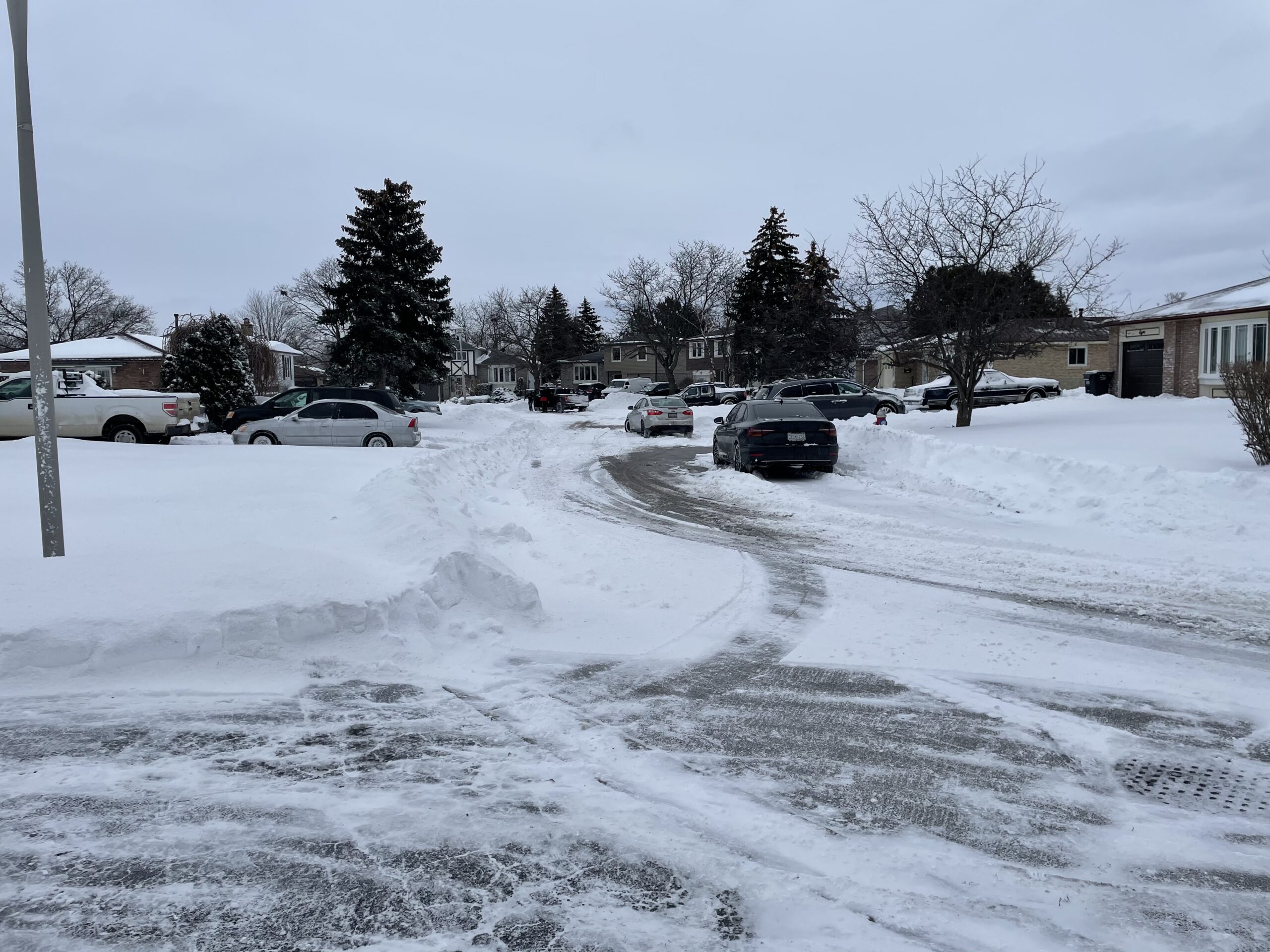 The GTA was hit hard with a major snow storm early Monday forcing roads to close, cancelling transit on certain routes and triggering a weather warning for many people on their way to school and work.

Toronto received up to 60 cm of snow throughout Sunday into Monday afternoon, making it the biggest one-day storm we’ve had since Dec. 11, 1944, with 48.3 cm of snow. In that storm, 21 people died and over 170 people were trapped on public transit such as streetcars.

That storm had been worst snowfall Toronto ever received until now.

“We are expecting it to slowly tapper off towards the east, so most regions should be out of the snow in the next two to three hours,” Steven Flisfeder of Environment and Climate Change Canada said.

Gerald Cheng, a meteorologist with Environment and Climate Change Canada said that Toronto was hit with the worst part of the storm but more is still to come.

“It’s continuing through the afternoon but its winding down,” Cheng said.

The snowfall caught many residents of the GTA off guard, with many not expecting so much snow, nor where it came from.

“This was a bit of a unique track for our storm systems, it started to develop over the U.S. mid-west and it dipped pretty far south towards the south-east United States before making its back up north,” Flisfeder said.

Since Sunday nights warning, Environment Canada said on Monday that winds had picked up to 60 km/h but would reduce throughout the day.

“The heavier snow has disappeared, winds will begin to die down as we get into the evening,” he said.

“The bulk of the snow has already happened… but when we talk about what to expect, we certainly know it’s not a good time to travel anywhere,” Cheng said.

Officials on Monday were advising people to stay inside, and avoid all major roads that were extremely difficult to navigate in all the thick snow.

“I think it’s a matter of staying put, don’t go out, this is a very dangerous storm, heavy amounts of snow we’re not use to it in the Toronto area,” said Phillips.

“The impacts are also greater,” he said.