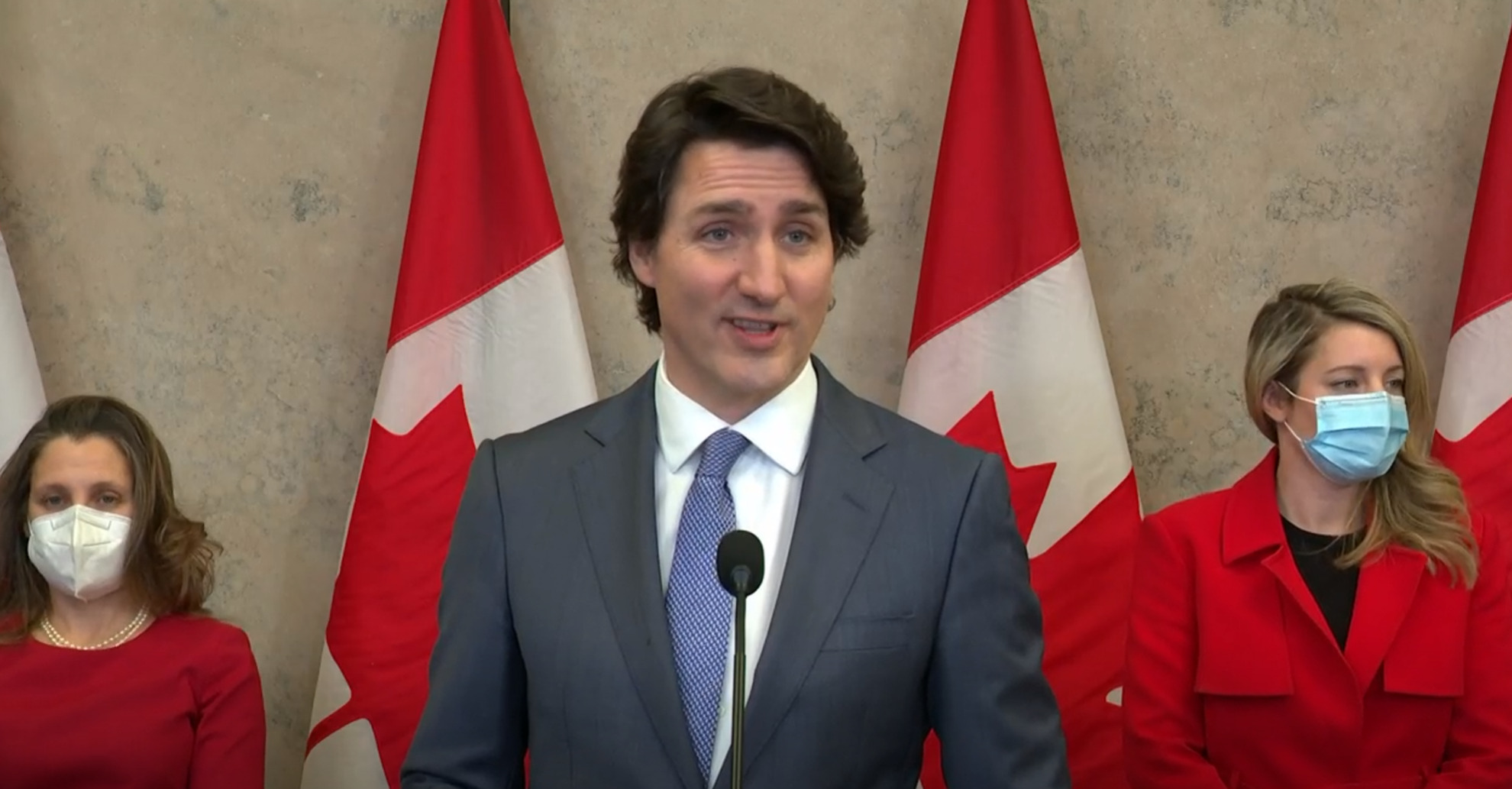 Prime Minister Justin Trudeau revealed on Wednesday a three-year extension of Canada’s military training mission in Ukraine and the deployment of 60 added troops to the country in the face of a Russian military buildup that has sparked concerns of an invasion.

Ottawa has for the last eight years maintained a presence of 200 Canadian Armed Forces personnel to support the government in Kyiv as part of Operation UNIFIER. Trudeau said that number can now go up to 400.

Along with troops, the federal government promised to help Ukraine with its cybersecurity measures. Russia’s use of digital attacks have been a key focus of defence for the West, particularly since the 2016 U.S. election.

“This is the way Canada can best help,” Trudeau said in response to questions at a press conference following a three-day cabinet retreat.

Trudeau emphasized that his government’s approach in its support of Ukraine will continue to be non-lethal and that Canada is working at all diplomatic levels to discourage a Russian invasion.

The government was considering sending small arms to help Kyiv in the event of further conflict with Russia, Global News had reported earlier.

Deputy Prime Minister Chrystia Freeland, who is of Ukrainian descent, said the government’s approach to the crisis is not guided by the “special connection” Canada has with Ukraine but by the aim of preserving democratic values and the world order.

“This is a struggle between democracy and authoritarianism,” Freeland said.

While top officials from Russia, Ukraine, Germany and France met in Paris with the aim of finding a diplomatic solution, foreign affairs minister Melanie Joly said Canada “will continue to work toward a peaceful solution in the face of Russian escalation.”

Russia annexed the strategic province Crimea from Kyiv in 2014 under a complex pretence of historical claims and to come to the defence of ethnic Russians that live there.

Moscow also supported separatists in eastern Ukraine, resulting in years of conflict and some 14,000 deaths, according to Kyiv.

In recent weeks, Russia dramatically increased the number of its military forces – some 100,000 troops – sparking fears of an impending invasion of Ukraine.

Russia denies it plans to invade Ukraine but western nations, the NATO alliance and the United States are not convinced.

Ukrainian international student Valeriia Katiukhina told Humber News that those back home are worried about an invasion but also tired out from years of conflict and Russian threats.

“People are always too tired from all the conflicts and all the things that Russia is doing to Ukraine,” the Humber College business administration student said.

“I’m really scared [for] my family and everyone, especially [being] in another country.”