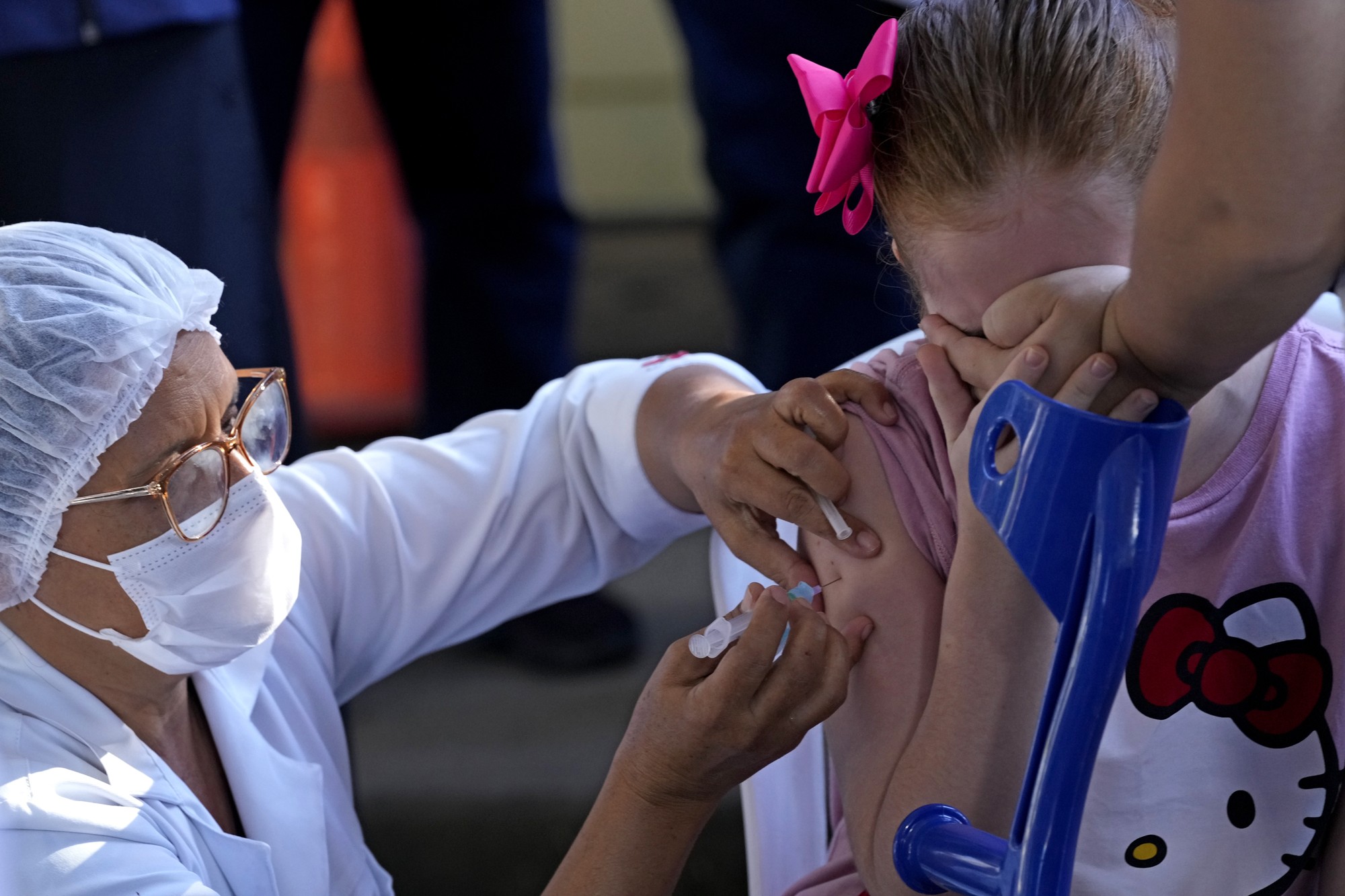 Déborah Coelho is living through the pandemic under greater stress than most Brazilians. The mother of two daughters, Valentina, 8, and Antonella, 4, the 38-year-old nurse worked on the front line against COVID-19 in Belo Horizonte.

“It was a tough challenge, day after day. Especially with the situation we had at the beginning [of the pandemic], it was very tough,” she said from this city of 2.8 million people about 440 kilometers north of Rio de Janeiro.

“And I was afraid for the girls, too, so I avoided being around them,” Coelho said. “It was very difficult for everyone.”

But she felt hopeful when childhood vaccinations were announced in Brazil earlier this month.

“It was a huge relief because even though my youngest daughter can’t take the vaccine yet, I can at least reassure myself a little with the oldest, who has asthma and is in the risk group,” Coelho said.

However, the relief was short-lived. Shortly after the announcement approving the vaccine for use in children by Anvisa, Brazil’s national health surveillance agency, President Jair Bolsonaro raised unfounded suspicions about vaccinating children against COVID-19.

The president openly attacked Anvisa in a Jan. 6 interview after the Ministry of Health announced the inclusion of five-to-11 age group in the national immunization campaign against the coronavirus.

Bolsonaro called Anvisa’s decision to authorize the vaccine “regrettable” and repeated that his 11-year-old daughter Laura would not be vaccinated. The insinuation was that there may be unknown side effects in childhood vaccination, despite Pfizer-BioNTech’s clinical tests and Anvisa’s opinion guaranteeing the vaccine used in Brazil is safe and effective.

The president said in that same interview that he does not know of any children who have died from COVID-19. However, data from state health departments show the number of deaths is equivalent to about one child dying every two days. By count, 311 Brazilians aged between five and 11 died from the disease in the country from the beginning of the pandemic until Jan. 5, 2022.

For Coelho’s husband Brunno, 40, the president’s position is problematic:

“Even more so at this moment, when they are analyzing the possibility of returning to face-to-face classes, vaccinating children is essential,” he said. “This kind of comment can discourage parents from vaccinating their children, and then we will never get out of this situation.

The couple’s daughter Valentina can’t wait to get the vaccine.

“I know it’s going to hurt a little, but I don’t care because I want to go back to my school and play with my friends, I miss them so much,” she said.

The Minister of Health, Marcelo Queiroga, who has been critical of childhood vaccination since December, decided to hold a consultation and a public hearing on the subject. Experts criticized the initiative for delaying the start of vaccinations.

Vaccination in Brazil officially started on Jan. 17 but each of Brazil’s 26 states is organizing the distribution of the vaccine resource in the way it prefers, some by age group, others by comorbidities. There were also reports of delays and difficulties in getting the vaccine across the country.