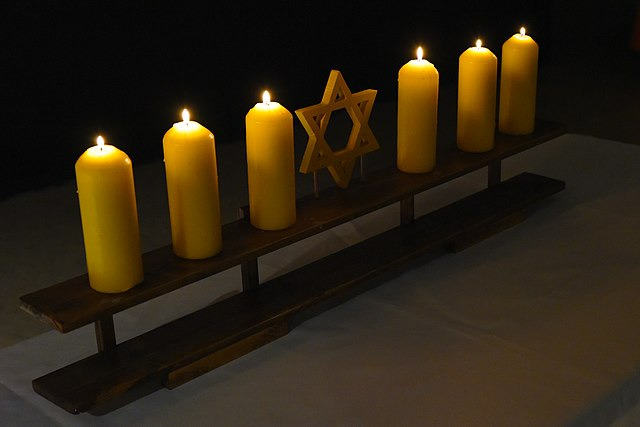 As the world gets ready to mark International Holocaust Day on Jan. 27, there is a new push on for students and everyone in Ontario to know what happened.

Some Jewish parents in Ontario that Humber News spoke with said they do not want their kids to forget their history, and that the entire population needs to know, as well.

Jan. 27 marks the day that the largest Nazi death camp, Auschwitz- Birkenau, was liberated by Soviet troops. At least six million European Jews were murdered by the Nazi regime.

Debbie Killens, a director of product development and a Jewish mother of two, said her grandparents, uncles and aunts perished in the Holocaust. Her parents managed to survive the Nazi regime and were able to come to Canada.

“My parents were there,” Killens said. “So, I lived as the child of a Holocaust survivor.”

Still, 77 years later, CBC News reported that “about one-third of the elementary to high school students who participated said they weren’t sure the Holocaust happened or they thought it was ‘exaggerated or fabricated.'”

And the international group Liberation75 has found that “42 per cent of students said they unequivocally witnessed an antisemitic event even though the vast majority of study participants self-identified as non-Jewish.”

“It is very important for students to learn about this period, even if they do not personally have a connection to this history,” Dara Solomon, the executive director of the Neuberger Holocaust Education Centre told Humber News.

“The circumstances of the Holocaust, the genocide that killed 6 million Jews as well as other targeted groups, really could not have been done just alone by the Nazis,” she said.

“Canada is a safe place for everybody,” Solomon said.

But, because of the targeting of “Jewish people and other people as well, all different minorities, we need to work closely with the school board to prevent this,” she said.

“The Jewish community is helping to do this is by working with the school board to track antisemitic incidents and all forms of hate.”

Some teachers have introduced Holocaust education via history or literature in Ontario.

“The impact we hope is that students after learning about the Holocaust, will ensure that they play a role in protecting our democracy in speaking out against all forms of hate when they see it both online and in the real world,” Solomon said.

“For this to keep alive to make sure that never happens to any other culture, any culture, it does not matter to me who it is. I think ignorance is what is causing a lot of this nightmare that is going on right now,” Killens said.

Solomon said it is vital to really probe how the Holocaust could have happened.

“What conditions led to the Holocaust and how people behaved during the Holocaust? You really start having some very interesting conversations about civic responsibility,” Solomon said.

Killens’ late father was a lecturer, and he had a radio show about the Holocaust. She learned the history from him, but she said that other people may not have a family member who is the survivor of a genocide.

Killens said that her mother watched the movie Schindler’s List with tears. “It was just too upsetting for her, but she said it was the most real depiction of a movie she has ever seen.”

“The impact we hope is that students after learning about the Holocaust, will ensure that they play a role in protecting our democracy in speaking out against all forms of hate when they see it both online and in the real world,” Solomon said.