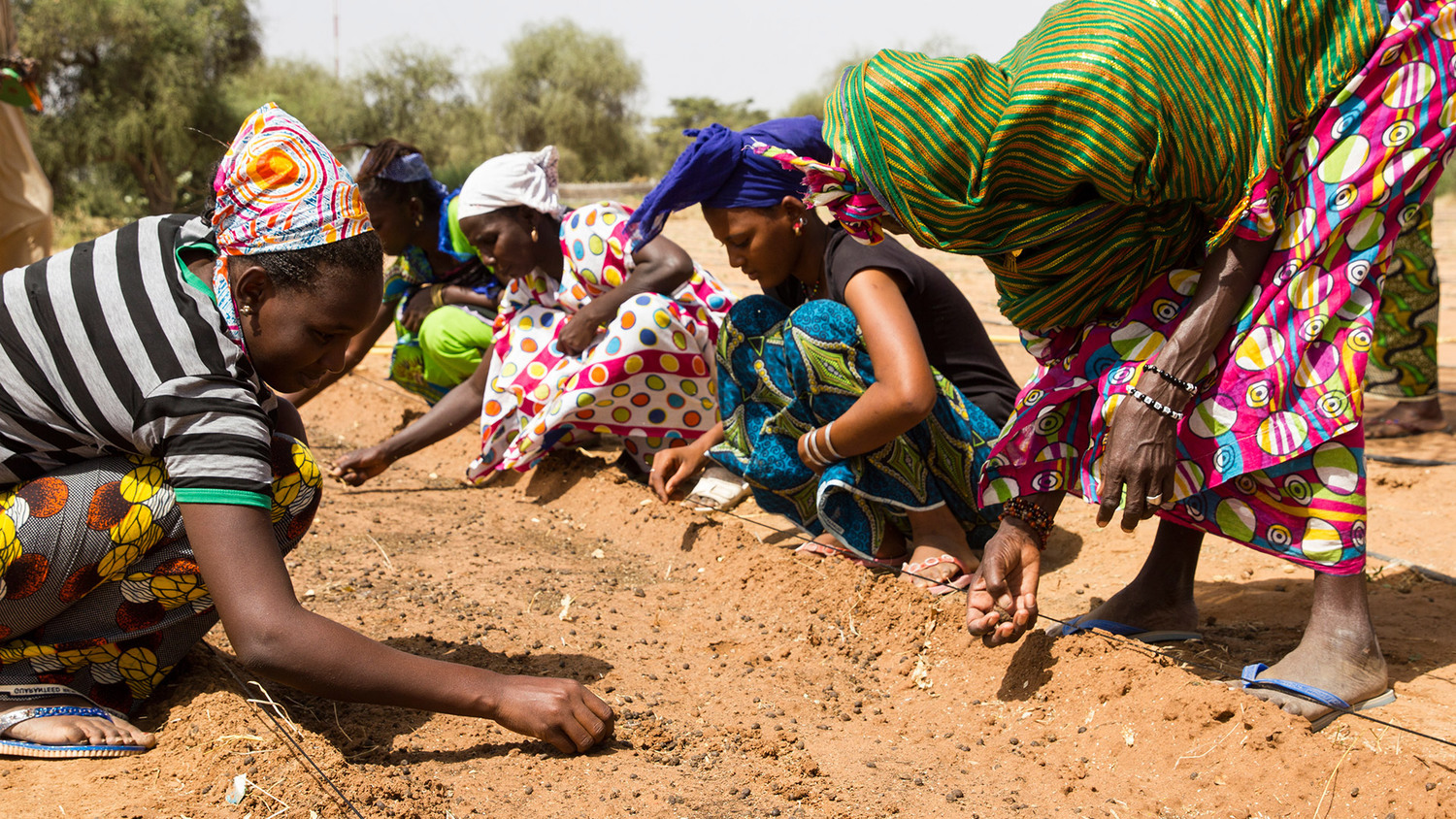 The African savannah’s northern edge, known as the Sahel, is swiftly transforming into a swath of uninhabitable desert land, the scourge of climate change and extreme poverty.

Yet the regional restoration movement promises to be a long-term game-changer.

“The Great Green Wall is a 180 degrees’ environmental turn that will bring everything that makes a flourishing ecosystem back to life,” said Lindsay Cobb, communications deputy director with Trees for the Future.

The Great Green Wall is an 8,000-kilometre natural fortification that stretches across Africa’s width, from Senegal on the Atlantic coast to Djibouti, situated at the Red Sea.

The initiative, launched by the African Union in 2007, is designed to halt desertification by restoring 100 million hectares, reversing the Sahara Desert’s advancement south into the continent.

“Over time, the project has proven to be more than just a fence of trees, (by) helping entire communities to shift their lives in a positive direction,” Cobb said.

Along with Trees for the Future, Cobb has worked on re-greening campaigns partnering with the Great Green Wall project across nine countries.

The nonprofit organization’s contribution lies in instructing local farmers into sustainable agricultural practices. Over a four-year program known as the Forest Garden Approach, farmers revitalized the soil, bringing back nutrients by planting around 2,500 fast-growing trees.

At the same time, Cobb said farmers started to diversify their land, cultivating fruit and vegetable crops in nurseries, which then are sowed in the restored ground and grown until harvesting.

“The crops have become a new source of income,” Cobb said. “It has given farmers a chance to restore their livelihoods and the environment from their backyard.”

From selling their harvest in local markets to exporting their local fruits across the Mediterranean Sea, communities ascribed to the Great Green Wall have seen up to a 400-per-cent income increase every year.

“We are talking about communities who used to live in extreme poverty, earning less than $1 a day,” Cobb said. “This project has changed their lives dramatically.”

Food security, classes filled with nourished students and less irregular immigration to Europe come as secondary benefits of this initiative. These are the reasons that Marie-Noelle Keijze attributes to the high demand for re-greening projects in the Sahel.

Keijze, We Forest‘s co-founder and CEO, has been engaged in reforestation and land restoration projects in Senegal and Ethiopia’s Sahel strip.

“Life there is inexplicably hard, that’s why when you go for the first time, you only see children and seniors,” Keijze said. “Everyone who can still work is gone.”

Along with the re-greening campaigns, she said some communities are starting to witness environmental improvements a still growing topsoil offers.

“Trees are cooling off the weather, they are bringing back clouds and allowing the ground to stay compact,” Keijze said.

The Wall aims to sequester 250 million tonnes of carbon dioxide when completed, a nature-based solution to the current climatic crisis, the Great Green Wall organization said.

The African-led initiative won’t have the expected impact on a global scale on its own, said the media relations representative with the Green Climate Fund.

“This natural wonder is sadly just a band-aid,” he said.

Of the 17 UN Sustainable Development Goals (SDG), the Great Green Wall supports 15, but reaching them within the allotted time is something Craig is hesitant to believe.

Despite all the sponsorships, international partnerships and government aid, the Wall still has a long way ahead, Craig said.

Keijze agrees, but doesn’t see it as a significant issue.

She said 15 per cent of the restoration has been completed and re-greening the rest will hardly be done by 2030.

“Any delay in restoring forests is an opportunity missed to reduce climate change,” Keijze said. “That’s why crushing or not, the deadline is secondary.”