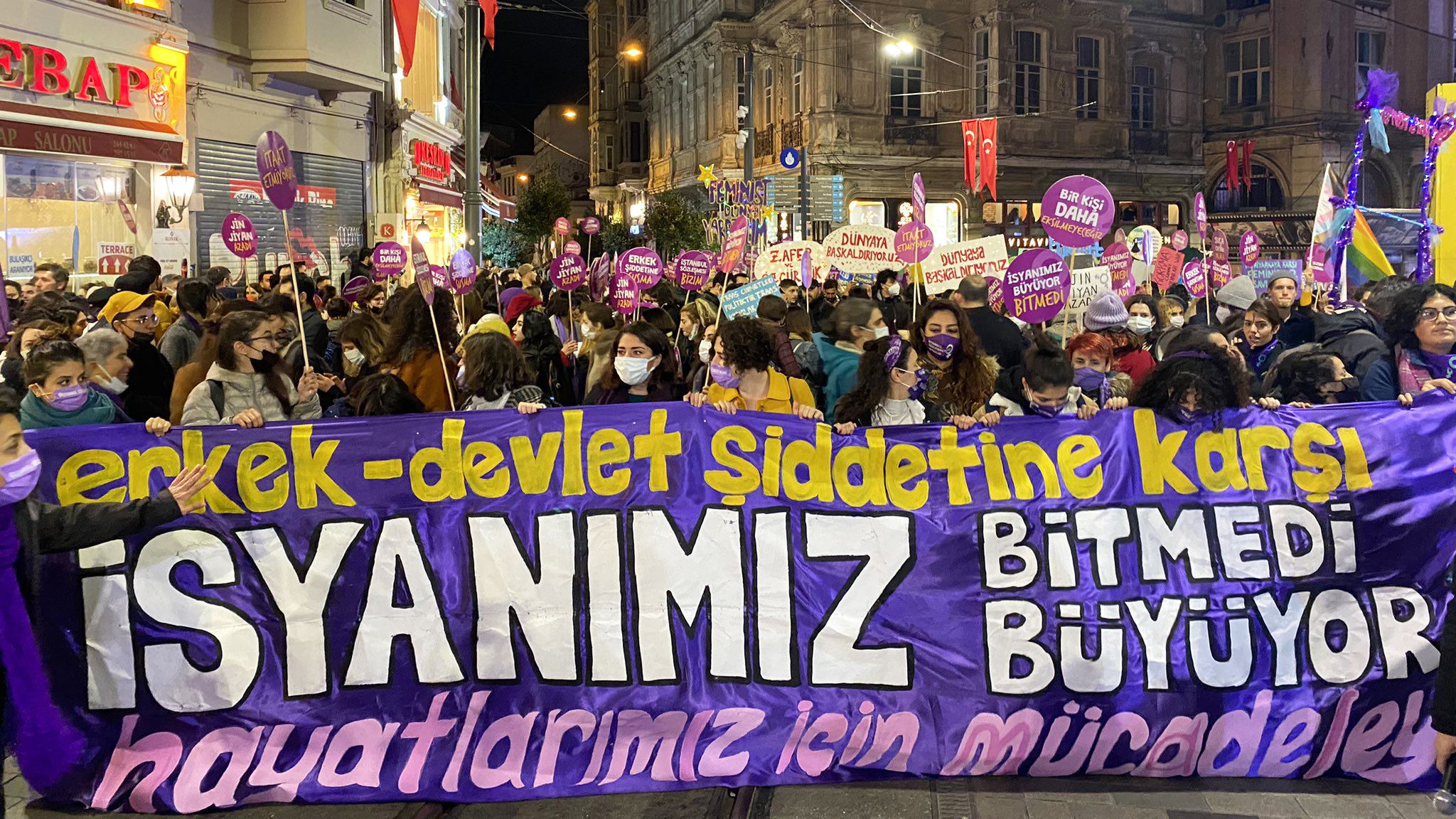 The names of women who are subjected to violence change on an all-to-regular basis, as domestic violence and femicide are the same all around the world.

Women do not feel safe and secure in the streets walking alone, at work, school, and even in their homes for the fear of being exposed to physical or sexual violence.

Have you ever walked in the streets in the evening frequently looking behind with fear of being kidnapped or abused by someone? Have you ever dragged your heels going to work because your boss violated you psychologically? Have you ever been scared of going home if you might be hurt or killed by your partner?

These are the questions many women face every day. They experience gender-based violence and they want it to stop.

Turkish authorities stepped in violently as several groups of women tried to celebrate International Day for the Elimination of Violence against Women on Nov. 25. Their march was meant to protest growing violence against women. “Women should live without fear,” they cried knowing that it is almost impossible in their homeland.

Women protesters marched to defend their rights and to condemn gender-based violence and femicide. They gathered on Istiklal Avenue, among the busiest streets, which has hosted human rights protests for decades.

Turkish police confronted demonstrators as they arrived in Istiklal with their flags, banners and hopes. Police broke up the women`s protest by shooting them with pepper spray capsules and plastic bullets.

“The police ​blocked us off with barriers and never let us take a single step forward,” said Zeynep Duygu Agbayir, sociologist and human rights defender and one of the protesters. “But we were insistent because we could not use our constitutional right to peaceful assembly and demonstration.” 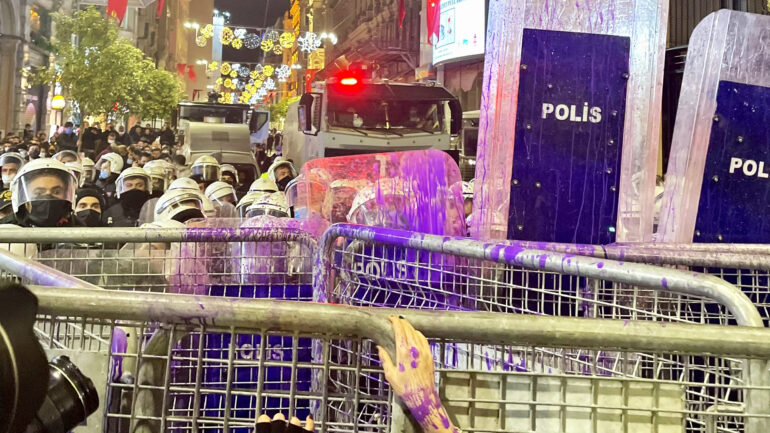 Turkish police block off women demonstrators with barriers during the International Day for the Elimination of Violence against Women on Nov. 25, in Istanbul, Turkey, Photo credit: Courtesy of Eftelya Koyuncu

The riot police understood they could not disperse the crowd, firing pepper spray on the women who were shouting the slogan “government resign.”

Agbayir said they were in the area to protest the widespread exploitation, rape of women and domestic violence.

“However, we were subjected to the police violence,” she said.

Istanbul was not the only city where women’s rights defenders protested. Women demanded urgent action against gender-based violence in more than 10 cities of Turkey.

The demonstrators called on President Recep Tayyip Erdogan to restore the country’s membership in the Istanbul Convention, an international agreement to protect women’s rights. The Turkish government withdrew from the Convention at midnight on March 20.

The major component of the Convention is to save the LGBTQ+ community. As an Islamic leader Erdogan refused to be a protector and by withdrawing, he was to consolidate his decreasing power among religious and conservative voters.

Agbayir said the Istanbul Convention was not applied actively before Turkey announced its withdrawal, but it was considered a deterrent for men.

“Now, men know that they will not receive imprisonment for too many years, and they hide behind the government’s decision,” she said.

Women’s rights organizations considered the Convention as legal insurance. In the aftermath of the government’s withdrawal from the pact, the number of violent incidents against women soared.

According to the We Will Stop Femicide, a women’s rights advocacy group, 353 women have been killed in Turkey so far in 2021 and another 171 women died under suspicious circumstances, where the causes of death could not be established. Compared to 2021, 409 were murdered in 2020.

In October, 18 women were the victims of femicide by men, and 19 others were found dead under suspicious conditions.

“There is a power — the ruling party — that maintains the patriarchal order and insists on it,” Agbayir said.

According to the patriarchal mindset, women are just mothers, and only they must be responsible for the kids, unlike fathers. Women are just housewives who cook dinner, clean their homes and obey husbands.

Women have no other option than to shut up when they argue with their partners, unlike men.

Since females have to seek their rights and equality, they are likely to become a victim of gender-based violations, from femicide to the pepper gas of the police.

So, what does the Turkish government do to stop femicides and protect women?

The result is that femicide is political.