Women organize their own gaming tournaments to escape misogyny 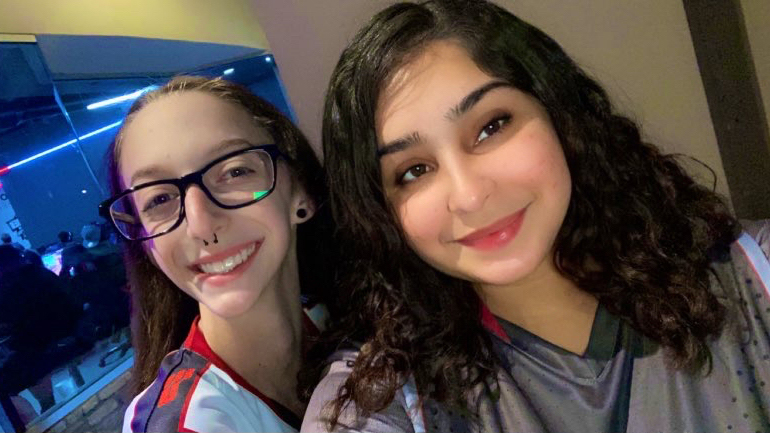 Women are carving out their own safe spaces in the gaming world by organizing women-only teams, tournaments and Discords, free from the sexism they encounter in co-ed competitions.

“I would participate in them myself if I was given the chance, and I’m a big fan of Cloud 9 White, Cloud 9’s female Valorant team, and watch them compete regularly,” she said.

Some women gamers are helping these gaming tournaments and teams become more popular by streaming the event live on their platform.

“I stream most of my matches. It’s a great way for me to get my name out there while competing,” Hope said. “I like winning with other girls, and showing that women can do exactly what the guys do.”

Hope and gamers like her would not be able to compete without tournament organizers such as Paige Richmond, who has hosted multiple tournaments such as the Crown of Empress Valorant Tournament and multiple Call of Duty tournaments in the past year.

“I created women-only tournaments because I wanted the female community to have a safe place to be able to compete and bring all of them together so they didn’t feel alone,” Richmond said.

“Some people aren’t very supportive of the female community, so this year I decided to open the eyes of those people who refuse to see what they can do,” she said.

Female gamers have also created Discord servers — online platforms for chatting — only for women, where they compete in tournaments or play together as a team.

The Galorants Discord is an example of a safe women-only gaming server.

“The toxicity women face in gaming is what encouraged me to help create this platform,” said Nicolette Barker, Galorants owner and co-creator.

“Now, the lack of opportunities in all areas, competitive and production, growth is what encourages me to continue growing and improving Galorants for both women and non-binary participants in the scene,” Barker said.

Galorants is partnered with Riot Games and Gen.G to host the VCT Game Changers Academy, a series of tournaments dedicated to assisting newer teams that are at the grassroots level.

“We also assist with the main events, VCT Game Changers, as a means of verification and admin assistance,” Barker said. “Aside from that, we host in-house events, and lower-ranked tournaments.”

The Galorant Discord has a verification system that includes photo identification with the member’s username to ensure only women can join the Discord.

This keeps the Discord area free of trolls, sexism, and harassment female gamers often face to ensure women have a positive experience while communicating.