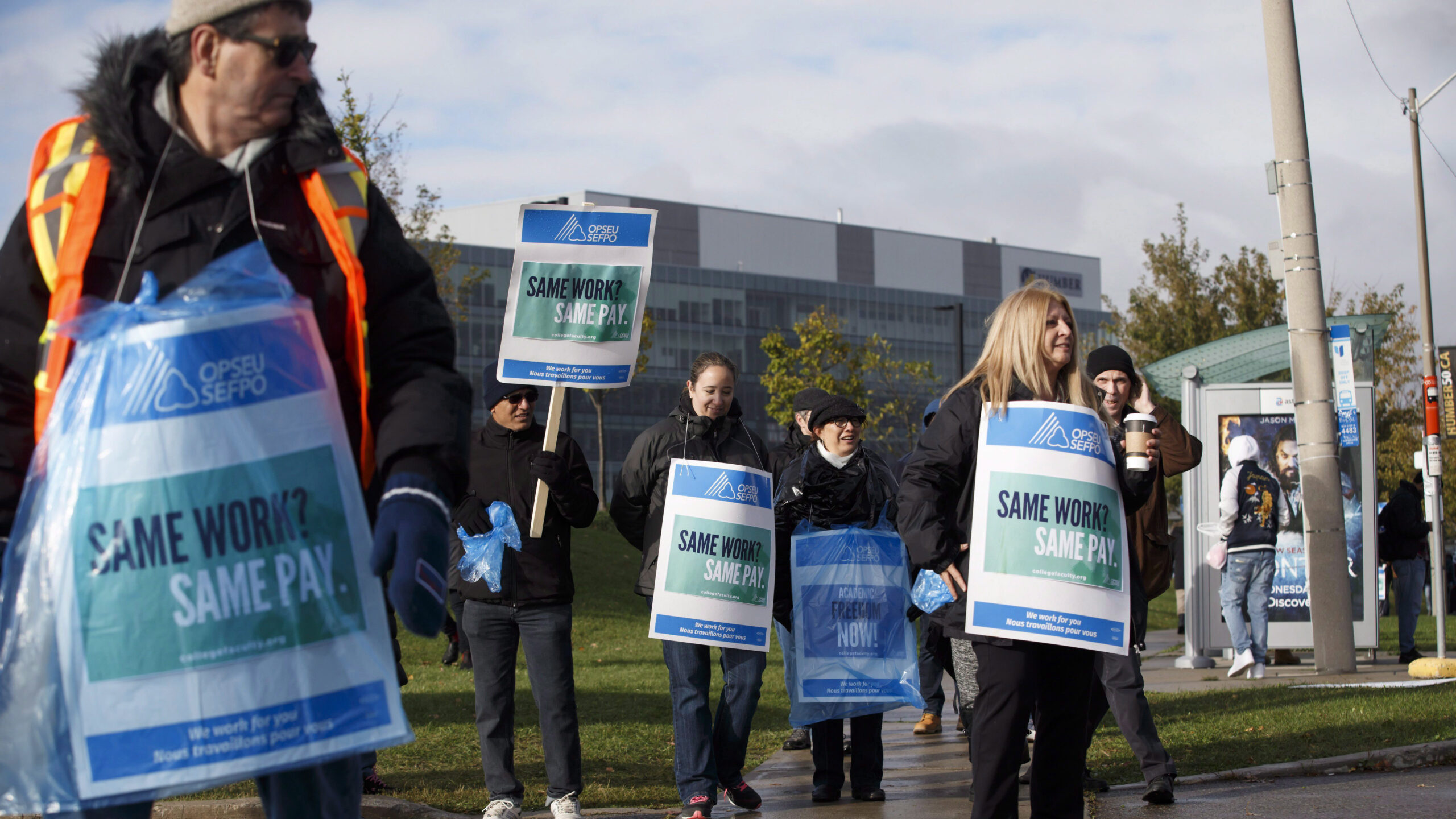 Tensions are high between Ontario colleges and the faculty union amid stalled collective agreement negotiations headed into the holiday break.

January is shaping up to be a potentially chaotic first month of the winter semester for students across the province.

Monday saw the 24 publicly-funded colleges impose “terms and conditions” on its faculty union members, a legal tool that allows the College Employer Council to make any change they wish to faculty contracts.

The council’s set of imposed contract changes included the maximum annual wage increase of one per cent, medical cannabis coverage, an unexplained update to the counsellor class description and changes to partial-load faculty requirements.

While the changes have been acknowledged as largely positive for faculty, union leadership compared the imposed terms to a “pizza party” to placate unrest.

The council, or CEC, confirmed to Humber Et Cetera on Friday morning it has no plans to change any further terms and conditions beyond those imposed on Monday, despite union fears new terms would evolve week-by-week.

In response, empowered by a strike mandate vote that received 59 per cent support last week, the college academic wing of the Ontario Public Service Employees Union triggered its own counter-mechanism known as “work-to-rule.”

Faculty will start this initial stage of job action as of Saturday, meaning students will not be affected until they return on Jan. 4 after the holiday break.

It could later escalate to a strike, though union leaders insist they want to avoid that option.

“The biggest fear about a possible teachers’ strike is the delay in my professional plans,” third-year Humber commerce student Dinzando Vando-Bartolomeu said of the possibility.

“I am a mature student, and every year counts towards completing the degree furthering my career,” he said.

Humber’s Local 562 union president Miloš Vasić told Humber Et Cetera the entire bargaining process can come to an end quickly if the college presidents instruct the employer council to come back to the bargaining table.

“None of this brinkmanship is necessary,” Vasić said. “It can be over very quickly.”

In response, the council said in a statement to the Humber Et Cetera that it’s “been clear about the items we cannot agree to as well as the areas that still show room for common ground.”

“We urge the CAAT-A bargaining team to remove the demands they know the Colleges cannot ever agree to and rejoin us at the table to conclude the collective agreement,” it said in an email message.

The College Employer Council and OPSEU’s CAAT-A negotiators were last at the bargaining table on Nov. 19 before conciliation failed.

It’s not only the turmoil of faculty bargaining that awaits students come the new year.

Humber joined many of its Greater Toronto Area counterparts on Thursday when it announced that in-person classes would be moved 100 per cent online until Jan. 23 due to the growing threat of the COVID-19 variant known as Omicron.

A message sent to staff seen by Humber Et Cetera revealed that the college will “review this direction monthly, beginning in January, to advise the plans for February and every month thereafter.”