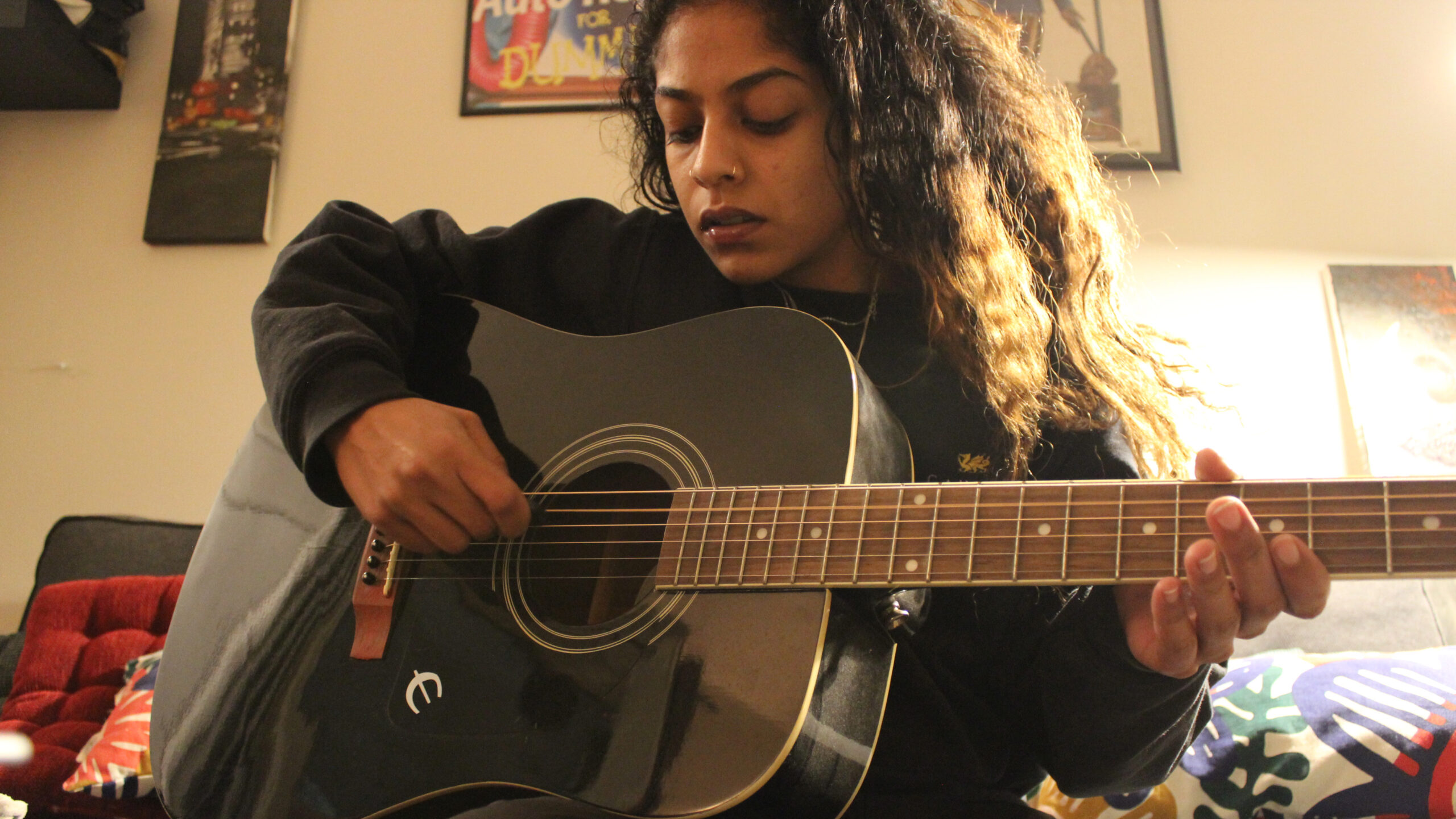 Technological music production has replaced the use of instruments because of the innovative ways it allows creators to arrange, edit, mix, and master music with access to guitar, piano, and drum kit samples.

“I was really interested in that announcement that came out a few weeks ago about Anderson .Paak’s new record label, just giving folks that play instruments a space to do that,” said Hannah Burge, a music professor at Humber College’s Lakeshore campus and PhD candidate.

However, there are crucial benefits that come with using instruments.

Technology is now found everywhere and has had a sweeping influence on the art of music. When undergoing the trial and error of playing instruments it creates a bond with the artist and the producer, in which the emotion and the time spent, prevails through the final product.

Learning to play and use instruments can also help individuals to understand music theory and concepts. This can support an artist or producer to better communicate with other musicians and to produce balanced music.

According to the College Music Society, synthesized or sampled sounds are now used instead of a real instrument, such as a pipe organ. Different instruments are available through digital synthesizers and are accessed using a MIDI digital piano keyboard that will sound similar to piano timbres.

Digital sounds that are used today can have an impact on brain stimulation.

Playing instruments can improve a person’s brain neuroplasticity. When repeating an activity frequently, the more proactive neurons become, which results in stronger connections made, according to research studies cited in Scientific American.

Learning how to play an instrument can bring on neuroplastic changes in all areas of the brain which can benefit retention and memory.

The research shows the occipital lobe interprets pitch and rhythm, the temporal lobe processes sound, the frontal lobe digests the music and will remember what was just played, and the parietal lobe combines all the incoming sensory information to the brain.

Using original forms can elevate creativity. Single voice instruments, like the violin and cello, give limitations because it forces a person to focus on one aspect of music at a time and propel creativity. Learning the instrument chord progression can also help to better read and understand when producing through software such as Logic Pro or Garageband.

“These folks are not only working with new technologies, but they’re submitting their parts that they’ve recorded at home to be on projects …. so someone could submit their drum parts and that gets imported and worked into someone else’s track, which wouldn’t have been possible without technology,” Burge said.

Technological production, however, has provided many new ways to create and collaborate with music. Due to the pandemic producers use social media platforms to reveal their production processes. Although this can be a short summary of the steps involved, there is an opportunity for collaboration worldwide to learn the general ropes behind software music production.

“I think digital collaborative spaces between audiences and artists like slide room, have really made a space for artists with diverse ranges of abilities to connect with audiences in digital ways, there wouldn’t be the same limitations and challenges,” Burge said.