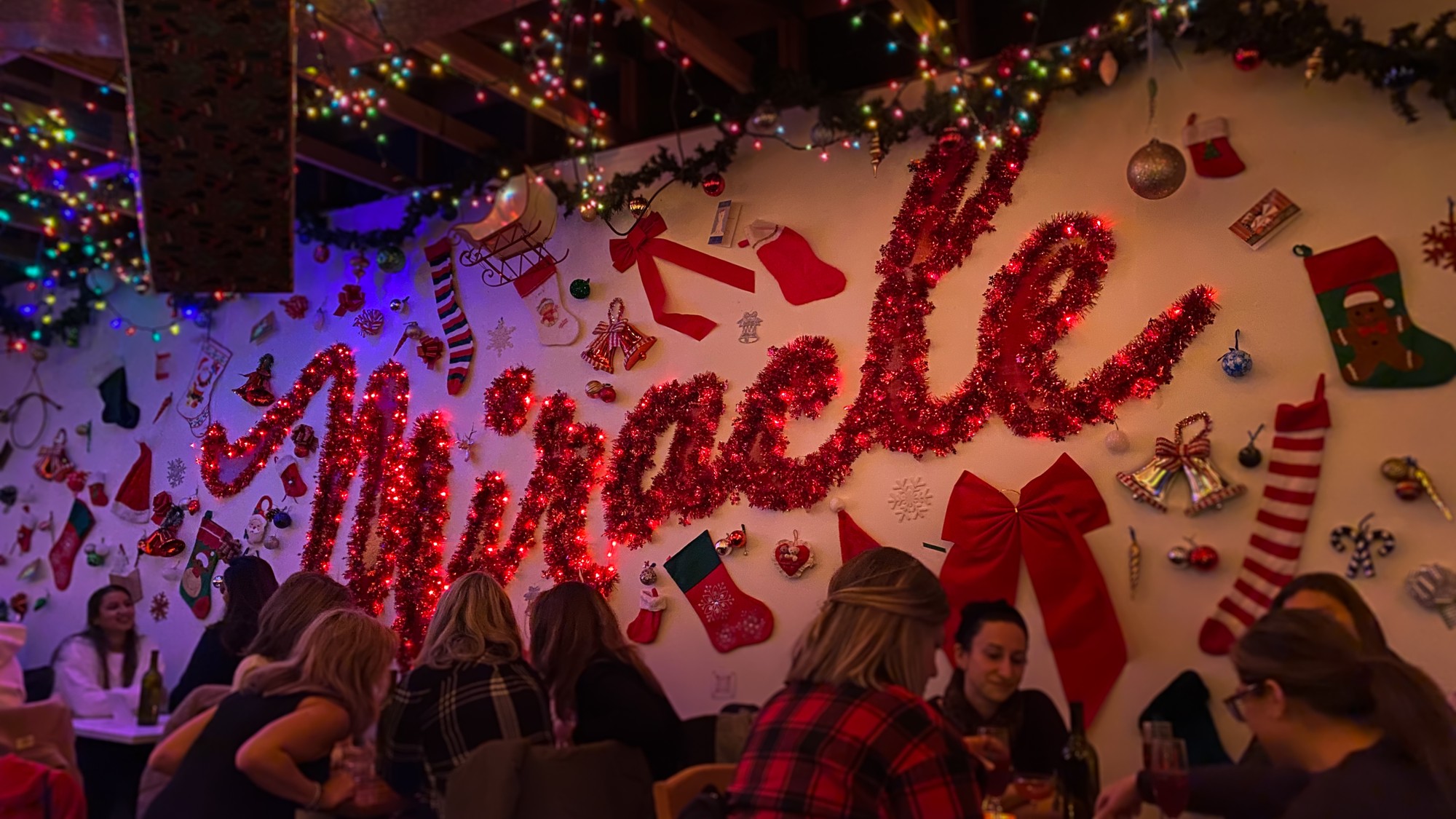 It’s beginning to look a lot like Christmas so it’s time to get back into the holiday spirit once again and Miracle on Bloor Street is just the place to bring some of that Christmas joy.

“It’s very fun and festive,” said Mackenzie Taylor, who was visiting Miracle on Bloor with some friends last weekend.

Civil Liberties, a restaurant on Bloor Street near Ossington Avenue, has been doing its holiday-themed pop-up bars since 2018 with breaks in between due to the pandemic. Their two pop-up spaces this year are called Sippin’ Santa and Miracle on Bloor, both steps away from their main location.

The pop-ups offer a laid-back and cozy atmosphere, as if going to people’s houses for Christmas, the restaurant says.

Both locations were decorated floor-to-ceiling with everything related to Christmas, so people might feel as if they stepped right into Santa’s workshop. From the server’s uniforms to the Christmas-themed cocktails there wasn’t anything but holiday cheer throughout the bar, with many photo opportunities for guests including a giant hugging teddy bear.

“The food was great,” Taylor said. “The cookies were amazing.”

Though Miracle’s menu is mostly Christmas-themed cocktails that come in their limited edition Santa-themed cups, they had some snack options which included Christmas cookies and other staple holiday treats.

“It was a fun night,” said Stefan Watson, who visited Miracle last weekend. “I’d love to go back again and try out some different drinks, and after I told my parents about this night, they were intrigued by the drinks offered and they want to try and re-create them. So I know what I’m doing over the holidays!”

Miracle and Sippin’ Santa are both open seven days a week from early evening into the next morning until Christmas at 875 and 866 Bloor St. W. There is no waitlist at either location, it is first come, first serve to give everyone a chance to dash through the snow to get into the Christmas spirit.

“I usually get into the Christmas spirit when I go home for Christmas after school,” Watson said. “So this was a great way to get into the spirit before going home for the holidays.”

A bar wouldn’t quite be Christmas-themed without some classic non-stop music throughout the space. From Mariah Carey to Elvis Presley, the room was filled with Christmas tunes to match the decor.

“It was a pretty good night,” Jordon Schaffer said. “The drinks that I tried were really good and very Christmassy.”

“I wasn’t feeling festive before, but with the six-foot teddy bear, Christmas menu, and all the decorations, I would say it is the season for sure,” Schaffer said.