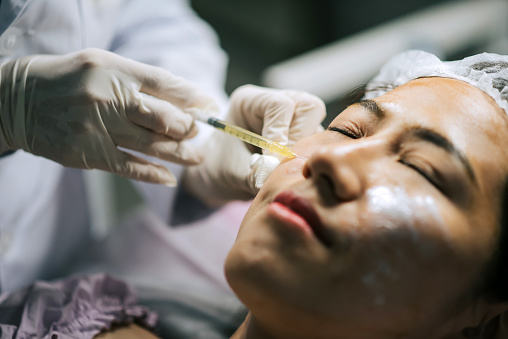 Alessandra Serpe works with Toronto nightclub promoters and got a lip filler procedure done as she loves to play around with her look.

“I had lips on the thinner side and wanted more room for lipstick,” Serpe said. “Social media played a part in me getting filler. Seeing young celebrities like Kylie Jenner get it done made it normal and in style with today’s times.”

Social media has changed the perspectives on life and beauty. So much so that The Plastic Surgery Clinic in Toronto reported cosmetic surgeries, like the Brazilian butt lift, breast augmentation and liposuction, have risen in the last decade.

There is a steady parade of ads with models who have perfect bodies and glowing skin.

The growth of interest for cosmetic procedures makes those who have to get work done for their health urge people to weigh the pros and cons.

Emily Herbert, a receptionist in Markham, Ont., got a mandatory breast reduction and liposuction in 2016 due to severe back and neck pain. She thinks people should think before going ahead with such a serious surgery.

“People today want implants or liposuction so badly, but they don’t even know what the risks of these surgeries are,” Herbert said.

Before her surgery in 2016, Herbert did not want to undergo surgery because of the local anesthesia. Although, because of the pain she was experiencing, she felt it was needed to help with her physical health.

“Had it not been causing me brutal back pain, I wouldn’t have undergone it. Experiencing the recovery process turned me off from surgeries,” she said.

People striving for perfection are making cosmetic procedures more normalized. People are becoming more open to the ideas of treatments too.

A survey by the American Society of Plastic Surgeons (ASPS) reported 11 per cent of the 1,000 women who responded that during the COVID-19 pandemic they became more interested and open to getting plastic surgery and non-surgical procedures.

The survey showed 35 per cent of women who already had cosmetic procedures plan to spend more on these treatments in the future.

Casey Rochon, who works an office job by day in Toronto and is also a social media buff, said the internet creates a schism between the desire for physical change and reality.

“Addictions to social media cause a disconnect between people and what is real,” Rochon said.

“There’s been times I wanted to sit and visit someone but they’re consumed by their Instagram feed and looking at photos of how they want to change their hair, style, even body proportions,” she said.