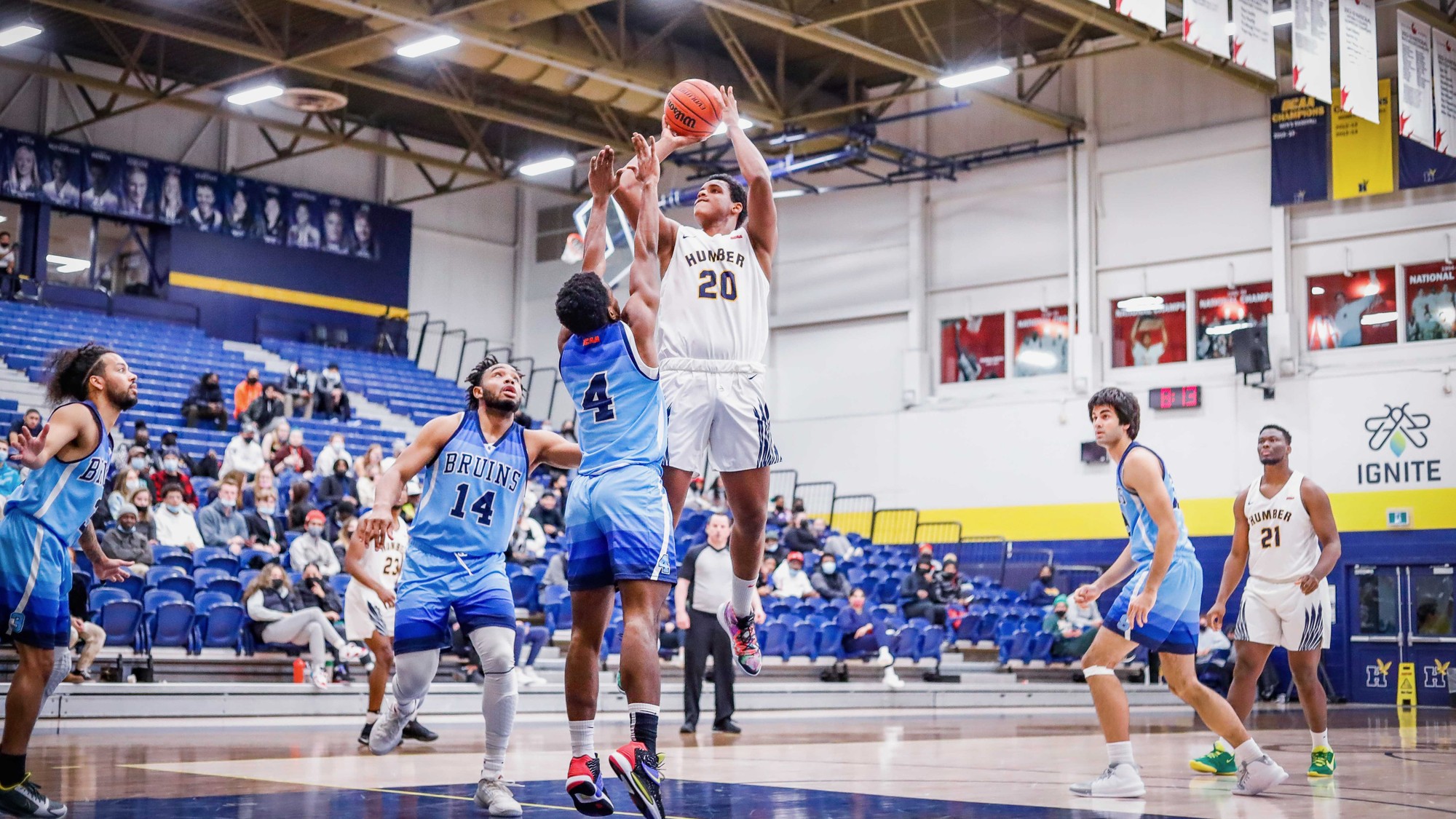 The Hawks established their ground and set the tone during warmups. The team had their game faces on and their head in the game, and showed it with consecutive free throws, lay-ups and a windmill dunk.

Kevin Otoo, starting guard for the Humber’s men’s basketball team, said he was just “doing what I do best” in leading the Hawks to a 101-78 thrashing of rival Sheridan Bruins on Wednesday.

“Just attacking, to be honest,” said Otoo, a six-foot Brampton native who has turned in three career double-doubles. He said he used his athleticism and his acceleration to get to the rim.

“I don’t think many people can stay in front of me off the ball,” Otoo said.

The Hawks soared after the opening jump ball, and built a 54-39 lead going into the half-time break.

The Hawks, out-battling Sheridan for rebounds and loose balls, showed up with energy and imposed their will on the Bruins early.

The crowd was in for a treat during the fourth quarter. The ball movement was fast-paced and the Hawks did not stop their momentum until the clock hit its final buzzer.

Frank Mitchell, a six-foot-eight first-year forward for Humber, also played with infectious passion, yelling in triumph after slams that delighted the crowd and his teammates.

“Came in, played alright, and established my position on the team,” said Mitchell, checking off his list to win.

Prior to the pandemic, the bleachers were jam-packed with Hawk fans. The rivalry still stands to this day, but the crowd is smaller due to social distancing guidelines.

The Hawks’ third consecutive win this season may have been a fun-filled outing for some, but Mitchell said it did send a powerful message on the court.

“We’re not playing around,” he said.