Avoid labour disruption for the sake of students 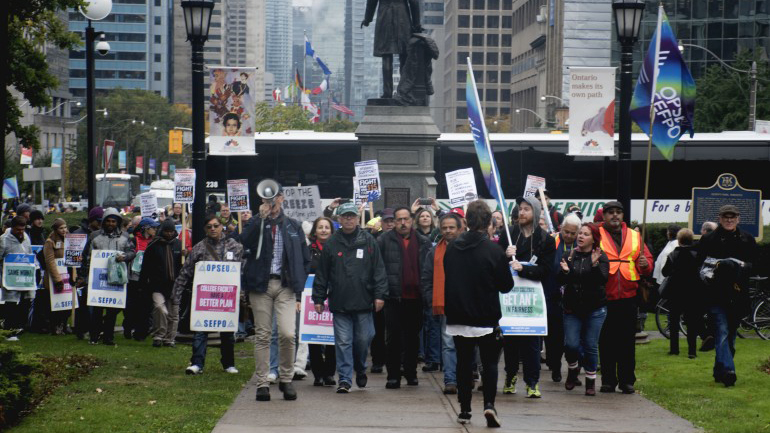 We’ve been through too much already.

A record five-week faculty strike in fall 2017 brought a halt to classes at all 24 public colleges across Ontario, disrupting and, in some cases, ending academic studies.

The slashes to the Ontario Student Assistance Program a year later by the newly-elected Progressive Conservative government under Premier Doug Ford cut off deserving students from the help they needed to launch their careers.

To kick off 2019, Ford and company unveiled the Student Choice Initiative that shook student institutions to their cores across the province, killing student union jobs, support centres and even assailing student newspapers.

As if three years of post-secondary student harassment wasn’t enough, the global pandemic threw education into a hurricane of reinvention that left a trail of destroyed courses, half-decent quality in learning and a horrible status of student mental health.

And now, in January, we could have a strike because the College Employer Council isn’t coming to the table and finding a solution to what could be another year of disruption for students.

While the faculty could be considered partly at fault, it’s really on the council to come back to the table after leaving conciliation. The CEC is also putting pressure on faculty through imposing terms and conditions — deciding what their contracts are without approval.

Now, in-person classes are delayed until at least the week of Jan. 24 — yet another disruption to student life as a wave of Omicron looms on the horizon.

It’s time for students to get a break from the chaos that has plagued them for the last three-and-a-half years, and especially, this semester.

I’m calling on the College Employer Council and OPSEU to return to the table and get it done for students. It’s time to put the politics, the headlines and, when it comes to the CEC, the grandstanding aside.

What faculty are asking for is to be paid for the extra hours they put in all the time out of care for their students. They aren’t asking for more money, instead its about equity and being fair.

Its time the CEC stop playing games with the lives of students and faculty and find solutions at the bargaining table in an equitable and efficient matter.

Resolving these negotiations and absolving students of at least one worry for next semester would be the greatest Christmas present we could ask for.