Women’s rights in Afghanistan under threat once again 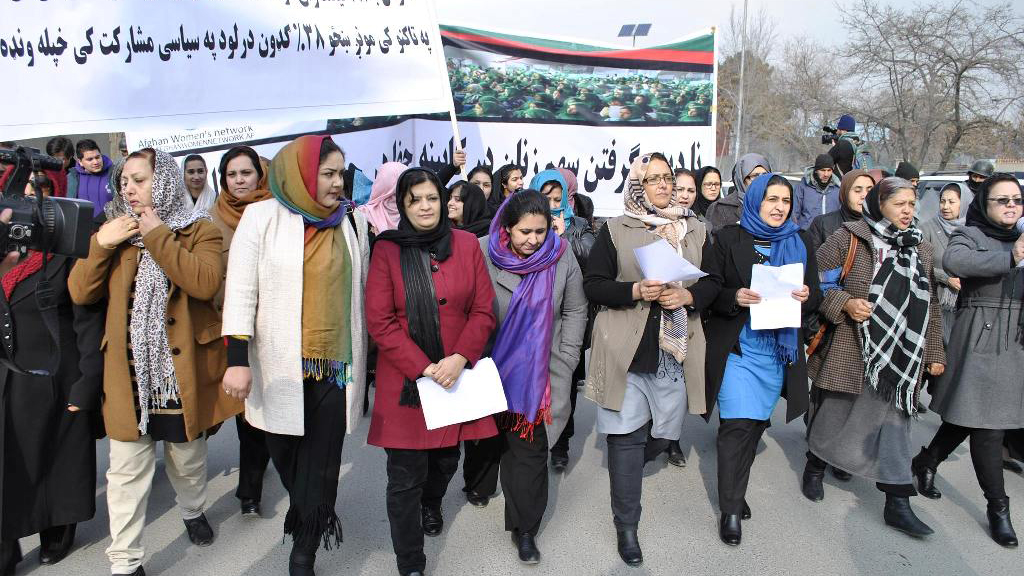 Regime change in Afghanistan has reinstated women in the land-locked country to what are considered traditional roles. That means a return to restrictions in education, work and daily life, as it was before the NATO invasion in 2001.

Although the Taliban initially said it would rule differently than it did before in the 1990s when it quickly reclaimed the country after the Americans withdrew in August, promises concerning education and employment opportunities for women were soon broken.

The Taliban cracked down on protests by women, and removed the ability for them to be part of civil society, be journalists or involved in politics.

To Farheen Damji, a nurse at Trillium Hospital in Mississauga, nothing was surprising about the oppression of Afghan women.

“This issue has been around for a long time,” Damji said. She suspects resistance will continue and grow.

“There are so many women nowadays who are advancing rights,” she said. “Now they are encouraging their daughters to go out and do jobs.”

In September, the Taliban education minister Abdul Baqi revealed a policy to impose new restrictions on girls in sports. The policy included gender-segregated classrooms, Islamic dress codes, and other rules. Details about revising subject content taught to the separated genders are currently limited.

While the return of the Taliban put the plight of Afghan women back in the international spotlight, that kind of gender oppression is not unique to Afghanistan.

Ishara Yahampath, a student at York University, said that her native country of Sri Lanka has a male-dominated society. There are similar issues of women`s rights what is expected of them, such as women are not allowed to be outside alone after midnight.

“Policies need to be changed, and change means that women should not be marginalized or oppressed in society,” Yahampath said.

International Development Minister Karina Gould said on social media that Canada is “deeply concerned a bout the deteriorating situation in Afghanistan, including the potential collapse of financial and social systems, and the devastating impact this would have on the most vulnerable, especially women and girls.”

She said Canada must “act urgently” with partners in Afghanistan and Canada to continue relocating Afghanistan women. 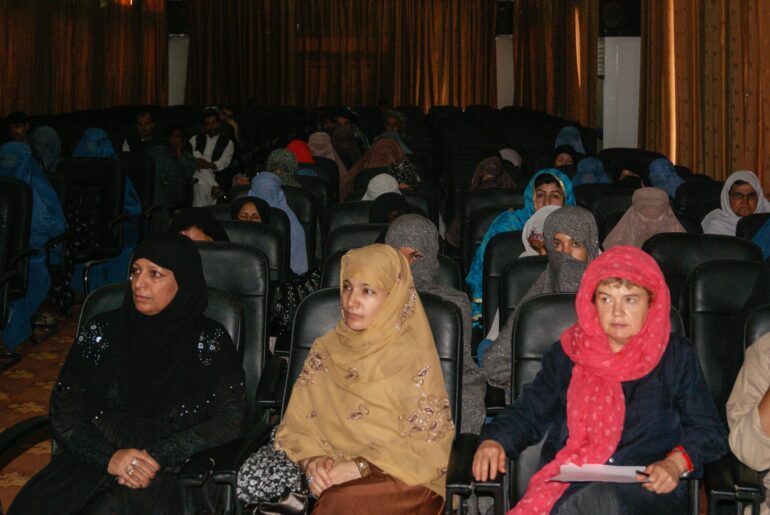 Women attend a public gathering at the Voter Registration Conference for the Municipal Advisory Board on June 3, 2013, in Helmand, Afghanistan.PHOTO CREDIT/HELMAND PRT LASHKAR GAH VIA FLICKR

Organizations in Canada, such as the Afghan Association of Ontario and the Afghan Women’s Organization, offers refugees and immigrants education, employment, mental health, and youth programs.

Although these organizations work toward the personal and societal growth of Afghan Canadians and immigrant women, they also offer the opportunity to learn more about their countries’ political situation in order to support women fighting for human rights in their countries.

Afghan Association of Ontario has a TV broadcasting program that focuses on issues like education, employment, and health in Canada, and provides the freedom for women to express their views and to grow.

Canadian women send support to women in Afghanistan, including providing emotional support and funding to the Omid-E-Mirmun Orphanage in Kabul.

“I think the programs in Canada offer a lot of support for the women, for immigrants, and for the issues that are happening back home,” said Elmira Khan, an aesthetician from Iraq who now lives in Richmond Hill, Ont.

Khan said that people do feel fortunate to live in a country — like Canada — that allows them to voice their concerns, have support groups and allow protests.

“In Iraq, things have gotten better, but there is still much more work that needs to be done, it’s still a Middle Eastern country and an Islamic state so religion plays a huge factor that limits a lot of rights and freedoms,” Khan said.