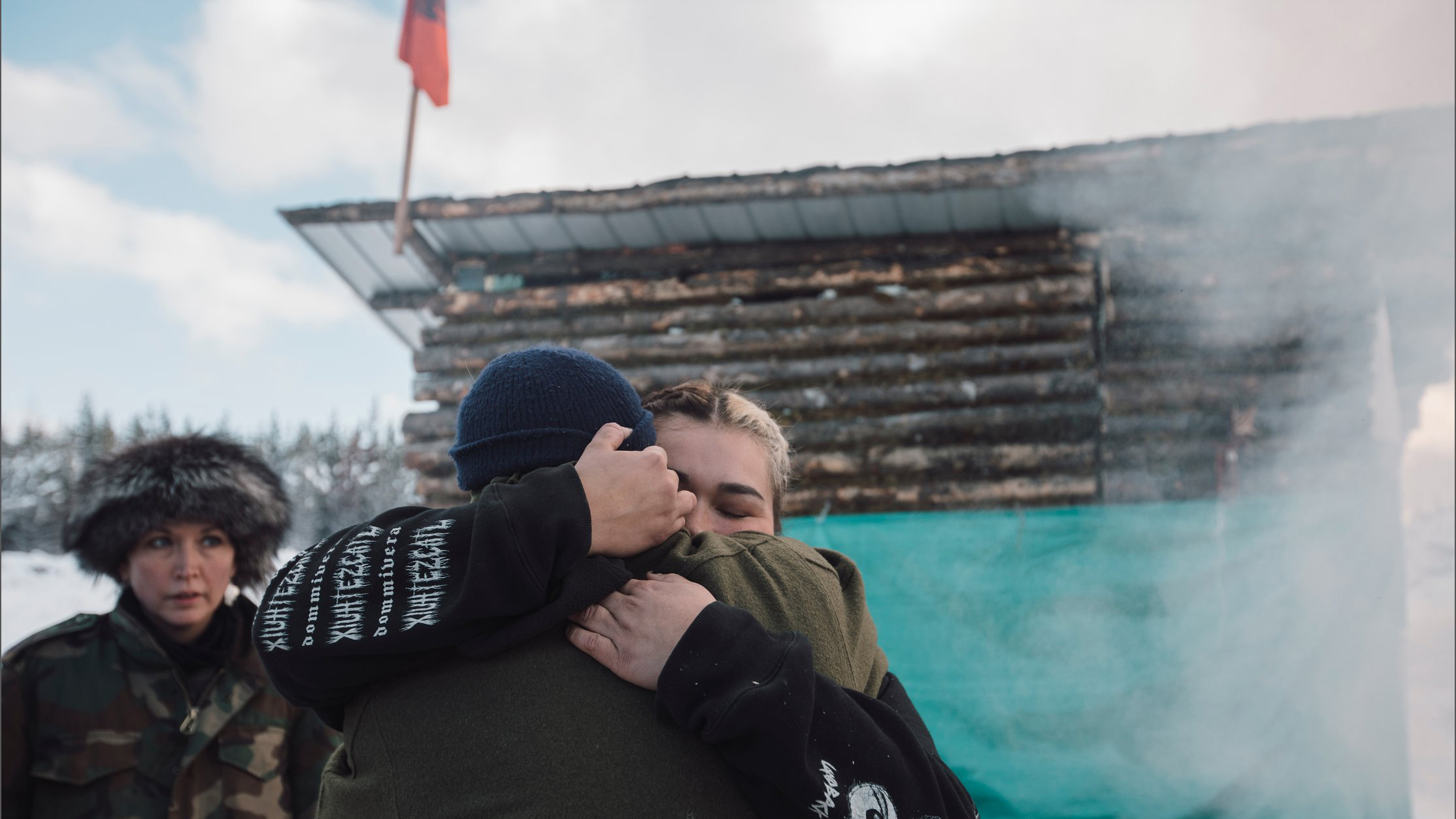 Amber Bracken and Michael Toledano were arrested by RCMP on Nov. 19 while covering a protest by Indigenous Canadians and supporters against construction of a natural gas pipeline on Wet’suwet’en territory in northern British Columbia.

The pair were held for three days before being released, but media outrage at what some claimed was heavy-handed action by the Mounties has continued.

“My arrest and incarceration were punitive and a blatant attempt to repress images of police violence against Indigenous people in Canada,” Toledano said in a tweet.

Toledano is a writer, photographer and documentary filmmaker who focuses on Canadian communities impacted by resource extraction. His work been carried by VICE Canada, CBC News and APTN.

“I have no doubt in my mind that my arrest was targeted,” he said in his messaging. “One officer who I have encountered many times on Wet’suwet’en territory gloated about the arrest.”

Bracken is an award-winning photojournalist based in Edmonton.

Her work is published in The Globe and Mail, The New York Times, National Geographic and more. She describes her interests as the intersection of photography, journalism and public service.

“A civil injunction was just enforced at the end of a gun, literally,” she said. “It’s no coincidence media access is especially belaboured here.”

RCMP officers took the two journalists into custody along with other protestors. They were accused of violating a court-ordered injunction granted to the pipeline company. RCMP said the two were arrested for embedding themselves with protesters, which isn’t illegal in Canada.

“The RCMP understands the important constitutional role the media play in Canada,” the RCMP said in a statement. “It is our obligation to ensure they have fair and safe access to observe and report.”

TC Energy Corp’s Coastal GasLink Pipeline said the protestors were blocking crews from working on the construction site near Morice River. The protestors erected blockades and destroyed access roads to the worksite.

“There are people willing to put their freedom and their lives on the line to make sure the voices of the Wet’suwet’en are heard.”

Logan Staats, one of the protestors, shared his experience on Twitter, alleging RCMP officers punched him in the ear, held his head by his braids and slammed it into a frozen pavement and kneed him in the spine.

He remembers being handcuffed and bleeding while the officers held him down.

“I was only peacefully singing our water song, hugging and protecting a 70-year-old Matriarch,” he said in the tweet.

Both journalists were released on bail on Monday after widespread outrage.

“The two journalists were released after signing conditions to abide by the injunction, to keep the peace and to attend court at a future date,” Eric Stubbs, assistant RCMP commissioner, said in a statement.

Stubbs said the journalists were not arrested for performing their jobs but for violating the injunction.

“The RCMP’s relationship with the media is based on mutual respect and professionalism,” he said.

“Journalists have a unique and express duty to bear witness to and comprehensively cover news events of consequence,” said CAJ in the letter.

“Federal agencies should see it in everyone’s collective democratic interest to not unlawfully impede residents’ access to information of great public concern,” it said.

“The RCMP must be held accountable for their repeated violations of the rights of media in Canada,” the CAJ said.

Bracken and many others expressed their disappointment when CBC referred to Toledano as an “independent filmmaker” while he was actively reporting to them from the scene and identifying himself to the RCMP as a journalist working for them.

“This is really telling us about the precarity of freelance. It is totally unfair and bad for journalism, for these kinds of risks to be on the backs of freelancers,” she said.

Bracken and Toledano are scheduled to appear in court on Feb. 14 for a hearing related to allegations of civil contempt of court. RCMP said 20 people appeared before the court in Prince George.

The hearing is still ongoing for the other 18.