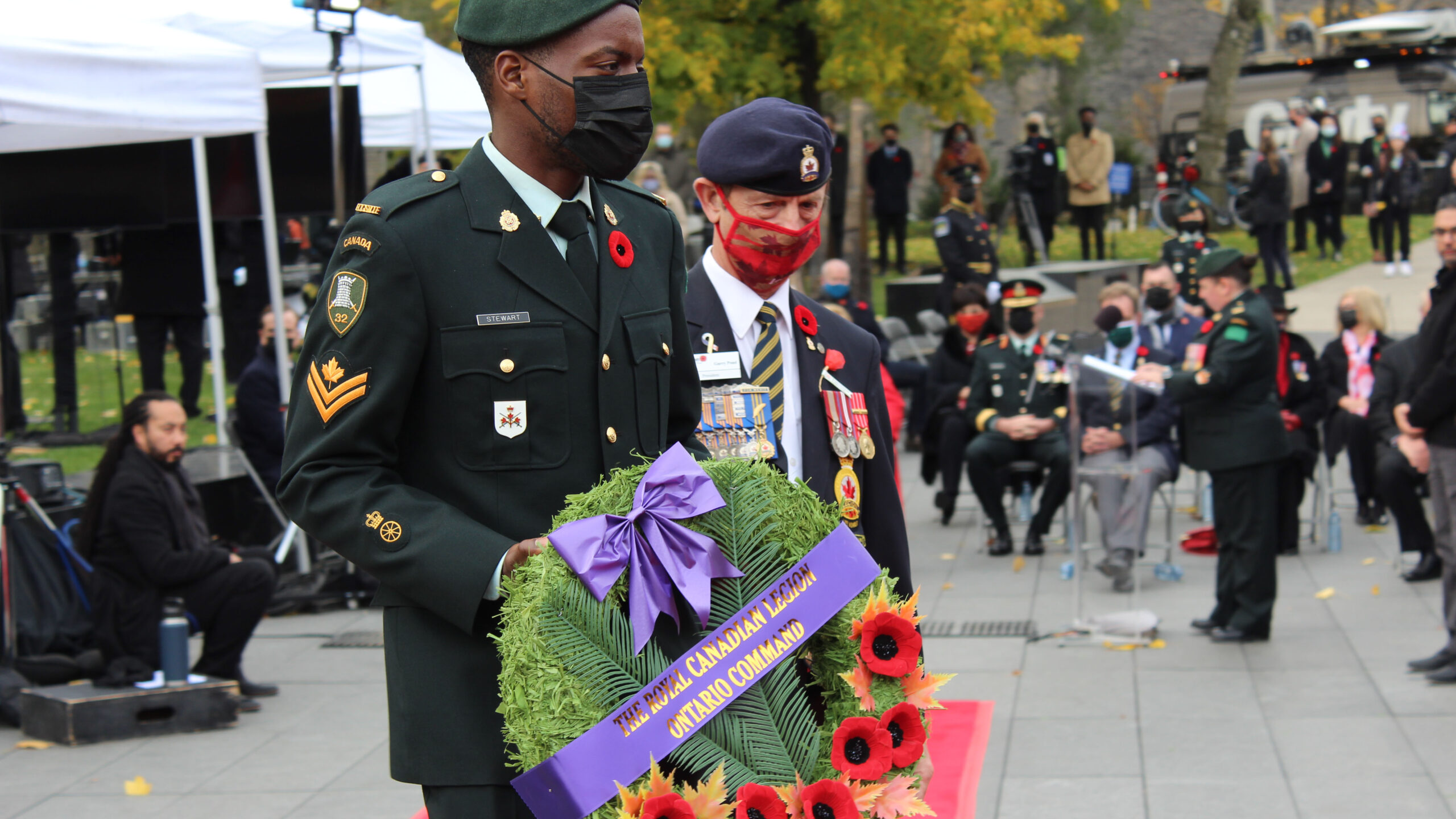 Like many Canadians, Humber College student Nicole Blinoff had a special person in mind on Remembrance Day. Her late grandfather, Herman Evertman.

“I like to personally reflect on my Grandpa, who has told me numerous stories of his experiences during World War II,” said Blinoff, a first-year student in the Funeral Director program.

“I vividly remember him telling me when he was a boy in Holland, the war was going on and he and his family and friends had to hide out in a bomb shelter and how a bullet came through the shelter and killed his friend,” she said.

Herman Evertman was born in the Netherlands and, as a child, immigrated to Canada with his family after the war. He had spent his earliest years in a country that never forgot, and to this day honours, the role of Canadians in its liberation.

At Queen’s Park, at 11 a.m. on the eleventh hour of the eleventh day of the eleventh month, silence fell over the crowd as Torontonians took a moment of silence to honour and remember the men and women who sacrificed their lives in the 20th Century’s two world wars and other conflicts. 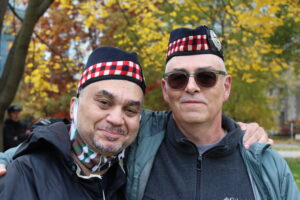 Ian Blackwood and Sterling Hiscock are infantry veterans of the 48th Highlanders. They trained in the U.S., Canada and Germany during the Cold War. PHOTO CREDIT/JESS KERR

Ian Blackwood and Sterling Hiscock are infantry veterans of the 48th Highlanders who trained across the U.S., Canada and Germany during the Cold War.

Blackwood said he was disappointed at what he saw, fewer people wearing poppies and feared Remembrance Day becoming “just another regular day.”

“I remember all the sacrifices that Canada has made to be the country that it is,” he said. “More personally, it’s a time that I gather with my friends and we remember our service together.”

Hiscock said that as he ages, his view of Remembrance Day has changed.

“All my military career and service to Canada, it’s means recognizing everybody who lost their lives and sacrificed in World War I and II,” Hiscock said. “But lately, it’s transitioned, in the sense that because I’m a veteran from the ’80s, a lot of our guys are dying.

“So more and more as I’m getting older, what remembrance means to me is remembering their honour and their sacrifice,” Hiscock said.

Last year, in the heart of COVID-19 lockdowns, Remembrance Day ceremonies were held virtually and gatherings were small. This year, lifted rules allowed for in-person ceremonies.

Chrystia Freeland, Deputy Prime Minister, together with Susan Crystal, U.S. Consul General and Premier Doug Ford attended ceremonies that included the Act of Remembrance, Commitment to Remember and the reading of John McCrae’s In Flanders Fields at Queen’s Park.

Ford paid tribute to those who served in the First and Second World Wars as well as Korea and the Gulf War.

“Remembrance Day is a time all Ontarians pay tribute and honour the memory of those who have sacrificed for us and show our gratitude to those heroes who still walk among us,” Ford said.

At a ceremony in Prospect Cemetery, Mayor John Tory spoke of the gratitude owed to those who served.

“We gather here because they, men and women from this city and across Canada, did their duty,” Tory said. “It is our duty to remember them, to never forget.”

This year marks the 100th anniversary of the Remembrance Poppy in Canada. In 1921, the Great War Veteran Association claimed the poppy as the Flower of Remembrance.