The new world of QR codes in restaurants 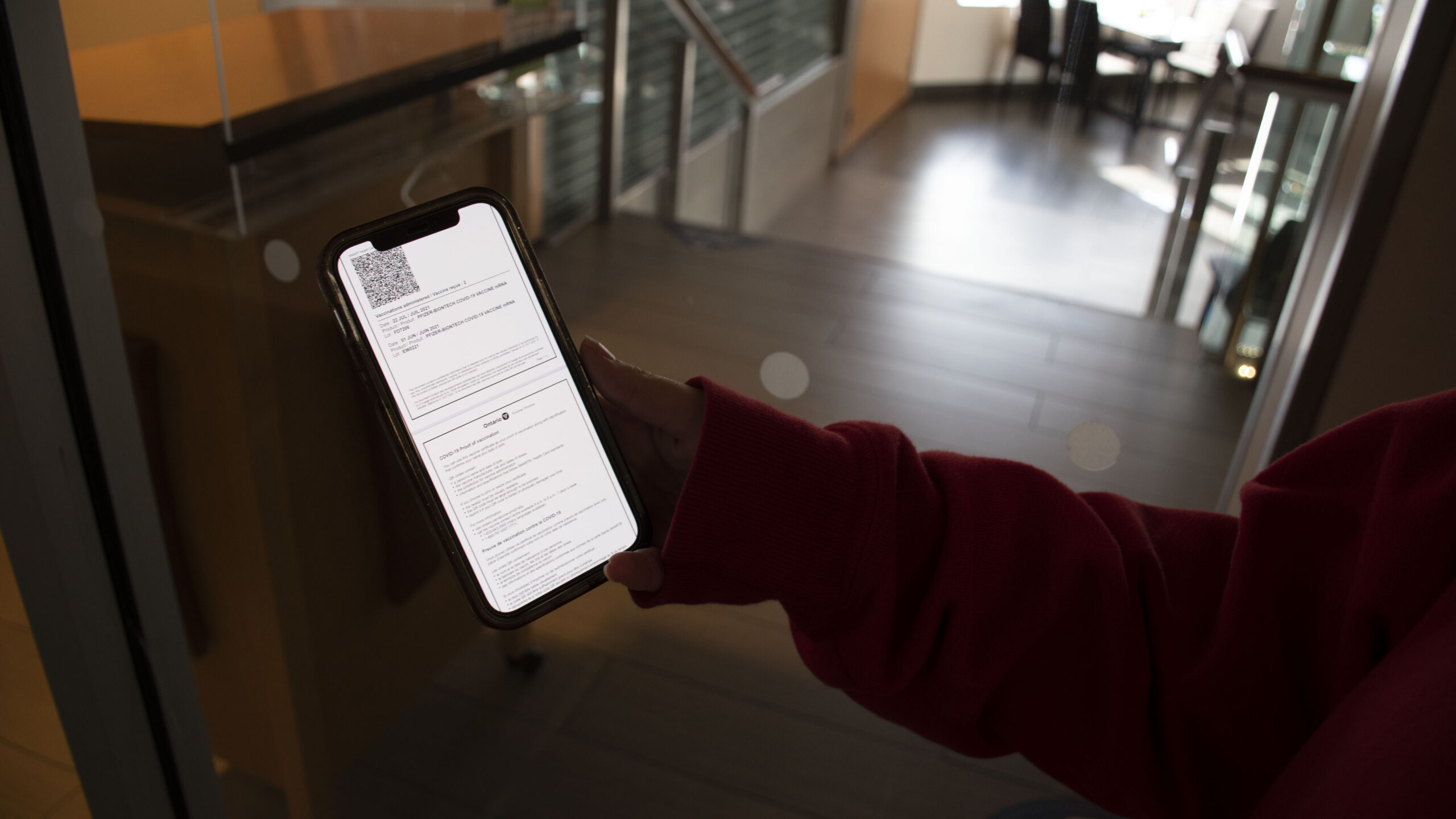 Restaurant staff have found the province’s QR code scanning tool to be helpful in business.

The Ontario government introduced QR codes as a form of vaccine passport three weeks ago and it has been receiving good reviews from workers.

“It’s more legitimate to see the QR code, rather than the papers because people can always fake the papers, there were always loopholes in that system,” said Anshul Jain, manager of the Cactus Club Cafe in downtown Toronto.

The province has provided the restaurant with an app that scans guests’ QR codes with the help of an iPad scanner and Jain said the codes have been a great asset for the restaurant’s workflow, especially as maximum capacity has also been introduced this month.

As the restaurant maximized its capacity, it has been slammed with reservations and walk-in customers. Cactus Club Cafe has opened all three floors to make room for more reservations, especially during Thursdays to Sundays when bookings reach 300 reservations.

During the pandemic, there have been about 70 new front-of-house and back-of-house staff introduced to the company.

Patrick Allen, a security guard for Cactus Club Cafe, ensures that all guests have their QR code present alongside a physical copy of their government-issued ID before entering the restaurant.

“I kind of wish it was done in a way that displayed ID, so I didn’t have to check their physical copy,” Allen said.

At night, when the restaurant starts to get busy and the line starts to spread down the street, customers sometimes become impatient. But Allen still manages to check all QR codes and enforces mandatory contact tracing.

Thomas Deconi, a security guard for King Taps, said the people he deals with are more aggressive when checking into the restaurant.

“I had one guy from Manitoba and they started their scanners before us, so they already had barcodes,” Deconi said. “I asked him if he had any other form of vaccination status, and he cussed me out for that.”

He said he also encountered a customer who did not want to keep a mask on because of health conditions but had no documents to prove it.

“It was a fight, back and forth,” Deconi said.

It is a mandatory procedure at Cactus Club Cafe for guests to scan the QR code that will ask them questions regarding their current health status. It is a screening process for guests to ensure their safety.

“I’ve had multiple issues with people who either forgotten their ID or get frustrated, you know, berate me for doing my job,” Allen said. “I’ve had people yell at me for enforcing to fill out the QR code, it’s just about following rules.

“It’s frustrating but it is for everyone’s safety,” he said.

The Ontario government plans to lift proof-of-vaccination requirements in restaurants, gyms and casinos on Jan. 17, 2022, if there are no risks.