The evolving culture of motorcycles 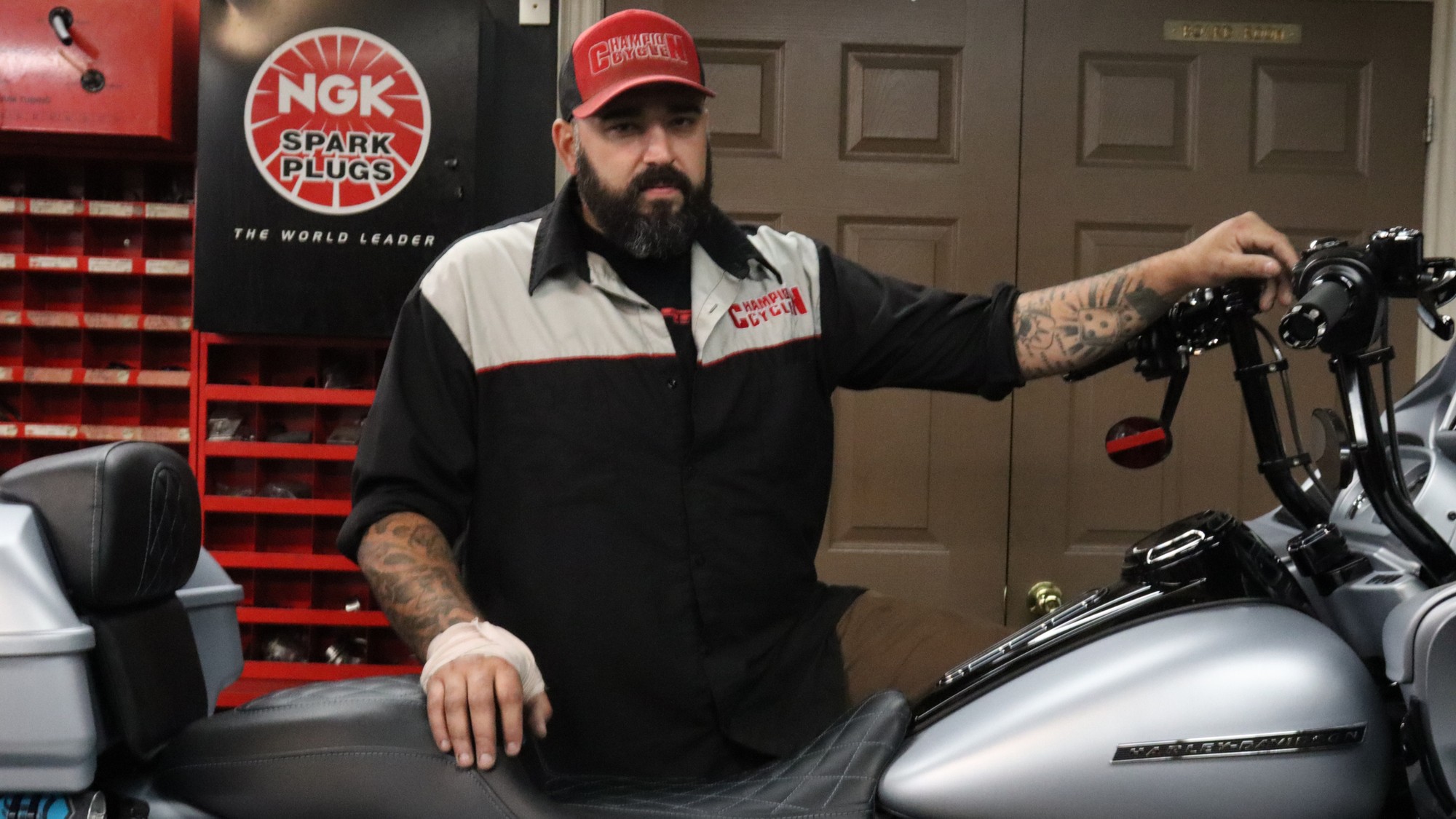 Motorcycle culture has lost some of its glory, according to Wayne “Tattoo Tony” Doucette, owner of Heavy Duty Cycles, a motorcycle repair shop on Kingston Road in Toronto, Ont.

“Back in the day, we were all hardcore,” he said.

“We rode, we fixed our bikes and we looked out for each other.” Doucette said, “Today that mentality is pretty much gone, all the older guys, they’re either dead or they can’t hold their bikes up anymore.”

Doucette, 62, began his journey in Nova Scotia. His first ride was 47 years ago as a young man looking for adventure. Something he no longer sees today.

“The new generation coming up they’re more into the tech stuff, just push the button and go, you know,” he said. “They’re not really into it as a lifestyle.”

A black bandana over long grey hair, a tattoo latched on the left side of his face, and a scruffy goatee to complete the look, Doucette is a snapshot of the past, the biker that used to be.

“You know, I’m getting there, I got arthritis on my hands and wrists,” he said. “ A lot of guys like me are just a dying breed.”

Doucette never forgot his first bike, a Honda Hellcat 350. His first ride, a trip around Cape Breton, wasn’t for the faint-hearted.

“I rode 1,200 miles, never rode a bike before. I dropped it twice. I smashed it a couple of times. I went down on the pavement,” he said. “I really learned by the time I finished that I was a pretty good rider.”

But sometimes even bikers have to ride into the sunset. 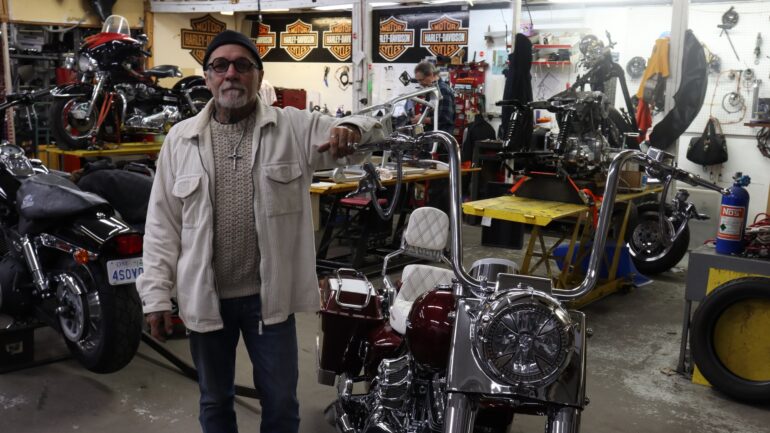 Doucette is tired, as he paced around his shop talking to his crew. His passion is clear but the end is near for his time at the shop.

“My plans are to move up north and buy a piece of property, a little place for my grandkids,” he said.

Danny Haig, founder of Champion Cycle, located on Weston Road in Toronto, brought his first big motorcycle home at 16. His mom told him he had a choice to make, home or the bike. Haig chose his ride.

“If somebody hasn’t ridden a motorcycle, they couldn’t understand the feeling of freedom, liberty, and exhilarating joy that being on a motorcycle brings,” he said.

Haig won competitions across Canada and the United States, building a reputation as a talented drag racer before opening his shop.

“We’re not like most shops, we don’t target one genre of rider,” Haig said. “We do racing, cruisers, Japanese sports bikes, Japanese metric bikes, we do custom ATV, we do so much custom fabrication. We don’t have one kind of genre.” 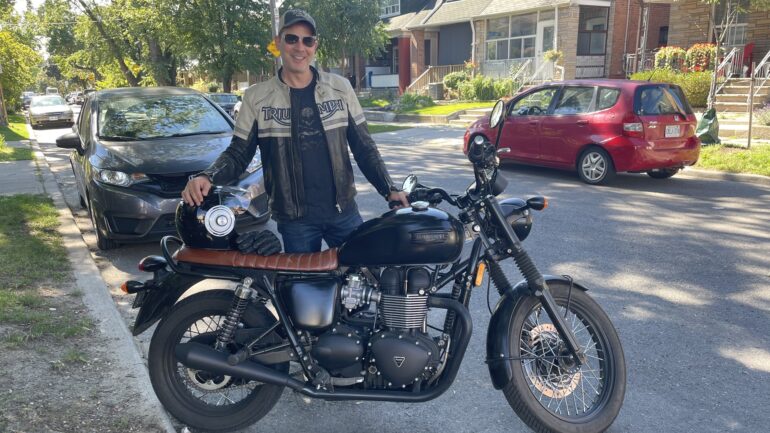 Sean Mayars doesn’t fit the outlaw image, he’s an advertiser and realtor at Century21. Mayars found himself becoming a biker in an unusual way. A client worked at Honda Canada. One thing led to another and a passion was born, a godsend during the pandemic.

“Just getting on a bike and going for a ride, my mind was completely clear,” he said. “I was riding with a smile on my face. It’s actually a very therapeutic thing to do.”

“Not only are motorcycles therapeutic,” Mayars said. “They make friends.

“Any time you’re riding around with a motorcycle, or your bike is parked, or you’re standing by it, people always stop to talk about the bike,” he said. “Some are riders, others wish they were riders, or just love the whole idea of a motorcycle.”

Then there’s the branding.

“It’s a unique thing for my clients to have this real-estate agent show up with a motorcycle, leather jacket, and helmet and start showing houses,” Mayars said.