The 6ix finally play in the 6ix 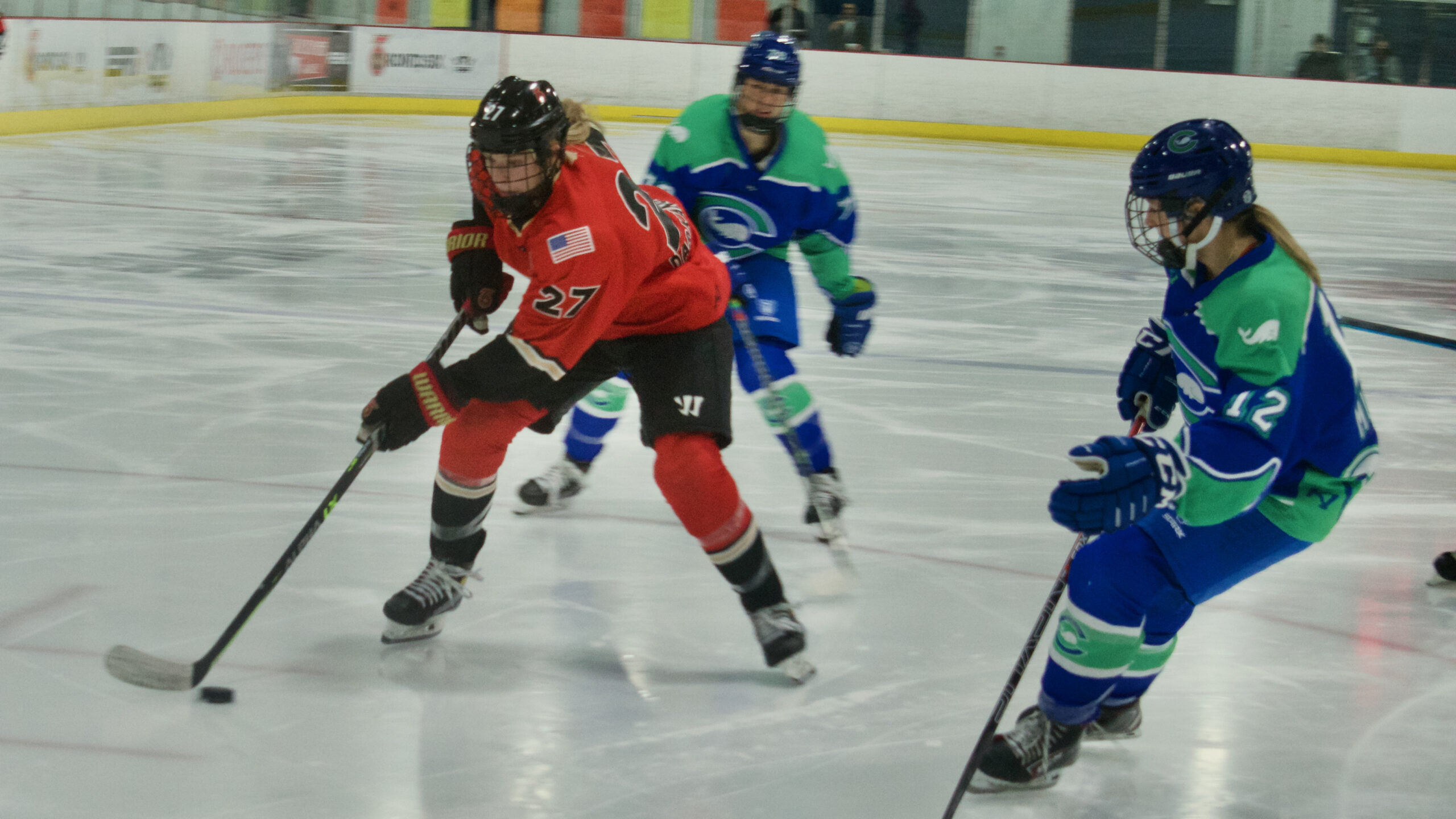 The Toronto 6ix played its first home game in franchise history at its home arena at York University, beating the Connecticut Whale in front of a sold-out crowd.

Even Toronto Mayor John Tory was in attendance for the ceremonial puck drop.

Despite falling behind by a goal in the first period the 6ix responded by tying the game up and adding four unanswered goals on the way to a 5-1 victory on Saturday.

“It was awesome, the first time having a home game for the team, and having home fans in the building again makes it awesome,” said Toronto 6ix captain Shiann Darkangelo, who was named the first captain of the team at the start of the 2020-21 season. 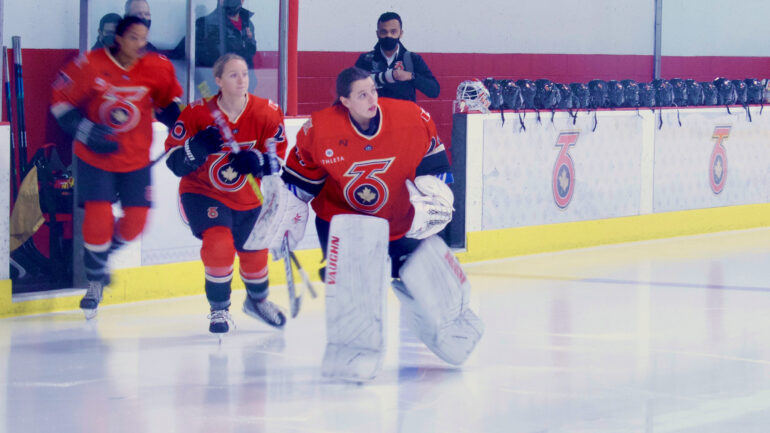 The Toronto 6ix — led by goalie Elaine Chuli — skate out to play their first game in their home arena at York University. PHOTO CREDIT/GARRETT THOMSON

In Saturday’s tilt, forward Michaela Cava potted two goals and, at the end of the back-to-back weekend games, had put together six points so far in the young Professional Hockey Federation (PHF) season.

“Just keep using my speed, our line plays with a lot of speed and we use each other very well,” Cava said, discussing what she wanted to bring into the second game of the back to back against Connecticut on Sunday. She picked up an assist in the second game.

Toronto completed the weekend series by beating the Whale 3-2 on Sunday. The 6ix also defeated the Buffalo Beauts 4-3 on Nov. 6.

The players on the ice were lifted by the atmosphere in the arena, with the huge support and the electricity of having fans in attendance during the home opener. They now look to have the same success throughout the season at home.

Head Coach Mark Joslin said before the opening game, the players were elated to be at home.

“They were super excited, everybody was on the same page, and every girl had representation here.” Joslin said, describing the feeling on the bench and in the dressing room. As well, several 6ix players were finally able to have family come out to the games. 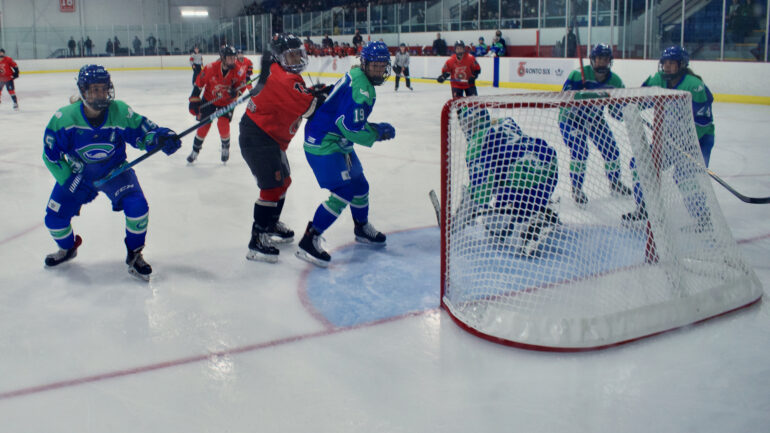 Connecticut Whale collapse around their goalie Abbie Ives as the puck clears the area during last Saturday’s game against the Toronto 6ix at York University. PHOTO CREDIT/GARRETT THOMSON

Toronto currently has a perfect 3-0 record as the team heads out on the road to continue a similar back-to-back against the Boston Pride on Dec. 4 and 5.

The Pride defeated Toronto in the spring of 2021 when the then NWHL was able to run a brief semi-final and final games after the bubble tournament was cancelled in January.