Santa is the star attraction at Christmas Parade in Georgetown 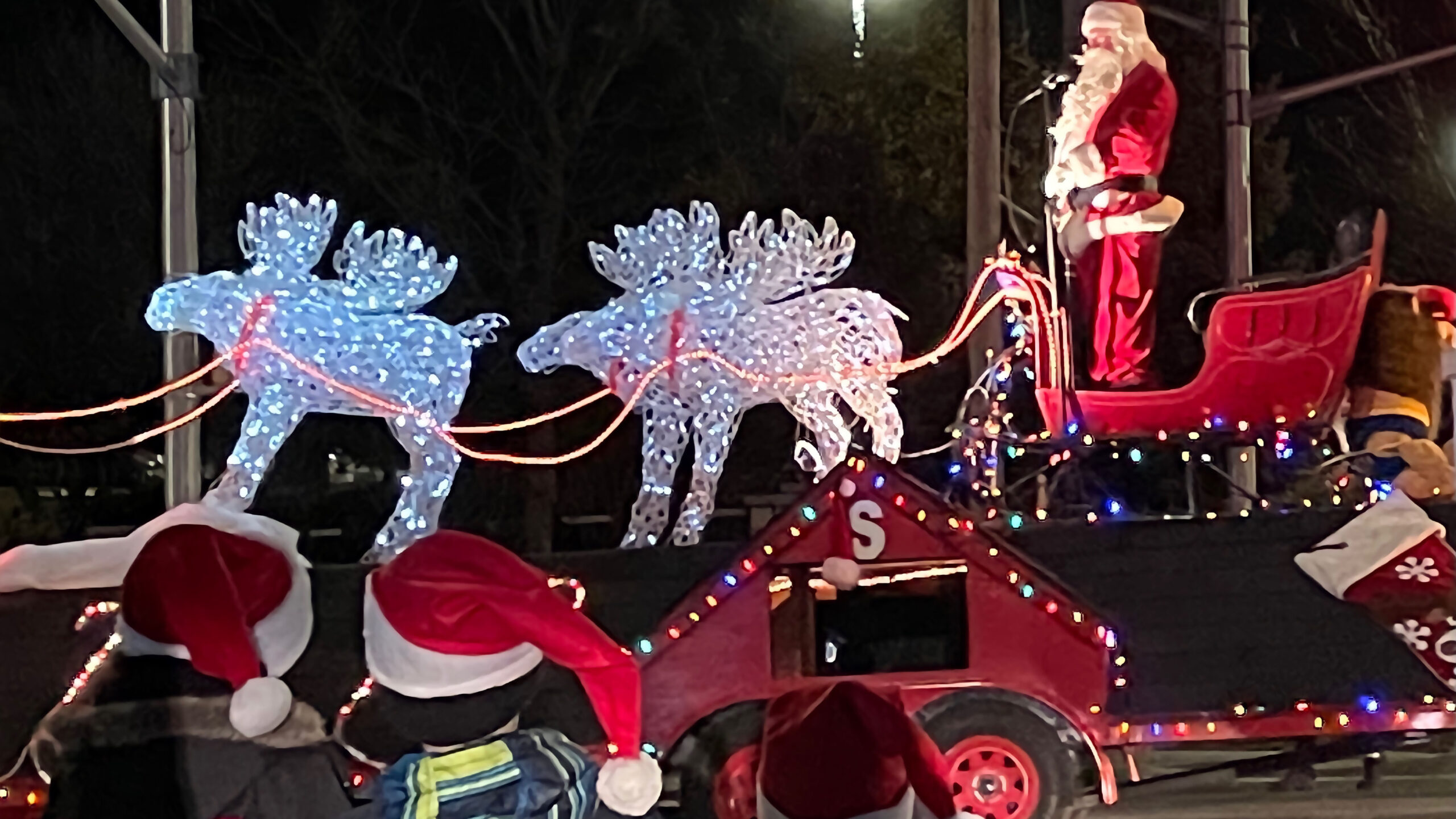 Floats, marchers, and bands flooded the streets, dancers moved to the beat of classic holiday songs creating an atmosphere of Christmas cheer during the 90th annual Georgetown Santa Claus parade on Nov. 20.

Five-year-old Ethan Kay had no doubt of who was rocking the best float this year at the Georgetown Santa Claus Parade.

Spectators were asked to socially distance and wear their masks during the event. But most people were just happy to be returning to community celebrations. It was a welcome event in Georgetown as Toronto’s 117th Santa Claus parade will again be online Dec. 4 at 7 p.m.

“It’s great to hear the parade was able to run this year,” said Nicole Darmanin, a business administration student at the University of Guelph-Humber.

“The Santa Claus parade has always been the highlight of the Christmas season for me when I was younger,” Darmanin said.

Along the parade’s route, volunteers were stationed at traffic control barriers to ensure the safety of spectators and participants.

The impact of restrictions, in the first parade since the pandemic lockdown in 2020 were still felt, with only 40 floats this year compared to the regular 70 to 80.

The theme “Christmas in the Park” had a variety of different floats that included decorations of Christmas lights, trees, inflatable characters, and reindeer.

Small businesses also took the opportunity to engage with the community.

“We offered hot chocolate, candy canes, and candy for those who attended,” Presswood said.

The event was organized by The Georgetown Lions Club. The first parade was launched in 1932 and has hosted the event annually with help from volunteers, and sponsors.

Although there were fewer entries this year, spectators were happy to get the opportunity to attend.

John Fini, a coordinator at Lions Club International Foundation said that people were just happy to be closer to normal.

“This was one of few chances for kids to see Santa with many of the traditional opportunities cancelled such as Santa at the mall,” Fini said.