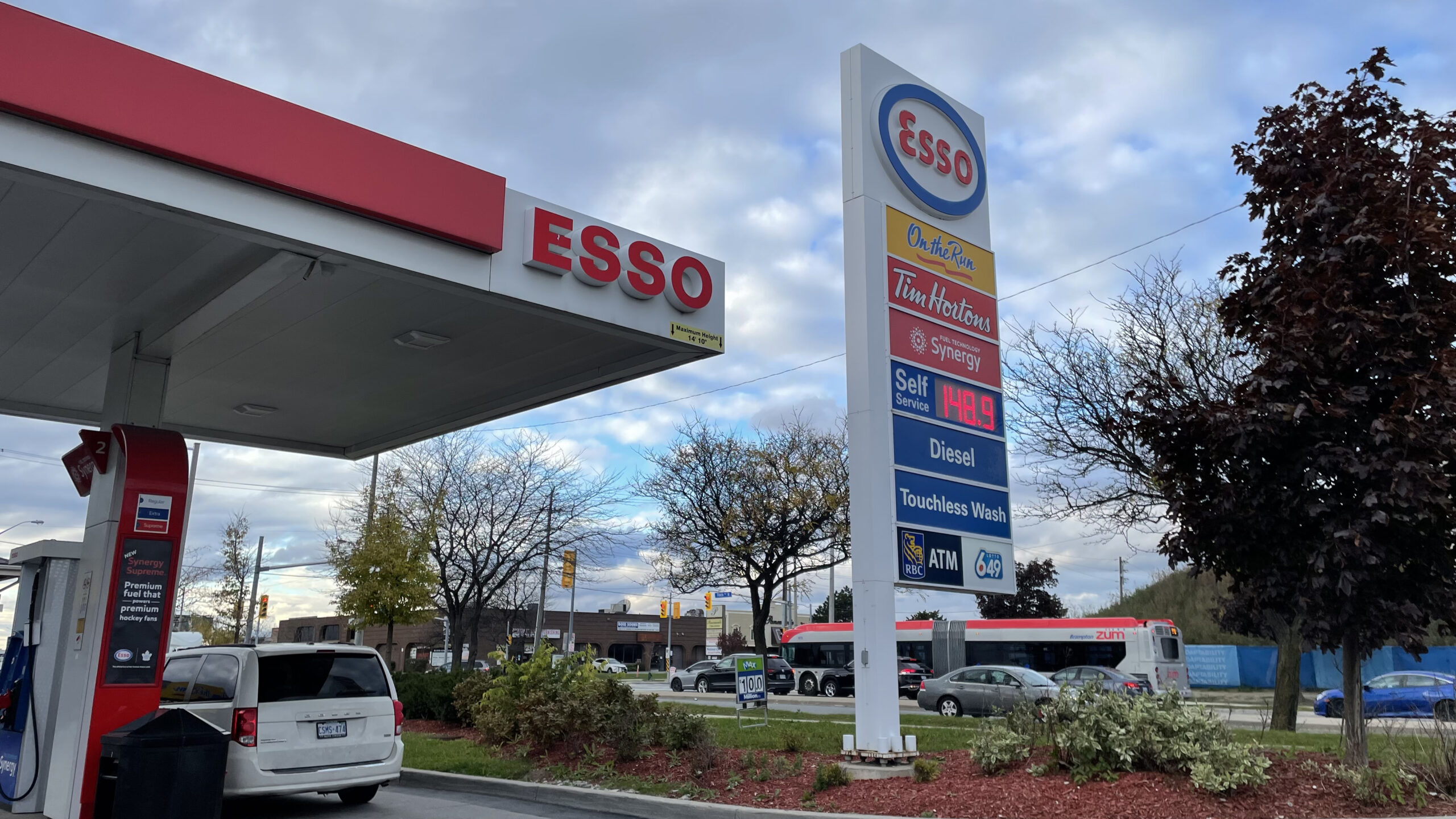 As living expenses rise so do the worries of college students working towards their future.

In October, the Consumer Price Index, showed prices increased in every major basket monitored in the monthly report by Statistics Canada.

Transportation costs jumped 9.1 per cent, shelter rose 4.8 per cent and food prices increased 3.9 per cent, leaving many college students unsure how they are going to afford such basic living expenses as gas and groceries.

“I have a part-time job, but it’s hard to cover the costs of rent, school, food, and gas expenses as a student,” Brooklyn Cook, a Humber College beauty program student, told Humber Et Cetera.

“It’s becoming harder to afford these costs as prices are going up especially as a Type 1 diabetic,” she said. “Sometimes I find myself choosing between gas or medical equipment.”

Gas prices were expected to jump to $1.50 a litre on Friday, while prices at grocery stores are similarly spiking with Canadians expected to spend an extra $695 on food this year.

“I tend to spend $200 a month of groceries, but I have noticed things costing more recently,” Logan Fargo, a Humber student in the Energy and Building Technologies program, said.

“Meat products have gone up more than I expected, which has put quite a dent in my usual shopping habits,” he said.

The costs of meat, dairy, and seafood are examples of food prices that have been going up this year. This has resulted in two out of five Canadians having to change what they buy to save money.

“To save money we’ve stopped buying meat such as ground beef and pork chops,” Fargo said. “We have also started to wait for sales before buying expensive products such as meat.”

Meanwhile, Canadians hoping to buy their own homes have been dismayed at soaring real-estate prices over the last year. The median price of a single-family detached home in the Toronto area has jumped 24.2 per cent from last year to about $1.3 million.

“The real estate market prices are so expensive because there is not enough inventory and there are a lot of buyers,” she said.

“Many young people will likely have to buy something smaller, get help from their parents, or move out of the city to afford a place.”

The Ontario Living Wage Network this week revealed higher costs to maintaining a living wage, a measure used to determine the actual price to live in a community.

In Toronto, the living wage was calculated at $22.

The Consumer Price Index and the living wage updates were released the same week as Premier Doug Ford announced Ontario’s minimum wage will rise to $15 as of January 2021.