‘It happened during the quarantine’ takes centre stage 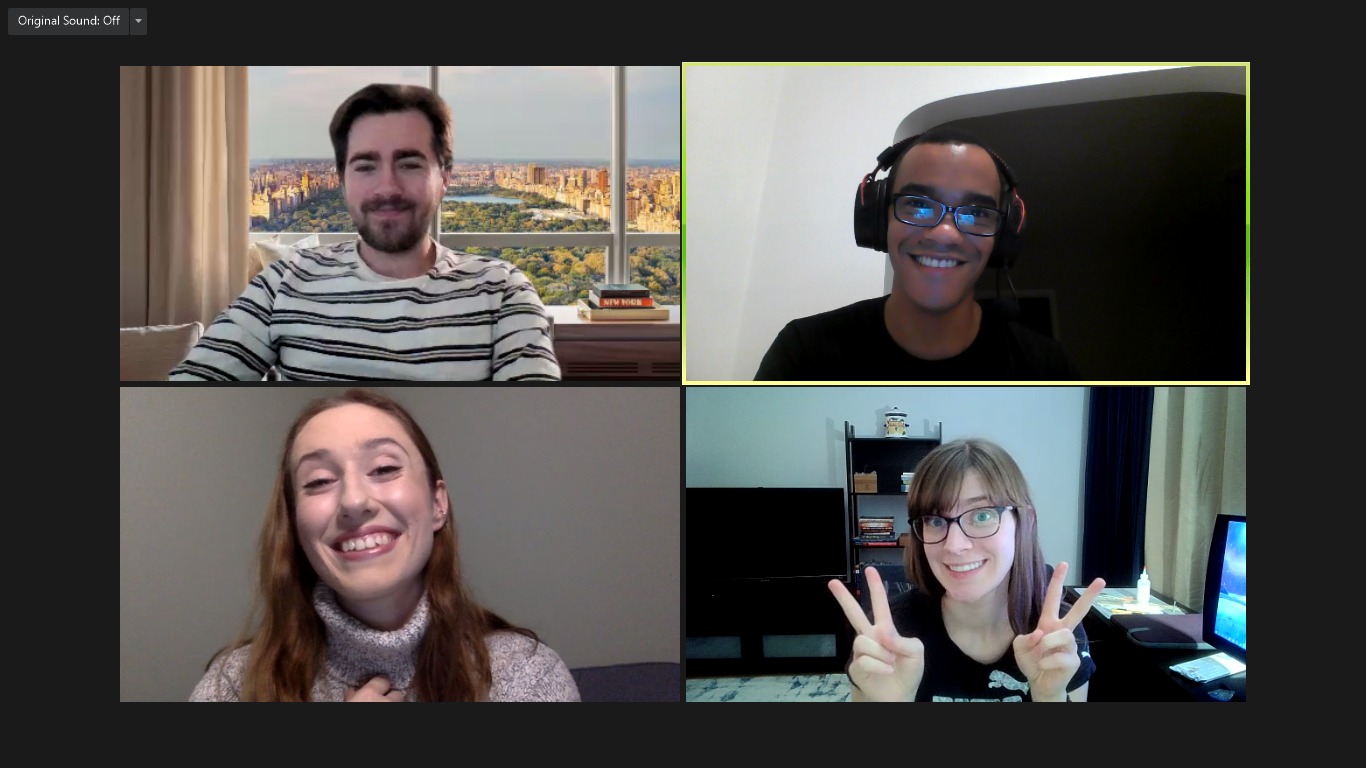 Talent from Humber College’s theatre performance program was on full display at the recent It Happened During The Quarantine’s theatrical run.

The production itself managed to stay close to campus with the majority of the cast members being either active students or graduates, each playing their own respective roles, thus bringing more attention to the acting talent at Humber.

Henrique Santsper, the director of It Happened During The Quarantine and a graduate of Humber College’s Theatre Performance program, saw the creative process of the play come together by talking about the actions of the global health crisis building in 2020.

“Alex Rieflin, one of the actors of the play and executive producer, he texted me that he also liked the idea, and we both just kept writing and creating things,” Santsper said.

With the idea slowly building before coming to life, there was still the additional concern of the play being held in person. With that not being an option, Santsper had to find another way to take the production to the stage with the assistance of Third Wheel Theatre Co, the theatre company under which the play was made.

“I was in my last semester at Humber, and our production was semi-canceled on stage, so we transferred everything to an online performance over zoom,” Santsper said.

It Happened During The Quarantine, which ran from Nov. 5-7 virtually, depicts the lifestyle changes many people went through in the beginning stages of the global health crisis by keying in on the storylines of several different characters, ranging from nurses to teenagers and young adults that have identified themselves as non-binary or part of the LGBTQ+ community.

“I play 16-year-old Blake in the production. The stakes for Blake are very high. They came out to their parents as non-binary during the lockdown and their parents don’t accept them,” Kooner said.

However, limited interaction, and the occasional tech issues, created an additional hurdle when it came to rehearsals for the play. Cassandra Sinnaeve, a Theatre Performance student at Humber College and one of the show’s performers, said the virtual aspect of the show made it accessible to be a part of despite the technical issues.

“Having the show online has made some parts difficult such as being in the moment and connecting with your scene partner because of the barrier of the screens,” Sinnaeve said. “But being online also made it possible for me to be a part of the wonderful play and process because I am currently in school at Humber and would not have much or any time to get to rehearsals and the shows otherwise.”

Cast member Steven James played a role that represents a real person that he modelled his character after.

“I played Jordan Valens. Jordan is a senior co-working training a younger co-worker to replace him when he retires,” James said.

Alex Rieflin, another cast member in the play, also portrayed a character inspired by a real person.

“I play Charlie, a young guy just trying to advance himself in his company but is constantly put in the position of delivering bad news,” Rieflin said.

Despite the play being written for a virtual audience, the company still has plenty more ideas in the works for in-person performances when it’s safe to do so.