EDITORIAL: Injustice, corruption prevails if the media is silenced 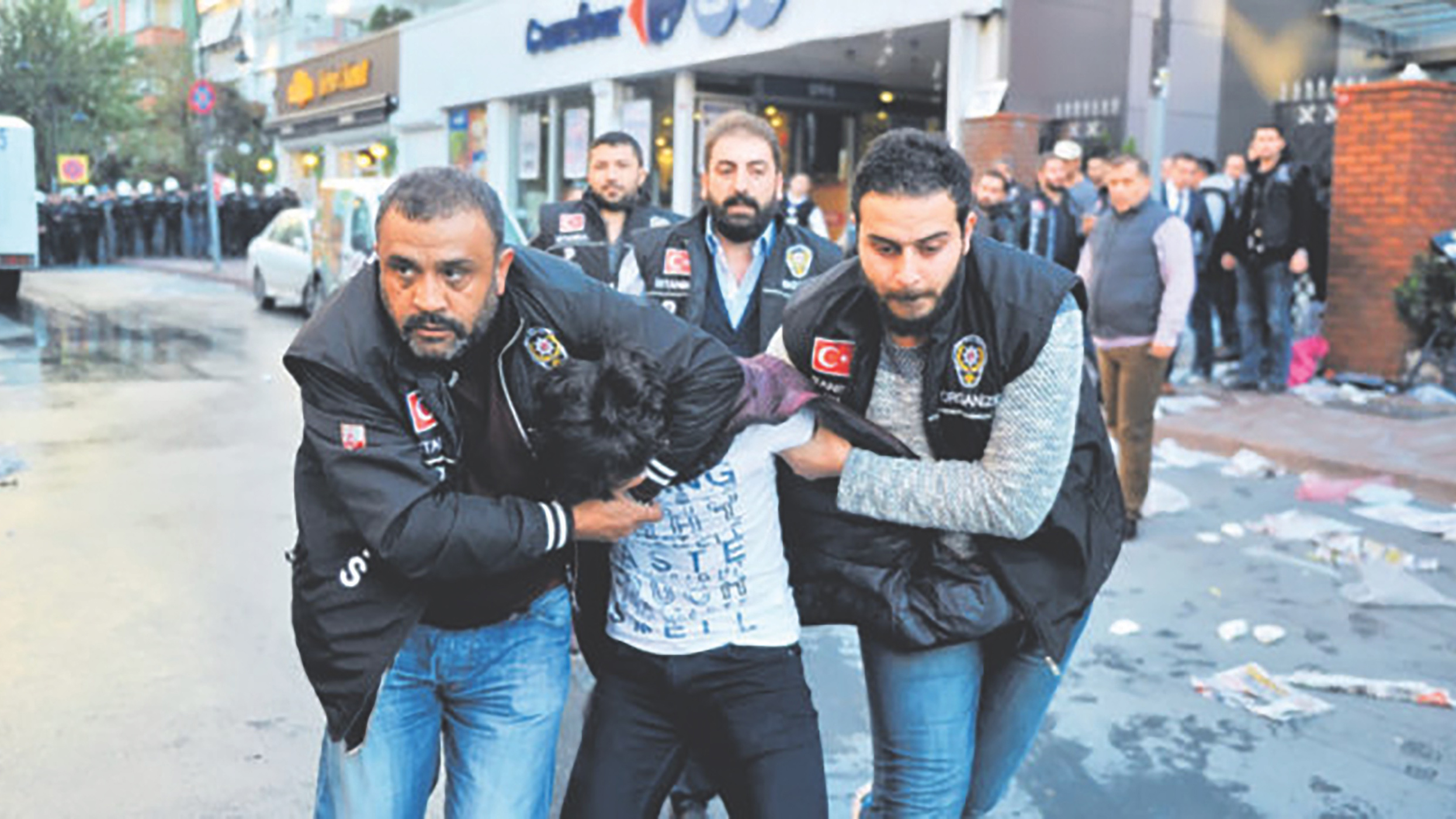 The pressures put on the media by governments and criminal organizations to conform, be silent, and to look the other way are growing. The list of journalists being subjected to censorship, detention, arrest, exile, and death is growing.

According to Reporters Without Borders (RSF), 274 journalists were behind bars around the world as of Dec. 1, 2020, because of their work. Fifty reporters died in 2020, while 53 journalists were killed in 2019.

China has the highest number of imprisoned journalists at 47 reporters, including some who received long sentences and are being held without charge. Among the journalists jailed in China, some have been held in inhumane conditions, being mistreated and tortured, including those accused of espionage.

Zhang Zhan, 38, a Chinese citizen journalist and former lawyer, reported from Wuhan about the chaos at the pandemic’s centre. She criticized the Chinese authorities’ handling of the outbreak by posting smartphone videos in February 2020.

Subsequently, she was sentenced to four years in prison in December, and is now on a hunger strike protest and at risk of dying.

Turkey follows China with 37 imprisoned journalists. After the 2016 alleged coup attempt, 180 media outlets were shut down, and more than 120 journalists were jailed. Some reporters escaped Turkey to continue their reporting.

“After the so-called coup attempt in 2016, since I criticized the government who tortured people held in custody, I was accused of propaganda,” said Arzu Yildiz, an exiled Turkish journalist who has been living in Canada for five years. Yildiz currently works for New Canadian Media in Toronto.

“Where we come from, journalists report with zero legal assurance,” not even assured of knowing where they’ll be in the morning, said Yildiz, who went into hiding in 2016 before fleeing Turkey. Yildiz, a member of PEN Canada’s Writers, won the 2021 PEN Canada Humber College Writers-in-Exile Scholarship. 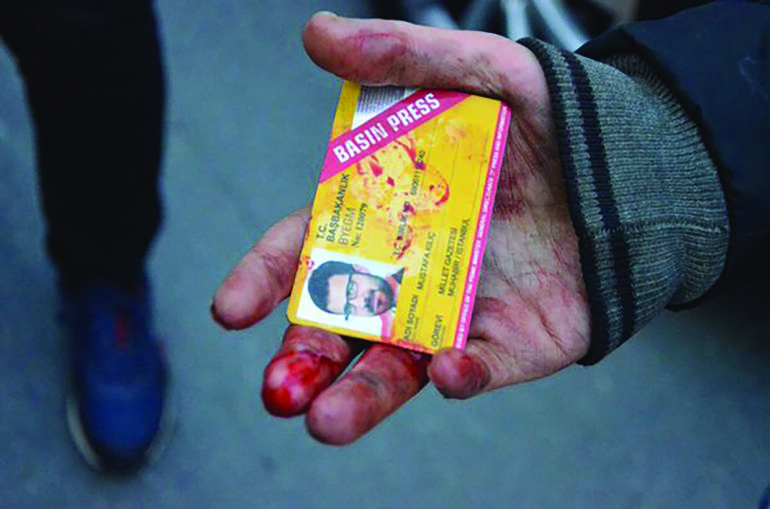 About 180 media outlets were shut down by the Turkish government since President Recep Tayyip Erdoğan came to power. When one media outlet was raided by police in 2015, a journalist was tortured due to the news coverage, leaving his yellow press card bloodied. PHOTO CREDIT/COURTESY

India is one of the most dangerous countries for journalists, according to RSF. Four journalists who criticized the government were murdered in 2020. Reporters who speak out or write about subjects that disturb followers of Hindutva, the ideology behind Hindu extremism, have been harassed by the police and subjected to hate campaigns.

Gauri Lankesh, 55, a journalist and media freedom defender, was killed Sept. 5, 2015, by a gunman who shot her in the chest and head. Lankesh had rejected censorship restrictions and was targeted by Hindu nationalists.

RSF claimed Indian Prime Minister Narendra Damodardas Modi did not condemn the murder. “He has said nothing about the Lankesh’s case, despite the progress being made in the investigation,” it said.

Yildiz said that in many countries of the world, instead of universal values, divisions are created by using race, religion, homeland, and historical heroes. “Democracy, freedom, and heresy disturb the powers that be, hidden behind one or all of these holy ones. Along with the governments, it also disturbs their supporters,” she said.

Journalists who practice their professions in North America are exposed to some restrictions. Canada is ranked 14th out of 180 countries on RSF’s 2021 World Press Freedom Index. Norway scored the freest for the media while the U.S. is 44th, India is 142nd, Mexico is 143rd, Russia is 150th, China is 177th, and Eriteria is at the bottom of that list.

Nevertheless, Canadian reporters might face detention over their coverage.

Indigenous Canadian journalist Karl Dockstader has been charged while covering news about a land dispute on Indigenous territory. The Ontario Provincial Police detained Dockstader over the accusations of criminal mischief and failure to comply with a court-ordered injunction.

“The press is not free in such countries either,” Yildiz said. “For instance, if you want to write something critical, you are urged by people saying that those coverages would disturb the government, so do not write it.”

A free media is essential for all nations. If the press is silenced, democracy, human rights, liberty, freedom of expression and facts would be silenced. If independent reporters are restricted, corruption, human rights violations, injustice, and dictatorships will prevail.