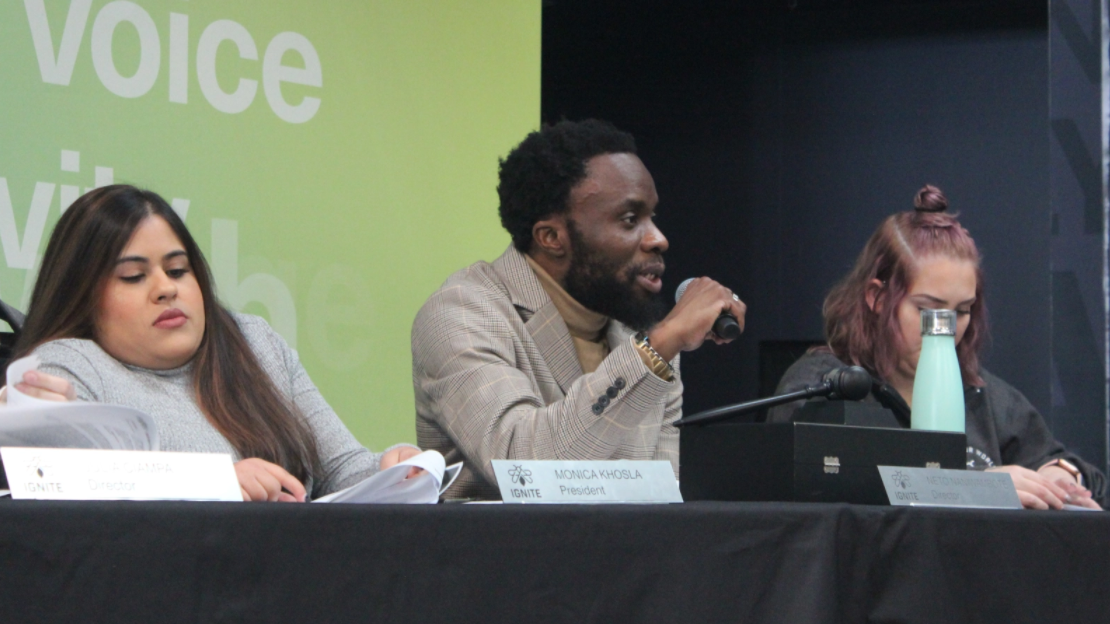 Some students may have wondered why IGNITE has not been represented by a student-elected president in the last couple of years.

Gabi Hentschke, a member of the IGNITE board of directors since 2020, said too much was expected of people occupying the position.

“It is a full-time job and it’s something that it’s really hard for someone who is also studying,” she said.

“The decision actually came from the executives themselves, the president and vice-president at the time, who were questioning, ‘Are we actually doing enough for IGNITE? Does it make sense for us to have these positions’?” she said.

Monica Khosla, the last president of IGNITE who was a member of a decision-making team, declined to comment.

Hentschke confirmed the IGNITE board is looking into bringing back the position, although the idea is in its early stages.

“We’re certainly going to look back as much as possible, in documents that we have access to, in why the position no longer exists,” Hentschke said.

“So that, hopefully, if we propose something new, it’s not going to have those weaknesses, that we’re not going to create the same problems again, and luckily we’re going to come up with something new that truly works for everyone who’s involved,” she said.

Shay Hamilton, board chair, said IGNITE decided to eliminate the president position after consultation with past presidents.

“A member of the board felt it was necessary to review the possibility of reinstating the president position,” she said.

Such a move would likely not occur until 2023.