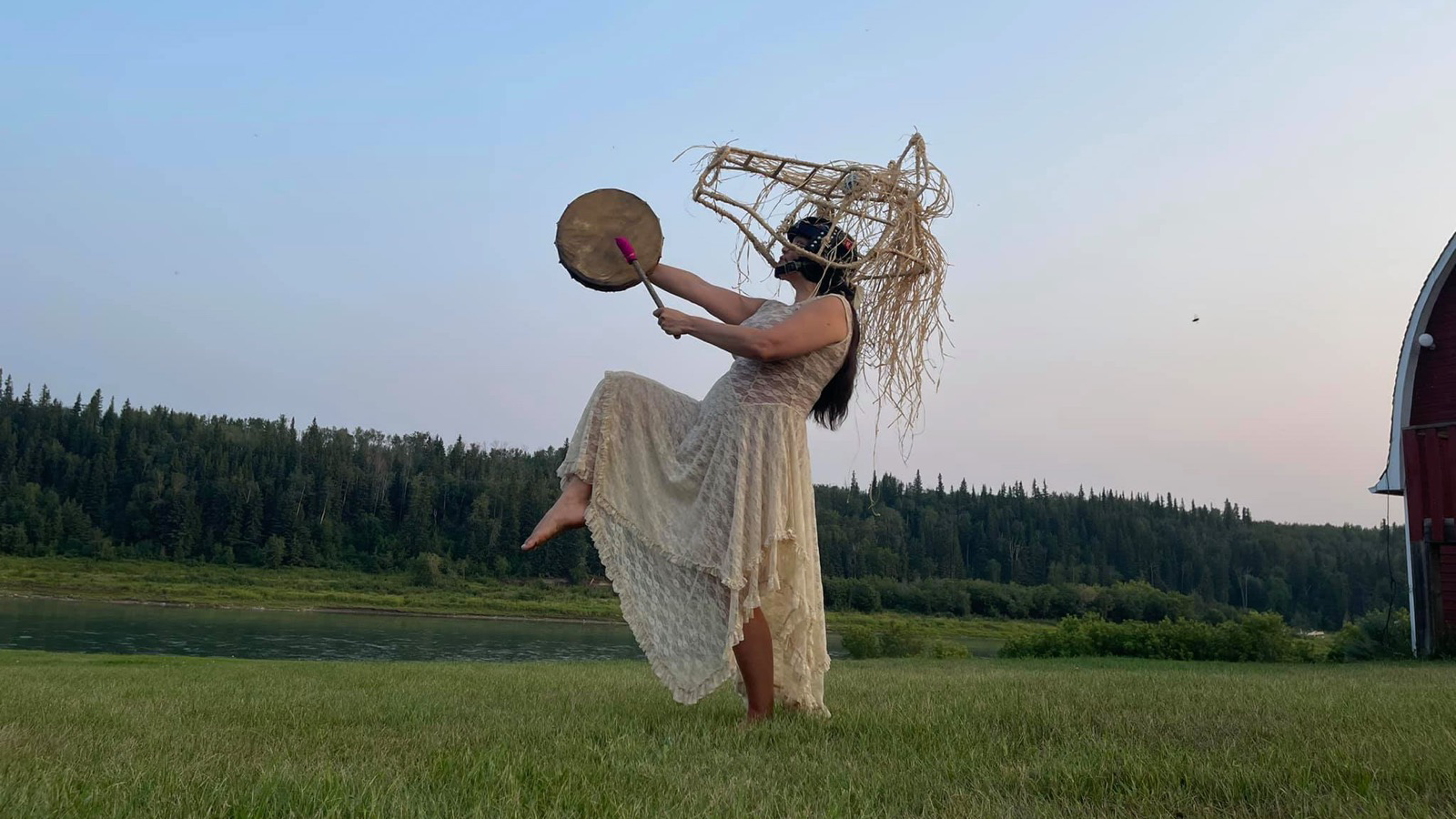 Madelaine McCallum, a survivor of both a broken home and breast cancer, shared her story of finding enlightenment through dance at the Indigenous Knowledges Gathering organized by Humber College.

“It felt like I could fly. My feet never stopped and it felt like the beat of the music was calling me,” McCallum said. “I had always known how to dance and was very good at it.

“I just needed to believe that,” she said.

McCallum, a sister to 17 siblings, is a multi-disciplinary Metis artist who has shared the resiliency trail of Indigenous people through her story of abuse and abandonment. She started her career as a dancer and then shifted into film production to empower fellow Indigenous peoples to share their stories as a healing path.

“She knows there are many stories to be told and viewers that need to hear them,” said Kathyln Philips, host of the “As I Am” meeting. “Supporting others in their journey of vulnerability, exploitation and neglect.”

McCallum, as a six-year-old, went to hospitals to get herself treated, and at 12 years, she hitchhiked from Northern Saskatchewan to Edmonton. She is named after her grandmother and described her spirit name as “Strong Earth Woman.”

During her keynote message, McCallum shared the role dancing had in her work with the “Butterflies in Spirit” group, a dance group built up of family members of missing and murdered Indigenous women.

Her short film “Dancing Through” re-told her life story shaped by the intergenerational trauma of residential schools and her battle against breast cancer. Awarded with Best Canadian Female Filmmaker at the Toronto International Women Film Festival, the film is premiering at the Portland Film Festival 2021.

“Despite the pain, dancing makes me feel alive. And that’s what will make you go through hard moments,” said McCallum. “It gives you the moment to be free and healing.”

November is celebrated as Indigenous Education Month and every year, Humber organizes various on-campus and online events. Keynote speakers share their histories and experiences and teach about their journey of finding themselves. Multiple skill workshops are also organized.

“You will always cherish your creation, even if it is a lifeless doll because you’re giving it the love and care you always wanted,” she said.

This year’s theme centred around building relationships between mind, body, and spirit.

The Indigenous Knowledge Gathering 2021 ran from Nov. 15 to Nov. 19. It provided opportunities of learning about Indigenous ways of being, examine emerging challenges impacting Indigenous students and engage in hands-on cultural teachings and workshops.

“The event offers the possibility, hope, and opportunity not only for the enhancement of educational outcomes but, conceived broadly, for the health and wellness of broader communities,” reads Humber’s website.

Cree professor and symposium speaker on the “Ethical Space” concept, Willie Ermine, was among the Nov. 17 keynote speakers.

Featuring the relevance of Indigenous ancestral knowledge on postsecondary education, Ermine spoke on the importance for an ethically responsible institution that can further contribute to the reconciliation process with Indigenous people.

“It starts by acknowledging who had a foot in this land before we did,” Ermine said. “Their presence is and is going to be embedded in these places forever.”

To show appreciation for its Indigenous students, Humber has introduced multiple awards, bursaries and scholarships ranging from $2,000 to $40,000. It has also mandated Truth and Reconciliation training and certificates for its programs. This supports Humber’s 2018-2023 Strategic Plan by expanding and enhancing Indigenous programming and research.

“Success is shaped not only by our capacity to dialogue and transform differences but also the extent to which diverse communities can equitably contribute to the conversation, share resources and implement change together,” reads the Virtual Indigenous Knowledge website.