Ethiopia a year after a brutal war with itself 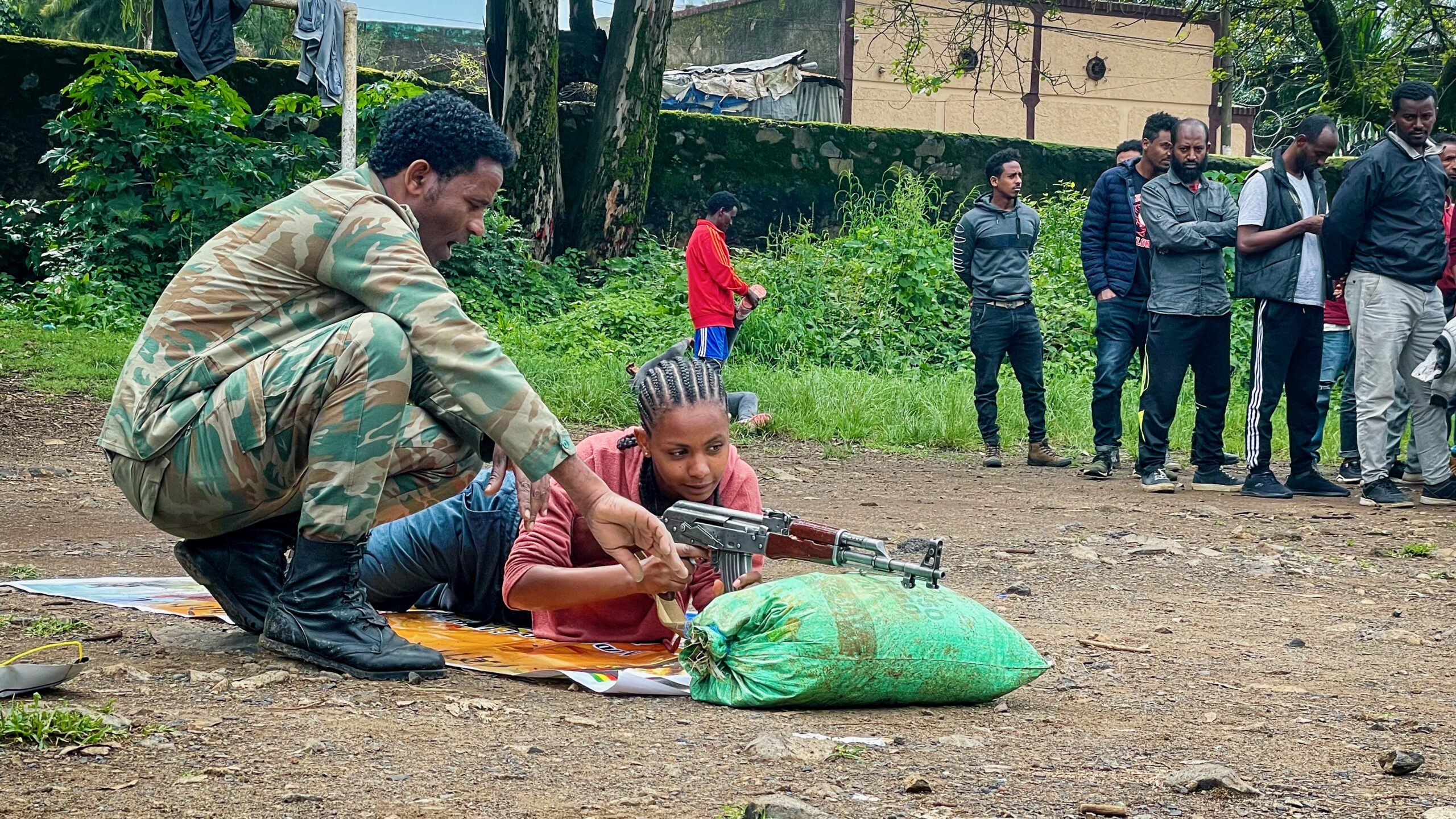 When the conflict between Ethiopia’s government and the Tigray People’s Liberation Front began, Habtamu Desalegn saw it as “another country’s conflict.” But now it’s just around the corner from his hometown.

“It’s no longer just a Tigray’s problem, it is a disease all Ethiopians are infected with,” Desalegn said. “This civil war it’s a non-stopping cancer.”

Desalegn, who is currently living in Uganda, told Et Cetera the majority of his family is still living in Sululta, in central Ethiopia.

And it is just an hour’s drive away from the capital Addis Ababa, where the government’s militarily fortified the industrial town with trenches, tanks, and civilian troops along Sululta’s north entrance.

“Sululta is being turned into the Chinese Wall but for Ethiopia’s capital,” he said. “My family is trying to escape from the country before the battle takes place outside our house.”

After being at war with itself for more than a year, Ethiopia, the African Horn’s most populated country, faces a “full-scale humanitarian emergency,” the United Nations High Commissioner for Refugees (UNHCR) said. The hostilities have left a death toll that surpasses a thousand victims and more than 2.5 million civilians have been forcedly displaced.

In response, Prime Minister Abiy Ahmed Ali summoned civilians to take up arms to block the rebel’s advancement while declaring a national six-month state of emergency on Nov. 2.

That redirects the national budget to financing the war, allows the government regulate the media and centre constitutional power in Abiy’s hands.

“This is one of the government’s last resources to fight back, it gives it absolute liberty, which is terrifying given what they have done so far,” said Solomon Tesfaye, an Ethiopian citizen refuge in Sudan.

Abiy won a Nobel Prize for Peace in 2019 for his role bringing peace to the region in resolving “the border conflict with neighbouring Eritrea.” He was appointed a year earlier by the Tigray People’s Liberation Front (TPLF) as prime minister, and worked to end a decades-long war with Eritrea. But it put him in conflict with the Tigray’s political movement.

“He —Ahmed— became a traitor for doing the only good he has done to this nation because from there on he has only done harm,” Tesfaye said.

“He talked about peace and union, he promised to do better, but now war it’s his only solution,” Desalegn said. “He’s not different from the TPLF in that way.”

Over the last year, the Ethiopian government has denied harming civilians within the civil war. However, the UN Human Rights Observatory believes the contrary, warning about war crimes.

“That’s why you try to avoid war, because civilians are ultimately paying the price of having their human rights abused and most of their lives lost,” said Kibreab Mesfun, Ethiopian-Canadian citizen.

This war has affected areas of the country differently. Mesfun said while the south-central part has suffered from the economic impacts of less foreign investment when compared to the northern states, their situation is good.

“You can’t confirm the numbers because there’s no independent media coverage,” Mesfun said. “But what is known is that there are cuts to essential services needed by the most vulnerable populations.”

Without stable water, electricity, or food supplies, communities in Tigray are left in a vulnerable position and added to the war stress resulting in massive immigration flows into Sudan, the UN said.

As the conflict escalated, Global Affairs Canada announced the withdrawal of the dependents of Canadian High Commission staff and non-essential personnel from Ethiopia.

“The situation in Ethiopia is rapidly evolving and deteriorating. The safety of Canadians is our highest priority and, as a result, the decision was made,” Global Affairs Canada said.

“This war in one year has been more devastating than the Ethiopia-Eritrea borderline war that took decades,” Mesfun said. “The affect has been greater, as more than the Tigray region is being dragged into.”