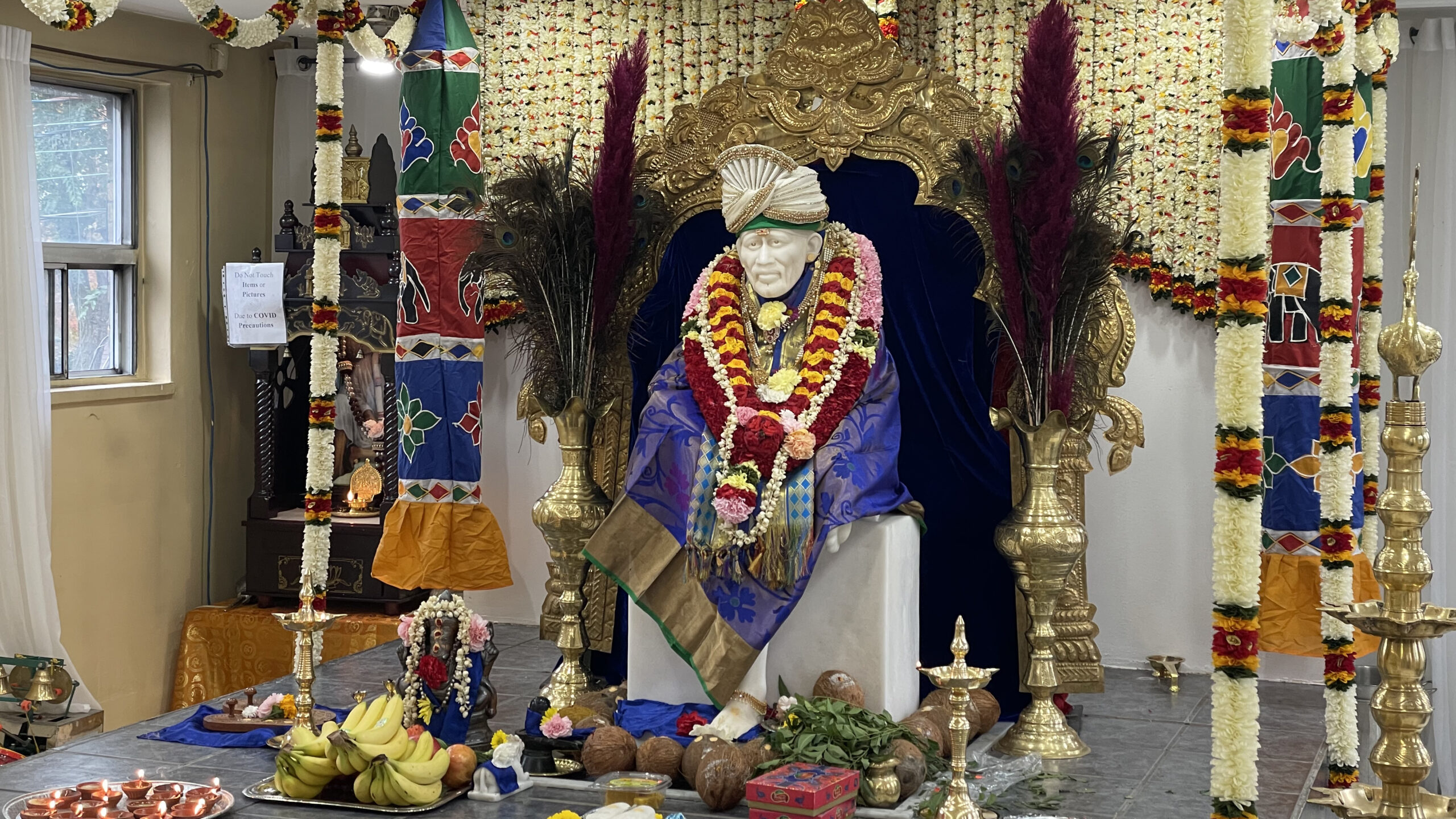 Diwali or Deepawali was celebrated on Nov. 4 this year. The festival symbolizes the spiritual “victory of light over darkness, good over evil, and knowledge over ignorance.”

To prepare for Diwali, people will clean houses, illuminate the front door and the roof with diyas (oil lamps) and draw rangoli (patterns with coloured powder). On the day, they pray to Lakshmi, the goddess of wealth, fertility and good fortune, wear traditional clothes, light up fireworks, partake in family feasts and distribute sweets.

Humber College decorated the North Campus, the cafeteria and the International Centre with Diwali bunting, stickers and the Indian flag. Indian students drew mehndi (henna) and wearing bindis (coloured dots) on the forehead.

Amya Khanna, a student in the culinary program, celebrated Diwali with her roommates.

“I was really sad. I always celebrated Diwali with my family but after coming to Canada… it’s been so lonely,” she said. “My friends tried to cheer me up and bought me my favourite sweets. My day went better after that.” 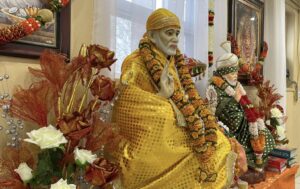 Diwali or Deepawali was celebrated on Nov. 4 this year. The festival symbolizes the spiritual “victory of light over darkness, good over evil, and knowledge over ignorance.” PHOTO CREDIT/ASHIMA AGNIHORTI

Because they’re thousands of kilometres away from their loved ones, Indian students weren’t able to fully enjoy Diwali. The nostalgia of home-cooked food, missing the smell of diyas burning and the now silent chatter of relatives made them miss their families even more.

“I will try to attend many events so I don’t feel as sad,” Khanna said. “I really wish to introduce Diwali to my other foreign friends, I am sure they will love it.”

To celebrate Diwali in Canada, Niagara Falls will be illuminated in gold while Brampton announced fireworks across the region are permitted on the day. On Saturday people can go to Adda Bistro on Queen Street East to attend a Bollywood music party.

The Jai Shirdi Sai Baba Samasthanam in Scarborough decorated the figures of Sai Baba, an Indian saint that lived in the 1800s, with necklaces bound together with vibrant-coloured flowers. They draped his statue in blue cloth with golden details. His famous sandals were kept inside a circle of marigold flowers.

Amala Murthy has been worshipping Sai Baba since she was five years old.

“I know my connection with him is a bond stronger than love,” she said. “He looks the most handsome at Diwali, I try my best to dress him up pretty.” 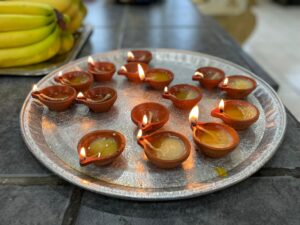 A Diwali Diya is a small lamp that is lit for Diwali (New Year’s in India). Diyas are made of clay with Ghee or oil used as the fuel and cotton wool as the wick. PHOTO CREDIT/ASHIMA AGNIHORTI

Murthy loves to light up firecrackers.

“They are the best,” she said. “The adrenaline from lighting them up and then running away as fast as I can gives me so much joy.”

The most popular firecrackers are sparklers, roman candles, fountains, rockets and the barrage. Indian cities are consumed by constant bursts of fireworks that can be heard across the city during Diwali.

New Delhi, being the most polluted state in India, banned fireworks from being sold and used. However, people found ways to light up these fireworks and the air quality in the state changed to severe.

“I wish all those celebrating in Toronto a wonderful Diwali,” he said.

Prime Minister Justin Trudeau went to Brampton to help make boxes of sweets for families observing Diwali, and wished everyone a happy Diwali.