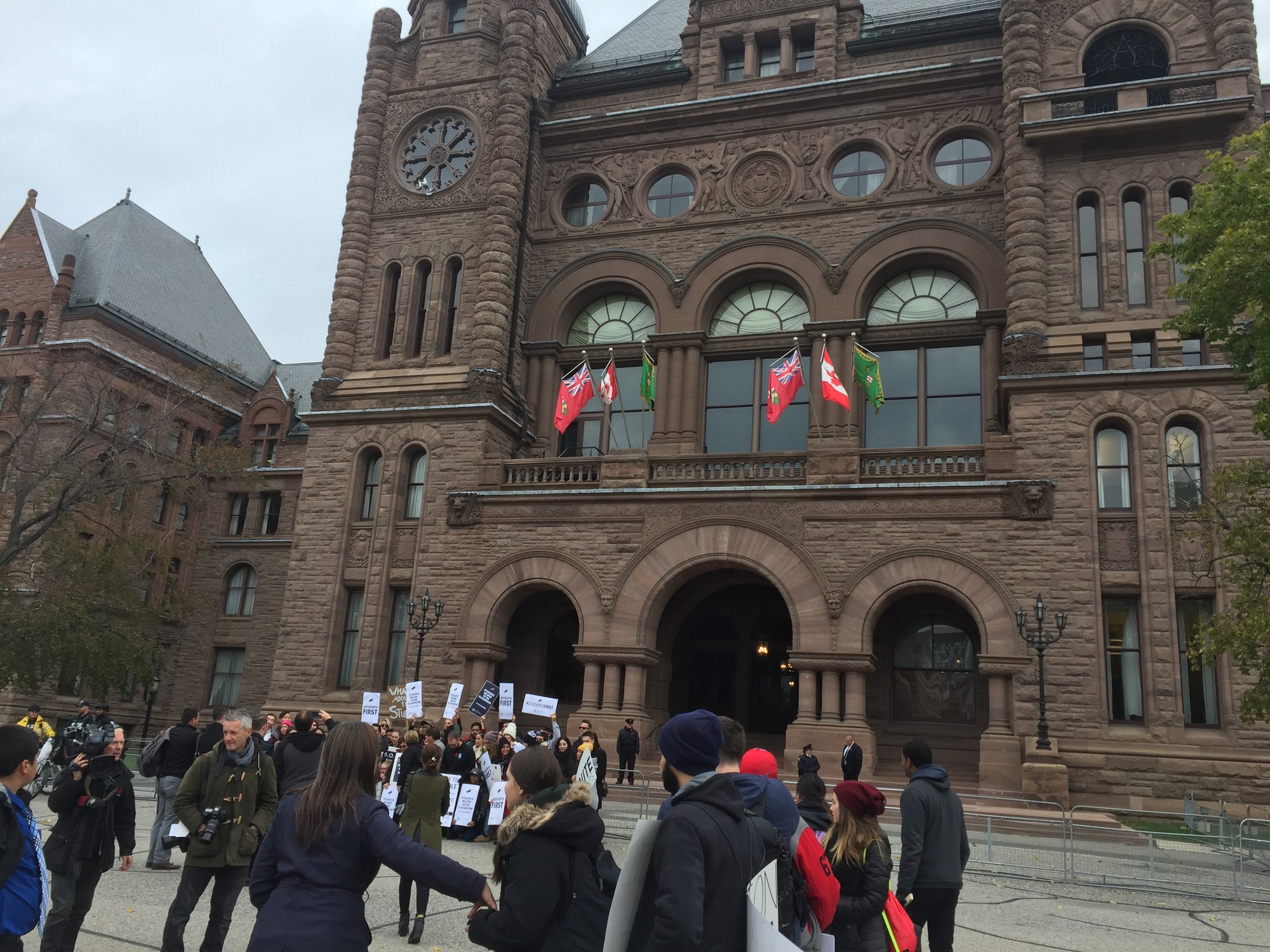 Negotiations for a new collective agreement between Ontario’s 24 public colleges and the faculty union broke down Thursday evening, opening the door to a strike or a lockout that could interrupt classes provincewide.

Talks had only just restarted between the College Employer Council and CAAT-A with a government-appointed conciliator present when the CEC rejected the union bargaining team’s proposals.

The employer council rejected the union’s offer to avoid escalation through voluntary binding arbitration that would have brought a forced conclusion to negotiations.

More significantly, the council rejected the union’s most recent contract proposal and requested the conciliator file a “no-board” report, a required step that would come before any form of “labour disruption.”

The report will trigger a 17-day countdown towards action.

The colleges could decide to enact a faculty lockout or impose “terms and conditions of employment” that would force faculty to work until the collective bargaining is completed.

Meanwhile, the faculty union could decide to strike, but would first need to be a strike vote.

Both sides blamed each other for the talks faltering.

“The CAAT-A team is clearly no longer interested in bargaining,” CEC bargaining team chair Laurie Rancourt said in a statement.

“The colleges do not want students and employees to be negatively impacted because of the unwillingness of the CAAT-A team to bargain in good faith and work towards concluding a collective agreement.”

The chair of the college faculty bargaining team, JP Hornick, was adamant there was no need for escalation.

“The bargaining team has presented extremely low-cost, reasonable proposals that showed they had listened to the employer’s concerns with previous proposals,” Hornick said.

“These proposals support quality education, support students and communities, and are a path to a settlement with no escalation or labour disruption,” she said.

Hornick emphasized in a release that CAAT-A remains willing to bargain. Bargaining talks can still occur during any disruption to education.

The union’s bargaining team asked its members in an email seen by Humber Et Cetera to prepare alternative forms of contact for CAAT-A to reach them, a sign the union may anticipate a strike.

“I think that the CEC has been waiting the whole time to call for conciliation to kind of end this,” Vasic said.

Vasic said that a strike vote is part of what he described as a game of “poker” played by both sides.

“The point of it is really just to show the employer side we mean business,” Vasic said.

The last time a strike vote was held in 2017, 68 per cent of the academic faculty union voted in favour of a strike.

Vasic said the strike vote in 2017 was “weak” but towards end of the striking period, faculty discontentment with the colleges grew to the point that 86-per-cent of the union voted against a college offer that would have ended it.

The walkout lasted for five weeks before the then-Liberal provincial government appointed an arbitrator to force a final collective agreement ― a new contract that the union saw as a success.

The CEC and the CAAT-A bargaining team, under the Ontario Public Service Employees Union, have been negotiating since earlier this year.

Mediation of the two sides failed on Oct. 28, with mediator Brian Keller saying the union failed to negotiate in a “meaningful way.” The faculty bargaining team denied the accusation.

Many of the union’s requests are centred around workload limits, equality in the workplace and intellectual property rights.