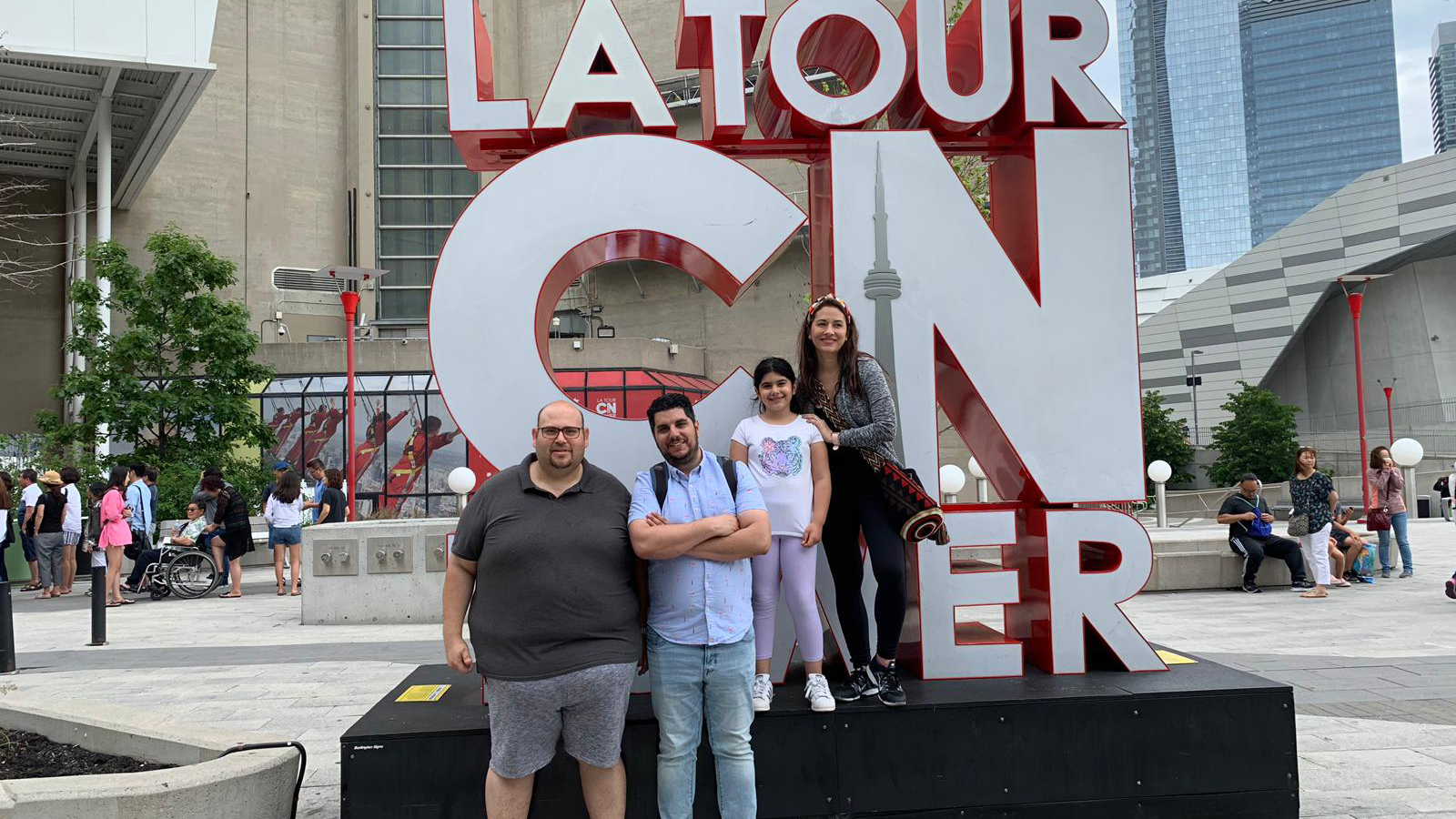 When families migrate to North America, they are almost always looking for better economic opportunities and a brighter future for their children.

The dream does not always come true, and rising inflation, along with the global pandemic, is making major transitions more difficult. This is a story about one family’s Canadian dream, and their experience of watching it slip away.

Daniel Moreno, a graphic designer and illustrator from Spain, moved to Canada with his Colombian wife Xiomara and their two daughters in 2016. They initially lived in a small two-bedroom apartment in Toronto.

Moreno and his wife could only fit a bed and small desk in their room and had to squeeze past the furniture to reach the closet. With two daughters, aged 10 and 19 at the time, there wasn’t enough space and privacy to go around and tensions grew.

Since he started working at home due to the pandemic, Moreno also lacked space to set up an office, so he worked from a hot and cramped living room.

The apartment, as inadequate as it was to their needs, cost the family about $2,300 a month.

Close to the end of 2020, the family moved to Mississauga, to a larger flat. They hoped to purchase their own home. But rising housing costs and the inflation that eats into their income is throwing that dream further into the future.

“Household costs in Canada have skyrocketed in the past few years, especially since the pandemic,” Moreno said.

“Prices have become prohibitive, even for high-income families,” he said. “A semi-detached home about one hour away from Toronto costs about $1 million, which means we would need $200,000 as a down payment.”

Moreno works about 16 hours a day, every day, in order to save for that down payment, pay for his eldest daughter’s college tuition and other living expenses such as food, gas, and clothing.

Not surprisingly, the workload took a toll on his mental health as he was working to “survive,” he said, not to live.

Moreno expects he might have to leave Canada, in part due to the bureaucratic barriers facing immigrants.

“Paperwork is constant and extremely expensive for those who want to stay in the country,” he said. “They are extremely draining processes which the Government of Canada profits from, as you have to pay for lawyers, paperwork, translations, medical examinations and many other fees.”

Moreno estimates he has had to spend about $30,000 so that he and his family can meet all requirements to stay in the country.

The Morenos are alone in Canada and, given the demands of earning enough to make ends meet much less get ahead, have found it difficult to build new relationships.

“It is difficult to have a support system here,” Moreno said. “Many people I have encountered here only try to establish a relationship if there is a chance they can gain something from it, and that would be mostly money.”

“Not long ago my wife had surgery, and because we are alone here, I had to rush to the hospital and leave my youngest daughter alone at home for about three or four hours, since the eldest was not in the city at the time,” he said.

Sometimes, when the barriers are hard to climb, and seem to multiply month by month, the most cherished of dreams slip away.

Like Moreno, many immigrants share similar experiences. And if they haven’t left already, they know it’s probably only a matter of time.