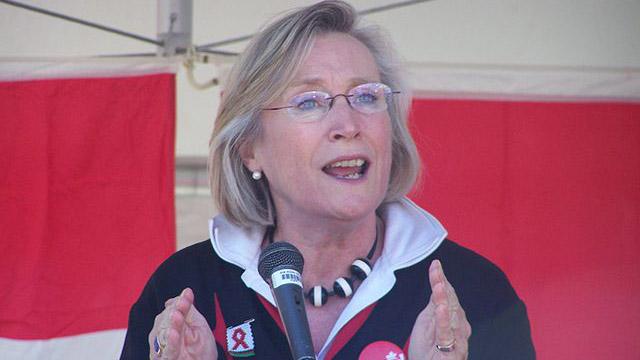 The federal government is dedicating $4.5 billion to mental health over five years and has a new federal ministry to back it up.

The challenges Bennett will face are large and growing.

Siobhan Kukolic, communications officer for the Canadian Mental Health Association’s Peel branch, said 41 per cent of Canadians “say their mental health has deteriorated since the onset of the pandemic.

“Rather than keep building on a system that responds to crises, we need to rethink our mental health system so it can promote mental wellness and prevent mental illnesses from taking hold in the first place,” Kukolic said.

Jason Baryluk, interim general manager and director of advocacy for the College Student Alliance, agreed there should be options before an issue develops.

“We’ve heard anecdotally that there are students who are living in their cars because they couldn’t find a place to live, and that’s not what we should be doing to support our students,” Baryluk said.

“So what I’d say they should be investing money in is solving the problems that contribute to these major mental health issues in the first place,” he said.

The interconnection between substance abuse and mental health is complex. Addiction experts report that about one-third of people with mental illnesses also abuse drugs or alcohol.

And young people are especially vulnerable to mental health problems, with Ontario Universities reporting that over three-quarters of mental health issues occur before age 25.

Not least of Bennett’s challenges will be addressing the opioid crisis that continues to take a huge toll across the country, most notably in British Columbia.

This week, B.C.’s chief coroner, Lisa Lapointe, reported a record number of deaths from illicit drugs, with 1,534 people dying from overdoses this year.

Her office said 181 people died in August and 152 more in September, the twelfth consecutive month in which drug-related deaths topped 150 in British Columbia.

B.C. recently applied to the federal government to decriminalize possession of small amounts of drugs for personal use as a step to addressing the crisis.

Access to safe supply and a shift from law enforcement to a health-centred focus is essential in reducing the death toll, experts say.

Ontario’s public health agency reports a steady increase in opioid-related harm in the province for more than a decade, with more than 2,400 people dying from opioid-related causes last year.

Ontario’s COVID-19 advisory science table reported in September that “rates of opioid-related harms, particularly fatal overdoses, have increased significantly in Ontario during the COVID-19 pandemic and have disproportionately impacted marginalized and radicalized populations.”

The federal government reports 22,828 “opioid toxicity deaths” across Canada between January 2016 and March 2021.