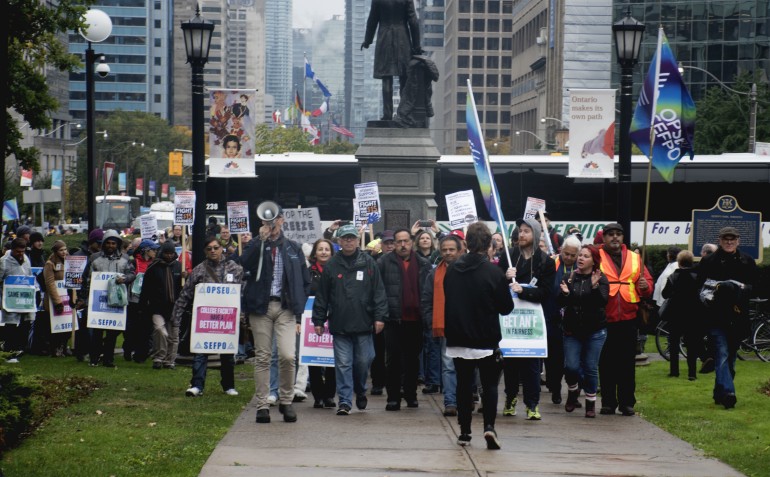 Negotiations for a new collective agreement between Ontario’s 24 public colleges and the faculty CAAT-A union broke down Thursday evening.

The CEC also rejected the union’s most recent contract offer and requested the government-appointed conciliator file a “no-board” report – a required step that comes before a form of “labour disruption.”

The colleges accused the union in a statement released Nov. 18 of not wanting to bargain.

“The CAAT-A team is clearly no longer interested in bargaining. We believe that we have no choice but to move the process forward,” said Laurie Rancourt, the chair of the CEC bargaining team. “The colleges do not want students and employees to be negatively impacted because of the unwillingness of the CAAT-A team to bargain in good faith and work towards concluding a collective agreement.”

Both sides will now consider a series of action items including a lockout or strike that would bring the education of Ontario college students to a screeching halt.

The colleges could also impose “terms and conditions of employment” that would force faculty to work until the collective bargaining is complete.

The union’s bargaining team asked its members in an email seen by Humber Et Cetera to prepare alternative forms of contact for CAAT-A to reach them at, a sign the union may anticipate a strike.