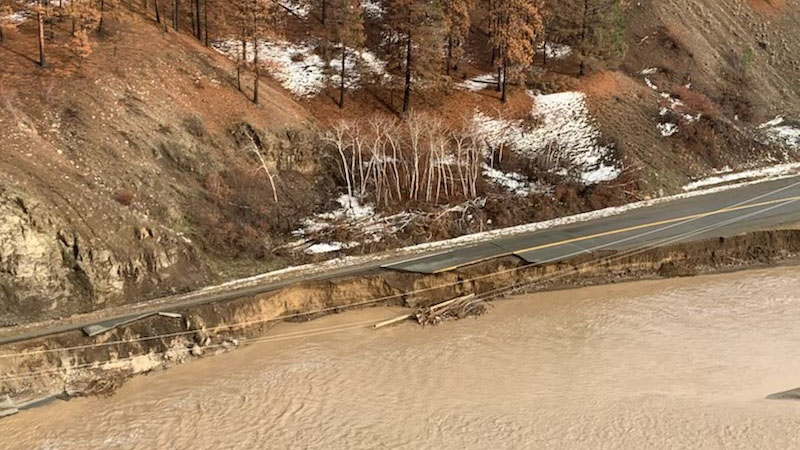 British Columbia is bracing for more severe weather, with rain and possible flooding expected on both its north and south coasts, as residents work to recover from last week’s catastrophic storms.

“We are still a long way from being out of danger,” Mayor Henry Braun of Abbotsford, B.C., said in a media release.

Environment Canada has issued dozens of winter storm, wind and rain warnings. Special weather statements have also been issued for Haida Gwaii and the north and central coasts, as the system brings tropical moisture to the area.

“Additional rainfall will lead to more pooling on the roads and that would be followed only by a short break until Wednesday when another system approaches,” Environment Canada meteorologist Derek Lee said in a statement.

Mudslides caused by the record rain resulted in five deaths along Highway 99, about 300 kilometres north of Vancouver. The first death occurred on Nov. 16, followed closely by the second four days later. The bodies of three more people have since been recovered and one person is still reported as missing.

Hundreds of people remain homeless after their properties were destroyed or badly damaged.

A state of emergency has been in place for more than a week, and the Canadian Armed Forces have been deployed to hard-hit areas to help with the recovery and clean-up from last week’s storms.

Abbotsford has been hit hard by flooding that left some areas underwater for days, and the city is now preparing for the approaching system.

“We are using projections to anticipate water levels and how they will intersect with the status of our dikes,” Braun said.

The dikes were built in a last-minute scramble with help from the military following flooding that destroyed homes and farms in the Sumas Prairie and led to the drowning of thousands of animals.

“At this time, all of our dikes have been inspected and damage assessed to the best of our ability, as some sections are not visible,” Braun said. “Four main areas needed repair, and these make up less than one per cent of the entire diking system.”

He said repairs for the dikes were 80 per cent complete as of Tuesday, and that “another five feet of height” would be added before the rain picked up on Thursday.