Whitaker leaves Humber more corporatized after a decade in power 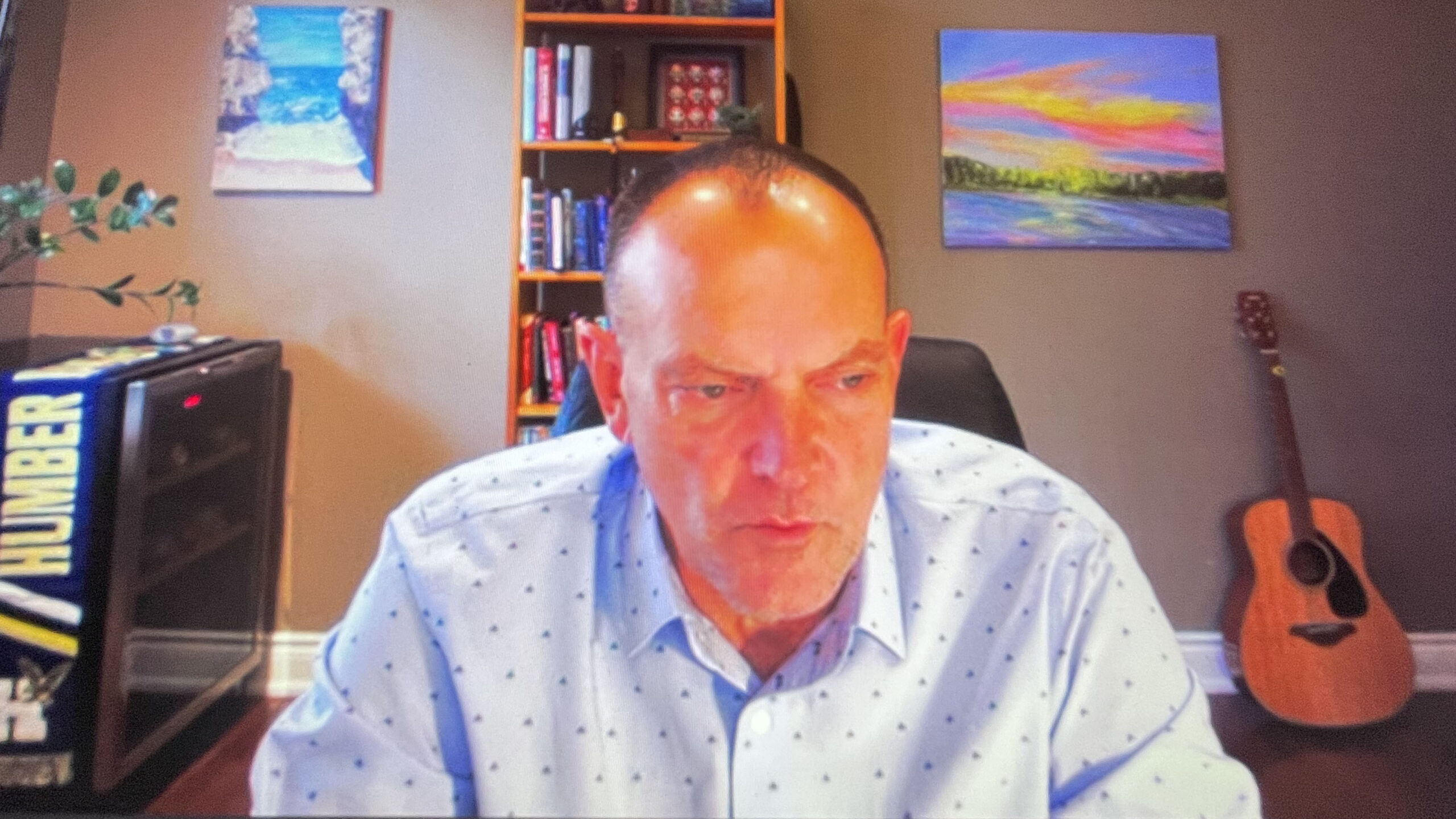 Chris Whitaker announced his retirement for next June after nearly 10 years as president of Humber College, leaving behind a legacy he’s proud of but some critics say made Canada’s largest college become a more corporate institution.

“Humber has been a wonderful experience and very rewarding and I’ve enjoyed every moment,” Whitaker told Humber Et Cetera in an exclusive interview this week.

“It’s an organization filled with great people, all focused on the same thing with a real culture of innovation and support for our students so I would describe it as is a wonderful time,” he said.

Whitaker has been president of Humber College since 2012, presiding over many changes and challenges throughout his term. June 20, 2022 will be his last day in office.

His two terms facilitated the construction of the Learning Resource Commons building and the Barrett Centre, bringing a complete facelift for the front-facing side of the college. He will also finish his term as the highest paid college president in Ontario, with a salary of about $433,000 this year.

Throughout his time at Humber, Whitaker has given great credit to the staff he has worked with over the years, and said they made his arrival comfortable.

“The transition to me was, of course, challenging,” Whitaker said.

“But it was made easy because there’s so many great people here that do a lot of the heavy lifting so it certainly made my transition here a lot easier than I would have otherwise imagined,” he said.

Whitaker is encouraged by all the opportunities Humber now has to offer on his way out, which now includes state-of-the-art facilities and equipment for students to gain valuable hands-on experience in a learning setting.

He cannot centre his legacy on any one project, but is especially satisfied with the LRC building that brought administration and student services under one roof.

Whitaker has experienced his share of challenges over his tenure.

“COVID is probably one of the biggest challenges that we’ve ever had and now it’s about just keeping people motivated,” he said. “Giving people confidence that we have the talent and skills to get through things.”

“I see everything as a learning opportunity,” Whitaker said.

“If you can create that sense of community, if you have the support of the people around you and you’re focused on doing the right things, that will get you through, and that has certainly gotten me through some of the times that were less than ideal,” he said

Professor Milos Vasic, who serves as the acting president of the local faculty union, said he’s seen the college take on a more centralized and business-oriented approach. Vasic doesn’t necessarily blame Whitaker for the change, but the atmosphere in his eyes has shifted.

“Humber has become a much more business kind of place,” Vasic told Et Cetera. “Which is more bureaucratic, intense, and more centralized.”

Vasic, president of OPSEU Local 562 worked at Humber from 2002 to 2004 as a sociology professor before returning to Humber in 2013 in the same role.

Whitaker agrees Humber has taken on a more business-oriented atmosphere and approach to operations, but he doesn’t view it as a negative but as a necessity to maintain income.

“I recognize the word bureaucracy; some people think that’s a negative word. but I think it’s a necessary word for a modern organization,” Whitaker said.

“One of the things that we’ve had to pay attention to is, like any organization like it or not, you have to have revenue to pay your expenses,”

Whitaker is hopeful this progress will continue long after his departure, and that Humber will continue to develop. The search is already on for who would replace him. Whitaker, however, isn’t concerned, believing his legacy will be carried on long after he’s gone.

“I know people often use that term, passing the torch, and sure, that’s a nice symbolic way of recognizing a new leader,” he said.

“But I would say that torch has always been firmly in the hands of every employee at Humber because they’re the ones that are passionate about what we’re doing,” Whitaker said.

With files from Eli Ridder.