Queen’s Park climate strike hears of fears for planet, children and their future 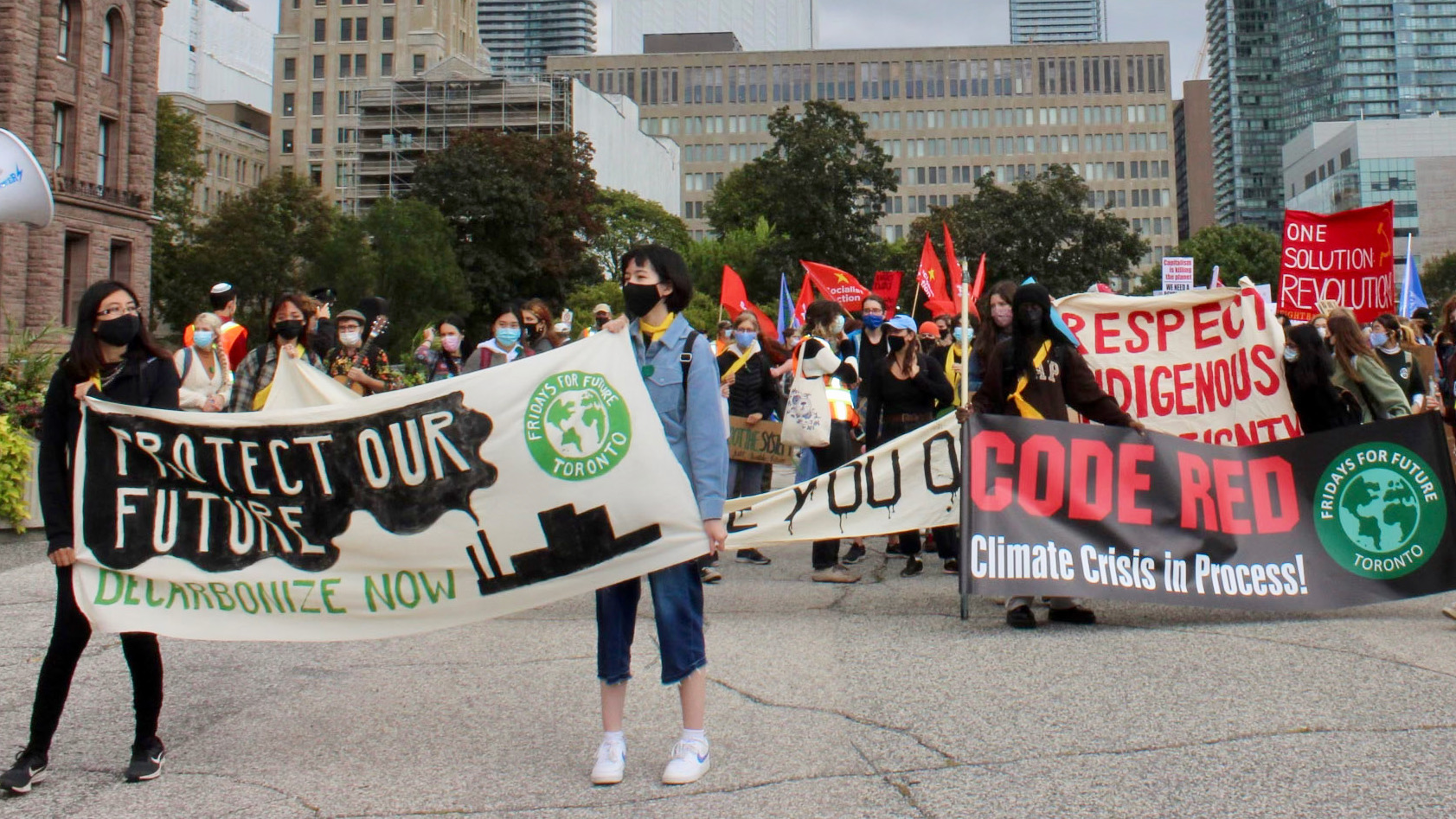 Wendy Julekhu, who was among the demonstrators at a Queen’s Park rally for action on climate change on Sept. 24, doesn’t mince words in describing what’s at stake for humanity.

“Climate change is important to me because if left unchecked, it means the end of life on our planet,” she said. “It means there will be no future for my children.

“I hope that this strike makes people aware of the issue, climate breakdown itself, and motivates others to (take) action themselves,” Julekhu said.

The demonstration was organized by “Fridays for Future Toronto” and billed as a strike for Global Climate Change and Justice.

Organizer Seigfried Hemmings said the location was chosen so “we can demand action in front of the legislative assembly.

“I really hope that the people who attended the protest are mobilized and educated on why we are striking and continue to educate others and build momentum for the movement,” Hemmings said.

Climate change involves global warming driven by human-generated emissions of greenhouse gasses through the use of fossil fuels. A recent United Nations report said some effects of climate change are already irreversible and time is running out for the world to take the steps necessary to reduce emissions.

Humber College student Bronwyn Keith told Humber Et Cetera it was clear that “it’s our duty to do what we can to stop it so we can save life on Earth, especially to help the wildlife that has no control over their environments being destroyed.

“Humans are the driving force of climate change,” she said.