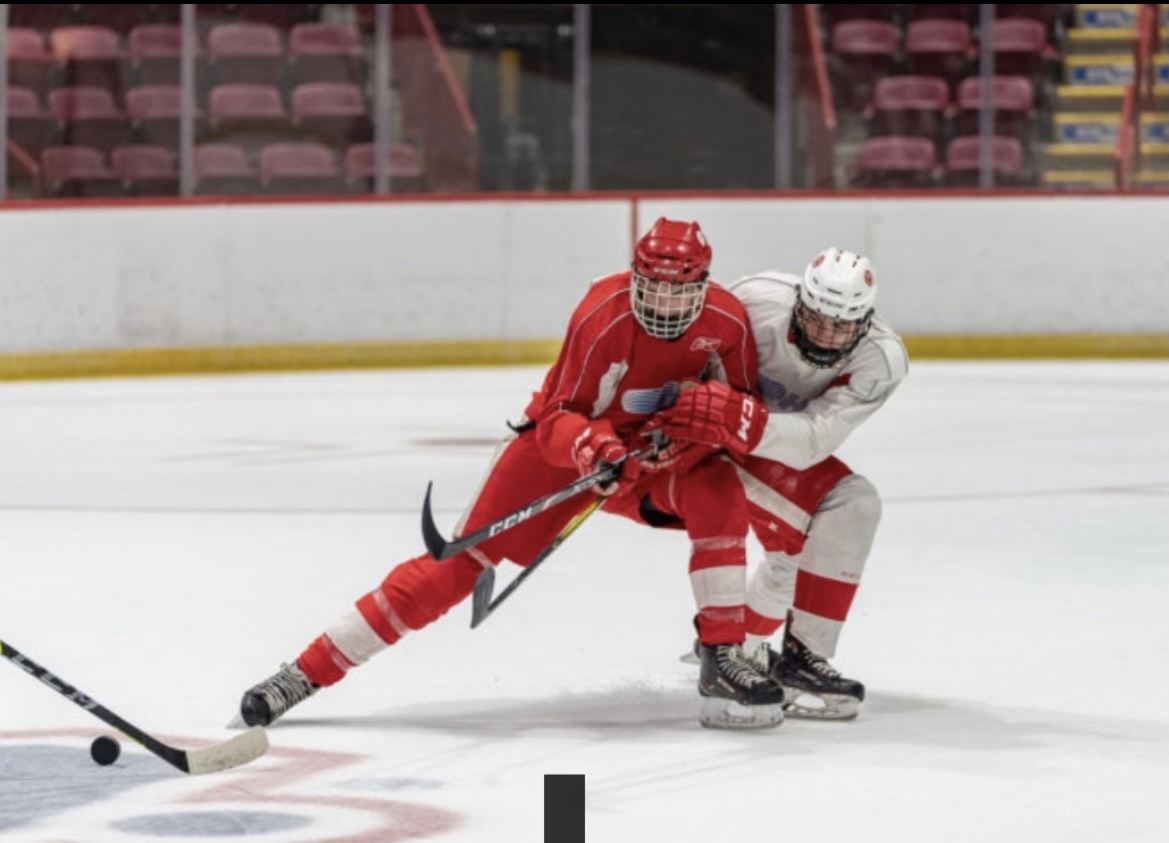 After a year and a half of hockey being on pause for all players around Ontario, Justin Spurrell finally gets his shot at competing for a spot on an OHL team.

Justin Spurrell, my 17-year-old brother, drafted by the Soo Greyhounds in the 10th round in 2020, finally got his chance to show coaches, managers and teammates his skills to make the team.

Travelling eight hours from his hometown of Brampton, Justin had time to focus on what needed to be done.

“I feel like I trained a lot this past summer to get myself ready for this year’s training camp,” he said.

After arriving at the Holiday Inn Express hotel in Sault Ste. Marie, Justin knew it was going to be a difficult and tiring week ahead of him. He called me every day through FaceTime to tell me about the day he had, and what was to come.

“The first day we did basic training, and physical tests,” he said. “The next day was on-ice training with the guys who got drafted the same year as me, some who didn’t make it the year before, and people who were already on the team.”

Throughout the week, Justin spent hours on the ice getting ready for the games. Coaches and managers watched to see who would be moving on to the next day of training camp.

“It was a game-by-game process, after practicing on the ice in the mornings we would have lunch with the team, go back to the hotel and get ready for the game,” he said.

It was nerve-racking not to be there to watch my brother play. Instead, I got updates from my parents — who were there — letting me know how Justin was doing and whether he got a point for his team that game.

Justin made it to the last round of cuts and had to play one final game against the players who were already on the Greyhounds, some who had already been drafted to the NHL.

Watching the game on the Soo Greyhounds’ YouTube channel, it was surreal to hear my brother’s name being called by the announcers any time he had the puck. I knew this was what he had always dreamed about.

Although Justin had a great first training camp with the team, the Greyhounds didn’t pick him for this year’s roster.

“I was pretty upset about it, that’s where I wanted to play this year and hoped to get drafted to the NHL from this team eventually,” he said.

We were all pretty disappointed about the news. But we knew there would be other opportunities to improve his skills for next year’s training camp.

After the training camp, Justin decided to take his talents elsewhere and play for the Powassan Voodoos of the Northern Ontario Junior Hockey League in North Bay, Ont.

“I thought the Voodoos would be a great fit for me, they’re a great organization and have had a lot of success in the past,” he said.

With the season just getting started, Justin already has one goal and three assists in his last seven games with Powassan. My brother and the rest of my family are excited to see where this year takes him, and what his future holds.